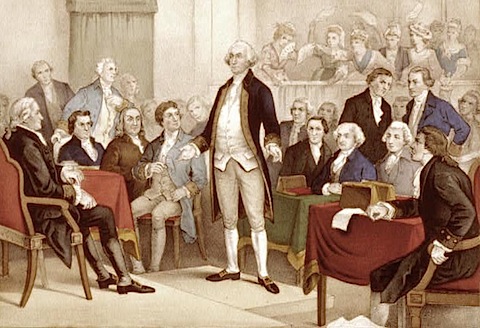 Uncle Marv numbers his socks with permanent marker, “1” for left and “2” for right. That way he gets each one on the correct foot and his toes are happy. He’s retired now but used to work on computers for NASA, back when a computer was bigger than a house. Uncle Marv is not my uncle. He’s my wife’s father’s uncle, by marriage, and only a few years older than my father-in-law himself. But despite the fact that Marv isn’t my uncle, he wants to know all about my uncles and aunts and parents, grandparents, etc. Marv’s hobby in retirement is genealogical research. He lives to grow and prune and graft the family tree. So he listens greedily, opens his laptop, and his bony, almost transparent hands peck at the keys while I recite names and dates for him.

According to Isaiah Berlin, “only barbarians are not curious about where they come from.” This may be unfair to barbarians. Most of us sooner or later develop an interest in our origins. Of course, no one is defined by genealogy. People are more than ancestry, and blood is only a single factor among many that shape a person’s life and perspective. But understanding something of our ancestry can help provide us with a sense of our place in history, our role in the story of a family, a nation, a culture.

We Americans like to imagine they’re products of spontaneous generation, untethered, free to define themselves however they will. There may be some historical and personal truth to that. Most of us were planted here by ancestors who left (or were taken from) an old world in Europe, or Asia, or Africa, for the sake of a new one. The “discovery” and colonization of the Americas, and the building up of new polities here, is one of vastest, most complex chapters of human history. What’s a single family’s – or a single individual’s – place within it?

Ironically, the less you know about your family history, the easier it may be to answer that question. Lytton Strachey calls ignorance “the first requisite of the historian – ignorance which simplifies and clarifies, which selects and omits.” A few names and dates will provide a convenient frame for narrative. The more you uncover, the more complicated things become and the harder it is to draw a story that satisfies. You have two parents, and four grandparents. But move backwards ten generations, not counting your own, and you’ll have slots for more than two thousand direct ancestors. At fourteen generations, the total number leaps to thirty-two thousand.

It’s been about fourteen generations since my earliest colonial ancestors came to North America. My favorite is Thomas Minor, a tenth great-grandfather who, I was shocked to discover, has his own Wikipedia page. Thomas was born in Chew Magna, Somerset, in 1608 and came to New England in 1629. He kept a diary the last three decades of his life, and though it was printed only once (in 1899), you can read it online. The seventeenth-century orthography is charming and difficult, but most of the entries are brief. Grandpa Minor does not philosophize. He describes planting crops, receiving visitors, killing wolves, and serving as interpreter between settlers and natives. He also describes marching in the Connecticut militias during King Philip’s War, despite being more than sixty years old at the time.

I have a more northern, Yankee sensibility. It’s harder to feel the kinship with my Virginia Colony ancestors, which include families of some prominence, like the Wyatts, supposedly descended from the poet. The world of antique plantation-dwellers, leisure beneath the magnolias, and slave labor is just too foreign and repellent. My southern ancestors (a long line of daughters and presumably non-inheriting sons) left the South in the generations prior to the Civil War. Through the Wyatt line, however, I’m a very distant cousin to Robert E. Lee – just as, through the Minor line, I’m a very distant cousin to Ulysses Grant. It illustrates, in a prickly way, the investment of blood that my family has made in this continent.

And yet most of these people may as well be – and really are – strangers to me. Blood is quickly diluted. It’s an accident of history and record-keeping that their names and lines of descent are preserved while those of ten thousand others have receded into anonymity. I seem to have inherited the role of family historian, but though I like a good puzzle, my enthusiasm flags. There are some, like Uncle Marv, who trade in genealogical details with the fervor of pre-adolescent boys trading in baseball cards. Knowing your tenth great-grandfather’s name is something, but not very much. In practical value, it’s as paper-thin as a baseball card, and I was never one of those boys.