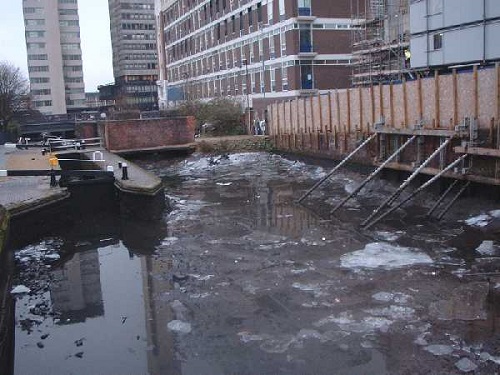 This week, strange happenings down by the filthy old canal…

I was out sashaying along the towpath of the filthy old canal the other morning when I was accosted by an ACRONYM – an Asbo-Carrying Ruffian Of Narrow Yob Mentality. He growled something unintelligible at me in his barbaric innit-sprache, which I countered by telling him, as bravely as I could, that I offered him the chance to turn himself from an ACRONYM into an ACROSTIC – an Asbo-Carrying Ruffian Of Spiritual Transfiguration In Christ.

Without waiting for his reply, I whipped out of my pocket my much-thumbed paperback copy of the Selected Poems of duck-mesmerising Victorian Jesuit Gerard Manley Hopkins, and immediately began to declaim, in a booming voice, “God’s Grandeur”.

“The world is charged with the grandeur of God. / It will flame out, like shining from shook foil; / It gathers to a greatness, like the ooze of oil / Crushed.”

The ACRONYM was too sunk in his vacuity to react in any perceptible way, but the words of Hopkins are shocking and mighty and irresistible, and I knew I had the upper hand.

Nearby, on a leaf, a mealybug unfurled its wings and soared high into the heavens.

My work was almost done. I took the ACRONYM by the hand and led him towards the church, where Father Boggis waited with an old rugged cross and a handful of nails. I patted my pocket, feeling for the hammer I carried there. I looked forward to landing the first blow, nailing to the rough wood the filthy ruffian hand I held in mine.

NOTA BENE : For readers outside the UK, it may be helpful to explain that an Asbo, or ASBO, is itself an acronym, for Anti-Social Behaviour Order, a terrifying deterrent to scalliwags, innit.