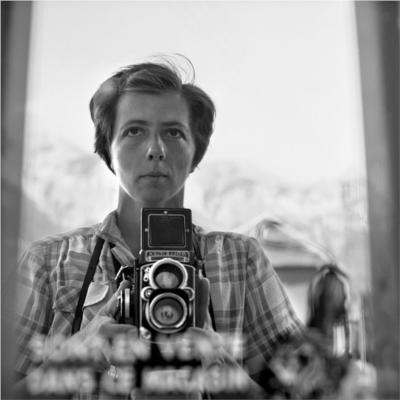 Around the middle of the 19th Century, Robert Schumann’s wife Clara, a brilliant pianist and sometime composer, gave up writing music because ‘no woman has been able to do it’, which, broadly speaking was true, and has remained so to this day. This misogynic view of women stemmed from the notion that they were (and are) commanded and controlled by their emotions and were thus incapable of abstract, objective thinking – and as painting, composing music and poetry, philosophy, and even the higher reaches of science require a certain objectivity, does this not go some way to explaining why almost all the great masters in these disciplines have been men?

However, an art-form where men have dominated, though not by any means completely, is the art of capturing light upon a sensitive surface (or nowadays an optical sensor). It is called photography and, over the span of the last one hundred years women have made an indelible impression, often post mortem.

The extraordinary life and work of Vivian Dorothea Maier [above] only began to emerge as she lay dying, unknown, following a fall, in a nursing-home outside Chicago in 2009. Little is known of the early life of this working-class American woman, save the fact that she spent much of her childhood in France, before working as a nanny for almost 40 years in Chicago, taking hundreds and later hundreds of thousands of photographs on her days off. This trove was auctioned in 2007 when Maier fell into penury and was unable to pay the modest storage charges to house the vast collection. The bulk of it was acquired by a Chicago property speculator and collector John Maloof, who quickly realised the artistic value of his purchase and set about first trying to find out who had created this mountain of mostly black & white images, and then making some sort of order from the jumbled chaos. This took several years, and was the inspiration for the film on Maier’s life ‘Finding Vivian Maier’ that followed in 2013. I watched the movie in stunned silence the other day, and what struck me most forcibly was the way that this modest woman, armed with just a Rolleiflex (ideal for sneaky shots) was able to capture the quiet essence of her subjects when, seemingly, standing right next to them. Was it a sort-of magic?

The music is the opening Prelude from the suite taken from the film music for Alfred Hitchcock’s creepy film Vertigo, composed by the brilliant New Yorker of Russian extraction, Bernard Herrmann. The now-famous falling two-note motif cleverly imitates the two fog-horns located at each side of the Golden Gate Bridge, forming an integral part of the labyrinthine story.

Another Dorothea, born in the 19th Century and therefore well placed to record the poverty of the Great Depression in the 1930’s, was Dorothea Lange. Her first marriage to the painter Maynard Dixon produced two sons, but after fifteen years she divorced Dixon and hit her stride after a second union, with the economist Paul Schuster Taylor, the pair setting out to record the desperate plight of the homeless and unemployed heading toward California in the hope of a better life. Her extraordinary picture of Florence Owens Thompson, ‘Migrant Mother’ is one of six exposures taken when Lange stumbled upon the family in Nipomo Mesa. The blend of dignity and stoicism on the 33 year old face of this American/Cherokee woman (looking, perhaps, 20 years older than she was), makes words seem rather trite. She died, aged 80, in 1983.

The gentle musical number is by the South Carolinan Samuel Beam, who trades under the name Iron & Wine.

In 1945 the landscape pioneer Ansel Adams invited Dorothea Lange and Imogen Cunningham, to become faculty members of the photography department at the California School of Fine Arts in San Francisco. Lange was just 50, but Cunningham was in her early 60’s, and a revered master in the fields of portraiture, nudes (often of friends) and, principally, a series of amazing studies of plant-forms. Her detailed scrutiny of Magnolias and Calla Lilies began in the early 1920’s and quickly made her name around the world. They are usually formalised as Silver Gelatin or Platinum/Palladium Prints, as in the short video.

These breathtaking images are perfectly partnered here by the intense beauty of In Pace in idipsum (In Peace Itself I Will Sleep), a motet by the 17th Century French master Guillaume Bouzignac, a predecessor of Charpentier and Lully, and a contemporary to Descartes. Music to stop the clocks, I feel.

3 thoughts on “A Way Of Seeing”