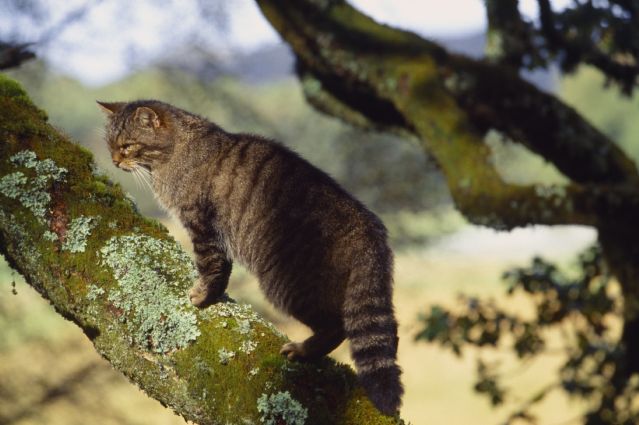 I’m glad that these day we can use Wikipedia to look up the answers to our questions, rather than having to roast a few cats…

Taghairm, sometimes interpreted as “spiritual echo,” or calling up the dead, was an ancient Scottish mode of divination. The definition of what was required varied, but may have included an animal sacrifice and involved torture or cruelty to animals and humans.

In one version of the taghairm said to be one of the most effective means of raising the devil, and getting unlawful wishes gratified; the ritual included roasting cats alive, one after the other, for several days, without tasting food. This supposedly summoned a legion of devils in the guise of black cats, with their master at their head, all screeching in a terrifying way.

“The divination by taghairm was once a noted superstition amongst the Gael and in the northern parts of the Lowlands. When any important question concerning futurity arose, and of which a solution was, by all means, desirable, some shrewder person than his neighbour was pitched upon, to play the part of prophet. This person was wrapped in the warm smoking hide of a newly slain ox or cow, commonly an ox, and laid at full length in the wildest recess of some lonely waterfall. The question was then put to him, and the oracle left in solitude to consider it. Here he lay for some hours with the cloak of knowledge around him, and over his head, no doubt to see the better into futurity; deafened by the incessant roaring of the torrent; every sense assailed; his body steaming; his fancy in a ferment; and whatever notion had found its way into his mind from so many sources of prophecy, it was firmly believed to have been communicated by invisible beings who were supposed to haunt such solitudes.”

Scottish historical novelist Sir Walter Scott scornfully described the last method in a footnote to his influential poem Lady of the Lake. He further adds that it could involve another situation “where the scenery around him suggested nothing but objects of horror.” However, Sir Walter Scott could not speak Scottish Gaelic and his concepts of Gaelic culture were sometimes distorted.

Other variations practiced have been recorded, and the same name has also been applied to other ritual customs. One variation of the ritual was said to summon a demonic cat called Big Ears, who would grant the summoners answers to their questions, and fulfill their wishes.