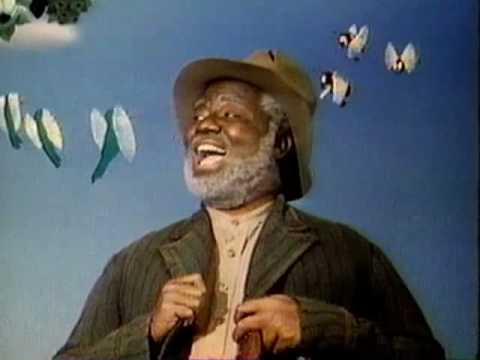 This week, Frank takes to singing in public…

I am angry, I am ill, and I’m as ugly as sin.
My irritability keeps me alive and kicking.

That was me, sitting bolt upright in bed upon waking at dawn, singing my little heart out, like a chaffinch or a linnet. I sang A Song From Under The Floorboards by Magazine. Now, regular listeners to my radio show on Resonance104.4FM, Hooting Yard On The Air, will be well aware that I cannot sing for toffee. Recite prose, yes. Sing, no. But while I would never dream of assailing the ears of an unsuspecting public by singing – or attempting to sing – on the airwaves, there is no reason why I should not do so in the privacy of my own home.

It has become apparent to me, you see, that the lives of people in film musicals have that little extra spark, simply because they have the facility to burst into song at appropriate moments in their day. I am not personally acquainted with any chimney sweeps, but it seems clear that Bert, in Mary Poppins (Robert Stevenson, 1964), as portrayed by Dick Van Dyke, almost certainly has a happier and more fulfilling life than the average sweep, simply due to the fact that he gets to sing about it. The same is true of many of the nuns in The Sound Of Music (Robert Wise, 1965). Their lives, circumscribed by the iron rules of convent life, and with Nazis running rampage outwith the nunnery walls, must have been fairly grim. Who can doubt that by belting out Climb Every Mountain once in a while, their hearts were immeasurably cheered?

Having recourse to a repertoire of songs also allows one to provide a musical commentary upon one’s day, which can be a straightforward reflection of one’s mood (Zip-a-Dee–Doo–Dah) or an ironic commentary upon it (Zip-a-Dee–Doo–Dah, Queuing In The Gutter For The Soup Kitchen Version). In the more anarchic musicals, of course, there is little or no connection between what is going on in the characters’ lives and the songs they choose to break into, often suddenly and without warning. It is this latter approach that appeals to me. After all, when I woke up I was not particularly angry, nor ill, nor even irritable. I may have been somewhat ugly, before preening and primping myself in the mirror until I took on the bedazzling appearance of an Aztec Sun God. But Howard Devoto’s Dostoyevsky-inspired ditty seemed just the thing, at the time, as did Hans Werner Henze’s raucous and discordant Essay On Pigs while I prepared what our Belgian pals call het ontbijt.

In musicals, the characters usually have the benefit of accompaniment, whether it be a full orchestra or, in certain trendy pop musicals, a beat combo. A penurious scribbler such as myself obviously cannot afford to employ a troupe of musicians to stand ready, out of sight in a corner of whichever room I happen to be in, to strike up the tune in those heady moments before I start singing. At the same time, one does not wish to limit oneself simply to an a cappella soundtrack. In the circumstances, the best thing to do is to throw caution to the winds and to carry on regardless. That is why, after breakfast, as I pottered aimlessly about before taking my morning stroll, I delivered a spine-tingling version of Oye Como Va by Santana.

Later, as I trudged along the towpath of the filthy old canal towards the newsagent, there was a fortuitous conjunction of life and song. I was accosted by a yapping dog which had slipped its master’s leash and was now making a canalside nuisance of itself. I could not help noticing it was a slow dog, with see-through skin, the kind of skin you can see through, so I sang Slow Dog by Belly, or as much of it as I could remember.

Though I decently refrain from singing into a microphone at the Resonance studios, and thus broadcasting my tuneless caterwauling to the masses huddled over their radio sets, I have no such compunction when I am out and about in my bailiwick. If I am overheard, say by a man trailing a leash in search of a fled dog on a canal towpath, I may stop my singing if, in sizing him up, I suspect he is intent on silencing me by means of violence. The wisdom of ceasing to sing when so threatened was brought home to me after a memorable incident involving a whirling tangle of intoxicated ruffians and my rendering of The Windmills Of Your Mind, famously sung by Noel Harrison, son of Rex, in the film The Thomas Crown Affair (Norman Jewison, 1968). That I was in the vicinity of a windmill at the time was perhaps pertinent, as was the fact that the ruffians had been drinking all day in a squalid tavern called the Cow & Pins.

Most of the people whose ears may be assaulted by my singing out of doors will not actually beat me insensible, as the ruffians did. They will simply pass on by, perhaps with a look of reproach, or pity, or nausea. But it once happened that I was on my way to the newsagent, trudging along the towpath of the filthy old canal, when I encountered a trained, professional, indeed famous, musician. He was standing on one leg, playing the flute. I wish I could remember his name. Anyway, along I came, happy as a lark, singing Jack In The Green by Jethro Tull, and this fellow, rather than ignoring me or attacking me, gave me a useful piece of advice. Why, he asked, did I not limit my repertoire to works intended to be performed in Sprechgesang, or even better Sprechstimme? I need not sing at all, but could still indulge my musical passion. Well, all I can say is that I tried it, for a week or two, but quite frankly Schoenberg’s Pierrot Lunaire begins to pall after a while, and there are only so many bits of grumpy Germanic avant garde folderol a man can tolerate. The Hans Werner Henze piece works well enough before breakfast, but after that I like something a bit less… difficult.

That is why, today, on my way back from the newsagent, I sent whole flocks of birds scattering from their perches with a spirited rendition of Hungry Freaks, Daddy by the Mothers of Invention.

2 thoughts on “My Life As A Musical”