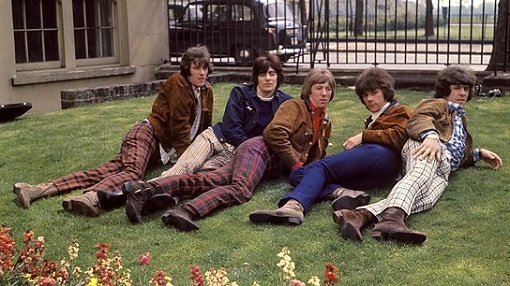 Few of Dennis Beerpint’s groundbreaking poetical works imagining the violent deaths of 1960s pop bands survive, but the one about Dave Dee, Dozy, Beaky, Mick and Tich thankfully does…

Brit’s recent postage of unnerving poems for children reminded me of the work of the little-known poet Dennis Beerpint. In the 1960s, Beerpint wrote a series of verses in which he subjected the pop stars of the day to hideous deaths. Having, in the previous decade, tasted exquisite failure with his short-lived “beatnik skiffle” group, The Hoity Toity Beerpints, it is likely that the poet was exorcising his own internal demons. Verses such as Gerry & The Pacemakers Broken On The Wheel were considered too gruesome for publication, even in Record Mirror, and Beerpint resorted to the standard practice of the hapless versifier, duplicating his poems on a photocopier, stuffing them into a carrier bag, and hawking them to indifferent passers-by on the rain-sodden streets. Few of his works have survived. Here is one of them:

Dave Dee, Dozy, Beaky, Mick & Tich
One night in the wood encountered a witch.
She was a bricklaying witch and she carried a hod.
She asked “Which of you is Wynken, which Blynken, which Nod?”
Beaky replied on behalf of the five,
“That trio is fictional, but we are alive.
They appeared in a poem by Eugene Field.”
With these words the fivesome’s fate was sealed.
The witch’s countenance became twisted with hate
She cried “I’m his childhood sweetheart, Captivity Waite!
He abandoned me, the cur, the dog,
Yet my name is immortalised in his autobiog,
The Love Affairs Of A Bibliomaniac”,
And then, maddened, she started to whack
Dave Dee and Dozy and Beaky and Mick
And Tich with brick after brick after brick
Until in the wood in the dead of the night
The soul of each pop star took heavenward flight.
Their mortal lives gone, they sat next to God,
Despatched by the bricklaying witch with a hod.