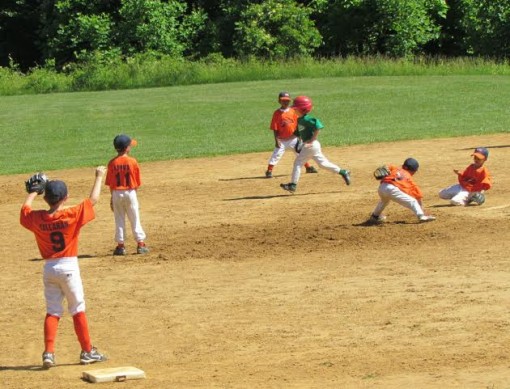 I celebrated my birthday this month and realized that I have now lived in the U.S. for exactly two thirds of my life. My early years in England seem, well, a lifetime away. My England was the England of the 1950’s and 60’s, a place that no longer exists. Sometimes when I read news reports in the British press I just don’t recognize or understand my country. Like the debate about the government’s desire to instill a strong sense of “Britishness” in the populace. Isn’t it a quintessential mark of Britishness to resist such efforts? I can identify with my mother’s feelings about her home country, Belgium. During my childhood she often talked, with a touch of sadness, about how she felt a stranger when she went home for a visit. She left a war-ravaged country struggling to recover from the German occupation. The new prosperous, determinedly bourgeois Belgium was a strange land. But did she feel English? Not really; her accent marked her as a foreigner, though of an indeterminate kind. She was indignant when sometimes mistaken for German. But over the decades there is no doubt that her outlook and interests were shaped more by England than by her homeland.

I may still feel English through and through, my “Britishness” strong enough to pass muster with the present government, but there are times when I must face up to just how American I have become. One such moment occurred on a recent Saturday in a local park as I watched my six-year-old grandson’s baseball game.

The first time I attended a baseball game I took along a book to read. What little I knew about the game suggested I might get bored. I thought baseball seemed a bit too much like cricket, long and leisurely and devoid of the visceral thrills of football or soccer. But I barely opened my book, not to actually follow the game, but to soak in the atmosphere. The stadium we went to, Oriole Park at Camden Yards in Baltimore, is considered a classic of retro-ballpark design. Situated in the former rail yards of the Baltimore and Ohio Railroad’s Camden Station, the ballpark is a model of historic preservation and repurposing. The old warehouse, now team offices, is a massive structure that was once the longest building on the east coast. It looms over the field, a majestic relic of the grand age of American railroads. The view from the stands is magnificent enough to distract from any longueurs in the game. For me the leisurely nature of baseball became a plus, leaving plenty of time to wander the stadium, eat hot dogs, drink beer, and generally soak up the atmosphere of families enjoying a sunny afternoon out in a beautiful setting. The news from England at the time was full of accounts of football hooliganism.

My son played youth baseball – I still remember the thrill of his one and only home run. The surprising crack as his bat connected with the ball, the cheers as the ball soared out over the fielders’ heads, the cloud of dust as he skidded into home plate, the lump of parental pride in my throat. These are the sights and sounds and emotions of baseball that inspire American writers to wax rhapsodic in a way they don’t for any other sport. The heroic ballad Casey at the Bat, first published in 1888, is one of America’s best-loved poems. The essays of Roger Angell and Red Smith, The Boys of Summer by Roger Kahn, and Moneyball by Michael Lewis are just some of the classics of baseball writing. Even George Will, the surly and out of touch columnist for The Washington Post, goes all soft and cuddly when he writes about baseball. The game seems to represent all that is best about America, an idealized past that can live again whenever and wherever a baseball game is played.

So on a recent Saturday I rose early and drove out to a neighborhood park to watch my grandson’s final game of the season. It was a quintessential American scene. Parents and grandparents gathered around the diamond in folding chairs, dads coaching the teams, younger siblings playing catch on the sidelines to emulate their older brothers. And on the field little boys, somehow heartbreakingly beautiful in miniature versions of the uniform, white pants, long colorful socks, baseball caps obscuring their features so they seemed less individuals than iconic figures evoking a timeless American summer. I felt that lump in my throat again, proof, if any were needed, that I am now an American.

18 thoughts on “The Boys of Summer”