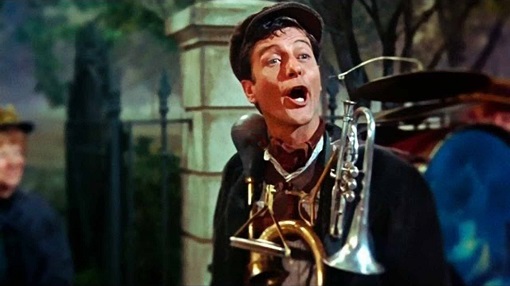 Sufferers from Foreign Accent Syndrome suddenly find themselves speaking with an alien accent. Douglas explains how you can get a piece of that action…

Every now and then news reaches us of a case of so-called Foreign Accent Syndrome. In 2011, for example, a middle-aged woman made a visit to her dentist for the removal of several teeth. She stepped into the fog of anesthesia a native of Bloomington, Illinois and an hour later emerged a native of someplace between London and Dublin. Such cases, we’re assured, are not unknown to medical science. But if I know you, dear reader, dazzling transformations of this sort leave you with a single, desperate question: “Where can I get a surgery like that?” You always wanted to sound foreign.

First things first. Before your insurer will agree to cover the surgery you’ll need a diagnosis. Talk to your doctor. An aural examination may identify you as a sufferer (for example) from Francopenia, Italopenia, or Moldopenia – that is, the condition of sounding insufficiently French, Italian, or Moldovan. Verbal pathologies like these are surprisingly common and generally picked up in childhood. Chances are that you suffer from more than one of them. Your doctor may be kind enough to offer a list of diagnostic alternatives. Choose one based on the deficiency you most want corrected.

Depending on your diagnosis, the procedure will vary in degree of invasiveness and unpleasantness, as well as recovery time. Correction of Francopenia, for example, falls on the relatively pleasanter side of things, entailing the intentional surgical deviation of the septum (assuring a nasal affect) and three weeks of intensive tube feeding on cream-based sauces, butter-cooked gastropods, and (naturellement!) pâté de foie gras. At-home recovery involves a month-long immersion in the music of Serge Gainsbourg and the dueling filmographies of Truffaut and Godard.

If, however, you are ill-starred enough to suffer from Russopenia (sounding insufficiently Russian), expect something more trying. Pre-surgical prep requires three months subsistence on a liquid diet of second-quality vodka and smoked tea. Then your abdomen is opened and stuffed with beets while your liver is removed, marinated in more vodka, and laid open to the abuse of a bare-fisted Cossack boxer who pummels it for three successive days. The poor defeated organ is finally set on fire and doused with sooty Moscow snow before being replaced. Successful treatment of Russopenia may reduce your life expectancy by one third.

There are other pathological possibilities. My wife, for instance, suffers from a condition not listed in any diagnostic manual: she’s often mistaken for being foreign though she has no accent at all. She seems to give off a sort of audio displacement field that steals brief snippets of verbal output from conversations no doubt occurring, in real time, on other continents. Or it may be that she’s perfectly well but those mistaking her for a foreigner (grocery store employees, mostly) suffer from a disorder that makes them hear accents where there are none.

He may blush at my sharing it, but as a kid my brother had a bad case of logorrhea. Our parents never brought him in for a syllabectomy; I suppose they hoped he’d grow out of it. Anyway, it’s a fairly common condition, as you’ll know if you’ve ever taken public transport or watched a televised presidential debate. Poor little guy. Classmates were always quoting Run DMC at him (“You talk too much, homeboy, you never shut up”), and the fact that he had a voice like Linus from Peanuts didn’t help things. I admit that I was a talky kid too, but my brother’s verbal incontinence was truly astounding: morning to night his whole day was one long messy vowel movement.

One thought on “How to Sound Foreign”