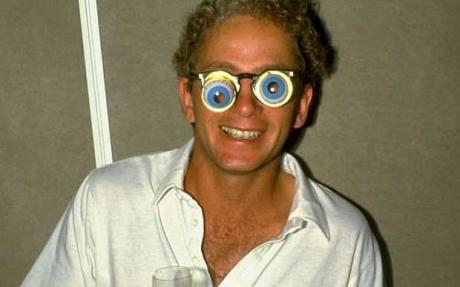 With his lazy, effortless elegance, few would dispute that David Gower was the most stylish batsman English cricket has produced. But does he count as a great?…

In a recent post on my blog The Old Batsman, I argued that the last indisputably great batsmen that England had managed to produce were Graham Gooch (debut 1975) and Geoff Boycott (debut 1964).

My reasoning went as follows:

Who was the last great batsman that England produced? The simple answer would be Kevin Pietersen, except that England didn’t produce him. So if not KP, then who? Ian Bell has a technique comparable to Virat Kohli or AB de Villiers, but not that extra gear that gives them such edge, such life. Michael Vaughan was a classicist too, and touched the heights until his knee gave way and the captaincy came along. Alastair Cook’s volume of runs will brook little argument once his Test career is complete, and yet his batting doesn’t reach across formats.

England produced great teams under Fletcher and Flower, but, Pietersen aside, there was no dominant player in the way that Australia had Ponting, India Sachin, South Africa Kallis, West Indies Lara, Pakistan Inzamam and so on. The fractured 90s gave us men of grit cast against overwhelming odds: Atherton, Stewart and Thorpe played great innings but it’s hard to set them amongst the gods.

For all of their faith and investment, England may have to go back to Graham Gooch and to Geoff Boycott to find batsmen of unequivocal, home-grown greatness.

There were some tremendous tweets and comments in response and one name came up repeatedly: that of David Ivon Gower.

To digress briefly, the point of a blog (to me at least) is that it’s written quickly, a sort of instant repository for a passing thought. Admittedly, the lack of research is a good get-out for whatever glaring omissions come along but when I wrote the post in question I’d thought of Gower, and had an undeniable flicker as I went to type his name alongside those of Geoffrey Boycott and Graham Gooch – and then didn’t.

I’ve had to question why. Statistically, Gower’s Test match average of 44.25 sits perfectly between those of Gooch and Boycott, as does his total of  8,231 runs. Many England fans, perhaps a majority, would pick Gower ahead of both in a heartbeat, and it’s easy to understand that. His languid, trippy batting was hardly difficult to love.

Gower’s Test career (1978-1992) was the first that I saw from start to end. I can clearly recall watching his first delivery, a pirouette pull for four from Liaqat Ali, a seamer who bowled left-arm over. It remains the one thing anyone remembers Liaqat for: from the beginning Gower was sprinkling stardust from his hem.

His batting lives in the memory as something shimmering and ephemeral. He used a wafer of a bat, the Gray-Nicolls GN400, a four-scoop version of the legendary GN100, and he hardly seemed to swing it, yet the ball whispered to the boundary. Watching him live, his pick-up and follow-through both felt late: the gods had given him time, and he understood how to use it. He was a dream.

This drives at the heart of the arguments about him. I’ve always been fascinated by the role that aesthetics play in sport. Who can objectively know whether Gower found the game easier than Boycott? It’s like trying to discover whether we all see colours the same. What’s possible to perceive is that Gower made it appear easier. By physiological fluke, through the notions of art and beauty, he looked better.

Once this was established a whole series of prejudices begin to apply. Gower’s public persona as the gifted dilettante was set. Like Kevin Pietersen, he didn’t seem overly bothered by getting out. Like generations of gentry, he appeared to regard cricket as a diverting way to pass the time, rather than an all-consuming obsession. Last in the nets and first out, that was David.

His county career pales when compared to Boycott’s or Gooch’s. He was apparently dropped from his school rugby team for ‘lack of effort’. In his long-standing role as a TV presenter, he conveys the impression that the gig is another extension of an enviable lifestyle. As with his batting, charm is persuasive.

And yet… You don’t score all of those runs without wanting to. No-one goes 119 Test innings without a duck by not being switched on from ball one.

Gower faced some fearsome attacks. His average and hundred count against Australia compares well with Boycott and Gooch, but against West Indies he made just one century and averaged 32, compared to Gooch’s 44.83 and five hundreds, and Boycott’s 45.93 and five tons. They both opened, too. It’s here, against the best of all, that perhaps Gower falls short.

What is greatness anyway? It’s easy to grasp when a player is considerably superior in terms of stats and longevity and success, less so when they play for a weaker side or burn bright and short. Ultimately, Gower’s batting spread joy and grew a love for the game in those who watched, and that is an enduring legacy.

It’s the best answer I’ve got, too…