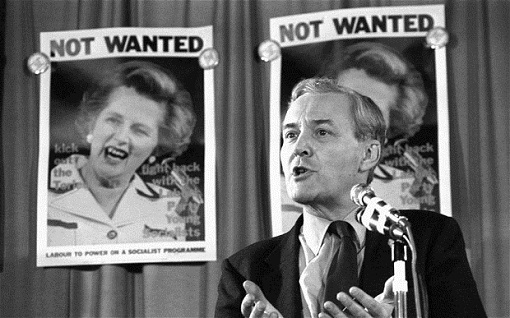 ‘piles: see Benn, Tony’… Just occasionally, a book’s index is a work of art in itself. Here, Jonathan Law finds some that offer a hilarious insight into 1970s Britain…

In a recent Dabbler Diary, Brit wrote interestingly about reactions to the passing of Tony Benn – that “indefatigable, articulate, admirable, unique man who happened to be completely wrong about everything”. To anyone like me, who first came to political awareness in the 1970s, the near unanimous warmth of the tributes can hardly be other than puzzling. I’m old enough (just) to recall the days when the same Benn was the most vilified man in Britain, invariably drawn by Cummings, Jensen, Jak and the rest with strobing eyes and the body language of a mad Nazi robot. You can’t help asking how and when that happened – the morphing of a once potent bogeyman into a cuddly cross between Alan Bennett and the late Queen Mother.

Seeking some enlightenment – and aware that my knowledge of Benn in his earlier incarnations was actually pretty vague – I looked him up in the index to Dominic Sandbrook’s Seasons in the Sun: The Battle for Britain 1974-79, a very thick book that has been languishing in my ‘to read’ pile for much too long. I was richly rewarded, if not entirely in the way I had expected. Sandbrook’s index turns out be a minor comic masterpiece and – by and of itself – one of the best things I have read about the 1970s. In case that sounds implausible, then here is an edited version of the entry on Benn:

Not only is that genuinely funny, but it also conveys the authentic texture of a life – and of a still puzzling era. The effect depends most obviously on Sandbrook’s eye for detail and his mordant turn of phrase, but it is surely heightened by the index form itself; the weird medley of items is made to seem all the more incongruous by our expectation of orderly analysis, logical arrangement. Nor is the Benn entry a one-off. Working through the rest of the index, I found myself repeatedly laughing out loud at the biographical entries, with their apparently arbitrary (and yet always very apt) choice of particulars. In much the same way, there is something deeply surreal about the index as a whole – a space where Bagpuss curls up next to the Baader-Meinhof Gang, Love Thy Neighbour is neighbour to the sinister-sounding Low Intensity Operations: Subversion, Insurgency and Peacekeeping, and Murdoch, Iris materializes next to Multi-coloured Swap Shop (now there’s an appearance I would love to have seen).

In all this, I suppose, the index acts as a faithful mirror to what we can all now agree was a very odd decade. Indeed, if you wanted a lurid snapshot of Britain at that time you could hardly do better than to compile a selection from the indexes to Seasons in the Sun and Sandbrook’s previous volume, State of Emergency – The Way We Were: Britain 1970-1974:

It’s the stuff of a thousand pop-culture retrospectives, to be sure, but with a strong current of fear and paranoia running right through it. And somehow all the more comic and unsettling for being laid out like that, in an orderly, alphabetical list.

All of which got me wondering about indexes in general – a subject to which I had never given a lot of thought, beyond occasionally cursing a bad one. Does an index have a point, beyond the banal but indispensable one of helping a reader to find stuff? Can an index ever count as literature? And what makes for a really useful, satisfying, or entertaining example of the form, like the two we have been looking at? (I ought to stress that Sandbrook’s indices – which I will assume he compiled himself – are very well constructed and user-friendly as well as continuously amusing.)

Of course, there are those who’ll try to tell you that the art of the indexer is now as obsolete as that of the farrier or the coracle maker. In the age of the computer-generated index and electronic full-text search, doesn’t the old-fashioned back-of-the-book list have, at best, a quaint artisanal appeal? Well, if that’s the case someone ought to be mounting a Campaign for Real Indexes (and while we’re at it, for Real Source Notes, the omission of which from any serious work of non-fiction is a disgrace). In the first place, a decent hand-crafted index will usually get you to the info you require much more efficiently than its digital equivalent. A computer-generated index can never really be more than a bare concordance of words and page numbers and, as we all know, digital search has a way of leading you up any number of blind (or at least, very short-sighted) alleys. But there’s more to it than that; a really good analytical index is also satisfying on an intellectual or aesthetic level. An index has an important taxonomic function – if the job is well done, the entire content of the book (and therefore of its subject field) will be laid out before you in a beautifully elegant hierarchy of concepts and sub-concepts, categories and sub-categories. I have heard authors say they never really knew what their work was about until they saw it indexed.

However, none of this can explain the browsing appeal – occasionally, the sheer entertainment value – of a really good index. I suppose any large, lively subject becomes potentially funny, if you strip it to bare bones and try to anatomize it; in its vitality and profusion, it will be constantly escaping any logical scheme that you can impose. Also, there’s the way in which an index aspires to an almost ghostly ideal of reason – only to have this undermined by the arbitrary nature of alphabet order, with its odd juxtapositions and strange feats of serendipity. You could get all post-structural and say that the A-Z arrangement – an accidental product of language – works against the pure conceptual order that is the Platonic dream of the indexer (if Derrida and the other big-shot Deconstructionistas never wrote about indexes, they really ought to have done). Oh, and a magpie mind and a witty way with words will go a long way too.

All this is pre-eminently true of Sandbrook’s indexes, which set out everything I half-remember or have since heard about the 1970s – but then give the whole thing a marvellous twist or twerk, sending the pieces of the kaleidoscope flying into new patterns and relationships. An anthology of the best bits follows (SOE indicates State of Emergency – the book about the Heath years – and SITS Seasons in the Sun – the one about Wilson and Callaghan):

Amin, General Idi: (SOE) Guardian praise for 254; hit on the head with a hammer 254; offers financial aid to UK during three-day week 593

Blackpool: (SITS) dearth of bread and cheese in 476

Callaghan, James: (SOE) hairstyle of 399: (SITS) embarrassed by nudity 46; as a gnarled tree 463; shocked by impersonation of homosexual cook 462

Healey, Denis: (SOE) promises to squeeze speculators until the pips squeak 622; tucks Barbara Castle under armpit 407: (SITS) does the choo-choo train 504; tells the left to go and fuck themselves 423

Maudling, Reginald (Reggie): (SOE) has brandy for breakfast 64; eats baked potato and caviar 512; watches A Clockwork Orange 448: (SITS) drinks a jug of Dubonnet and gin 669; likens Thatcher to a grub 670; summons up enough energy to be quite rude 670

Poulson, John: (SOE) incapable of designing a brick shithouse 509; sacks employee for having a beard 509

Waugh, Auberon: (SITS) claims that pensioners are being mercilessly raped 758; claims that Wilson is a KGB agent 72; declares war on dwarves, ugly women and New Statesmen journalists 792; stands for the Dog Lovers’ Party 455-6

Hilarious bonkers stuff. But isn’t there also, from our perspective – forty years on, and peering back across the great gulf of the Thatcher times – a strong pull of sadness too? Nostalgia be damned and perhaps I’m just imagining it: but doesn’t this long roll-call of once potent names carry the same inexplicable pathos as the lists of ships in Homer, of knights in Malory, of pagan gods in Milton? If for no other reason than that almost everyone here – et tu Tony – is dead.