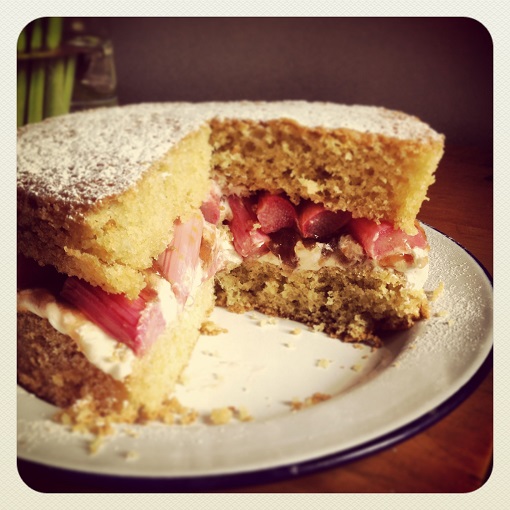 One of the best things I watched this year (and it will remain one of the best things I watch all year) was The Daughters of Jerusalem, one of the Father Brown mysteries brought to life in non-specific period glory by the BBC. I’m a sucker for murder mysteries generally. If a TV show has a picturesque setting, at least 3 gruesome deaths and the murders are all solved by either a foreigner, an aristocrat, an old lady or John Nettles, then I am on my sofa and I am agog. But what made this episode of Father Brown particularly special was the death of Mrs Bunyon.

(I can’t believe I’ve just written a warning about spoilers to months-old episode of Father Brown, but people do get antsy about this sort of thing. So if you’re planning to binge on bucolic murder DVDs, read no further.)

Mrs Bunyon is killed in the torpid heat of the WI tent at the summer fete. The prizes for the best jams, cakes and scones have all been handed out. But Mrs Bunyon has not won. If an apoplectic Mrs Bunyon is to be believed, victory has been stolen from her by an upstart baker. Cross words are exchanged. Angry fingers are pointed. But calm is restored by the swift deployment of tea and cake. Unluckily for Mrs Bunyon, her piece of Victoria sponge has been spread with poison. She dies, writhing in agony, in front of the villagers.

It’s brilliant. It’s the most perfect piece of English gothic I’ve seen in a long time, and I’ve watched all 100 episodes of  Midsomer Murders. The camp horror of a public poisoning combined with the bourgeois ordinariness of a Victoria sponge makes me want to cover the writers in kisses. I love the way they take the romanticised gentility of the English countryside and fill it with bloody grotesques that wouldn’t be out of place in an 18th century pot-boiler. The leap from The Castle of Otranto to Kembleford and Badger’s Drift is a small one.

Of course, the big mystery is why no one in that WI tent snootily explains that it’s not a Victoria sponge cake, it’s a Victoria sandwich. Just as heretical is this recipe for Victoria sponge cake with roast rhubarb. For a start, a traditional sandwich is raspberry jam only in the middle. It should be dusted with caster sugar rather than icing sugar, and the layer of forced rhubarb is a disqualifying offence. Not the sort of thing that will win prizes in a WI bake off. But not bad for afternoon tea.

1. Preheat the oven to gas mark 4/180°C/fan oven 160°C. Trim the rhubarb and slice into equal lengths. Around an inch long is good. Put them in a small roasting tin. Sprinkle over the caster sugar. Pour over the orange juice. Roast for 20 minutes or until the rhubarb is soft but not coming apart. You should be able to just insert a skewer into the rhubarb. Leave it to cool in its syrup.

2. Butter 2 (20cm) round sandwich tins and line the bases with baking parchment. Beat the butter and caster sugar together until they are pale and creamy. Beat in the eggs a little dribble at a time. Sift in the flour. Fold in with a flexible spatula until the batter is well mixed. Divide between the cake tins and level the tops off with the spatula.

3. Bake for around 30 minutes or until the cakes are golden, risen and a skewer inserted anywhere in the cake comes out clean. Let the cakes cool for 5 minutes in the tin, then gently turn out onto a wire rack. Let them cool completely, paper side down.

4. When you’re ready to assemble the cake, whip the cream until it stands in soft peaks. Peel the paper off the cakes and put the cake you like least on the bottom, paper side up (but without the paper, obviously). Spoon the cream over the cake. Don’t take it right to the edge, it will smooth out a bit when the other toppings and cake are piled on.

5. Spoon the jam over the cream. Don’t try to spread it, just evenly space out the blobs of jam. Lay the rhubarb pieces on top of the jam. Place the remaining cake, paper side down (reminding you to take the paper off) and very, very gently press down. Don’t push too hard or you will end up with the filling spilling out and forming a neat moat around the cake. Dust the top with icing sugar to serve.

If you want to bake ahead, bake the cakes the day before and keep them in an airtight tin. Assemble it an hour or less before serving. It’s best eaten on the same day.

One thought on “Victoria sponge cake with roast rhubarb, plus English Gothic murder”