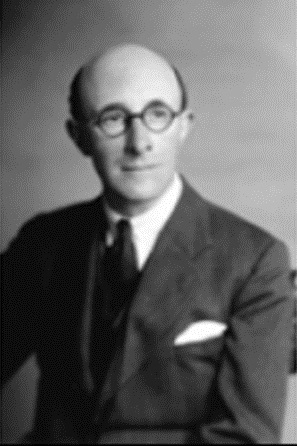 One of my most treasured books is a battered copy of Butterflies by E.B. Ford, the first in the Collins’ New Naturalist series. I value it partly because it was a present from my mother to my late father (Christmas 1945) and partly because it is a handsome, profusely illustrated volume – but I can’t say I have ever read it through, and I doubt if even my father did. It is, alas, very, very dry stuff, an account of our British butterflies written from the point-of-view of an evolutionary geneticist, which is what Ford was. The short history of British butterfly collecting with which he begins is readable enough – though nothing like as engaging as The Aurelian Legacy – but after that, it’s on to the unreadable stuff: structure, classification, genetics, evolution, complete with statistics and diagrams.

E.B. Ford is most definitely not the most scintillating of writers, and I had always assumed that he was a dry old stick, as dry as his prose. Until, that is, I dipped into Marek Kohn’s A Reason for Everything: Natural Selection and the English Imagination, and discovered the true Ford – a flamboyantly eccentric ‘confirmed bachelor’, a living parody of the Oxford aesthete, and one of the most notorious University ‘characters’ of his time.

Ford flaunted the worst kind of gay misogyny, disparaging ‘female women’ at every opportunity (though he made an exception for Miriam Rothschild). If only women – no men – turned up for a lecture of his, he would look around, declare ‘Nobody present’ and walk out. He affected an exaltedly patrician tone, reacting to his first sight of a fish-and-chip van with the declaration, ‘I would not have believed it possible that there could be so much wickedness in the world.’

But Ford also had a taste for Carry On-style innuendo, raising his hat to a friend’s nanny whenever he called and inquiring, ‘How is our pussy?’ He ate moths (ostensibly as part of his research), talked to himself, affected strange walks, and would speak of ‘my friend the Pope’.

And every summer, he would lead his young researchers on a pub crawl, tasting all the beers of Oxford, cleansing his palate with a gin after each pint, and remaining to all appearances quite sober. So Butterflies, it seems, was written by the Kenneth Williams of zoology – who’d have guessed? If only some hint of his character had got into his prose – it might have been a very different book.

One thought on “E.B. Ford – The Kenneth Williams of Zoology”