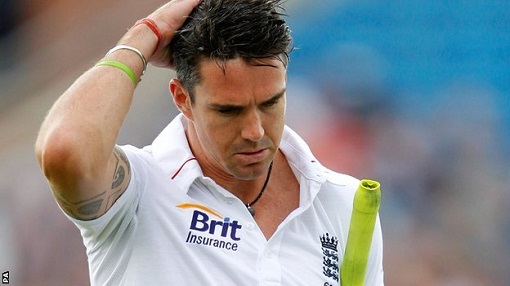 The England Cricket Board recently terminated the career of its star player. The relationship was doomed from the start, says Jon Hotten…

Last year a writer I liked very much died. Jonathan Rendall published three books, one of which, Twelve Grand, is among my favourites by any author. He was a boozy, melancholic soul with a low-lit style and his obituaries didn’t hold back on his dissolute, sometimes chaotic life. His writing was admired by Tom Stoppard and he won a Somerset Maugham prize but almost every piece on him noted his ‘wasted talent’, partly because he had died so painfully young. Well he didn’t seem to have wasted it to me.

It’s the nature of talent, when it manifests itself as apparently effortless brilliance, for it to appear both ephemeral and carelessly used by the characters who possess it. Yet the life is inseparable from the art, indeed the art is art because it is informed by the life. Jonathan Rendall couldn’t have written the way he did without being the person that he was, and it’s analogous that Kevin Pietersen could not bat in the way that he does without being the man that he is. The talent might appear different because those of us with lesser ability imagine ourselves guarding it jealously, rationing it out, tending it like a secret garden.

In 2004 I had become distant from cricket. I’d lived in Australia for a while, hadn’t played much, just about kept up with it in the papers. It had receded in my interior life. I was in my lounge one morning in the winter, the sun was out, I was struggling to write something or other and I realised that England were about to play South Africa. The area had cable and I had a bit of money, and before I really thought about it, I was on the phone getting Sky Sports turned on. In the couple of hours that it took, I realised that I felt more excited and happy than for a while. The game was back. I didn’t know why, but I could feel it.

That was the series when Pietersen played his three extraordinary one-day innings, centuries struck at an emotional pitch as true as a tuning fork. At the time, and right through until the following summer, he was talked about as a one-day player with a technique too iconoclastic for Tests but I knew with a rare certainty that it wasn’t true. He hit 92 in a game at Bristol and the wave he was making became irresistible. The story was that he was picked over Graham Thorpe, but really the choice was between Thorpe and Bell. After Bristol, Pietersen was playing either way.

Lord’s was extraordinary. England were hammered but on the first morning the bowlers roughed Australia up and each time Pietersen batted he murdered Shane Warne. It was obvious from the way he walked out how much he wanted it.

From that game on, I was more invested in his batting than in anyone else’s. Something was happening, not just to England, but to the way the game was played. There were some batsmen more skilled and better than Pietersen in that phase, but he had this innate imagination and feel. His game was an act of creativity and it’s no exaggeration to say that he broadened the horizons of batsmanship.

He wasn’t playing in isolation of course. The game was changing – he arrived, essentially, at the same time as T20 – and Virender Sehwag was pushing at the limits too, along with Chris Gayle and Adam Gilchrist and then lots of others. There was a kind of kinship between them. They were not formal heroes like Tendulkar or Dravid or Ponting, and their effect on the future would be different.

But KP was English, or at least he was playing for England, and the English psyche, deeply conservative, deeply repressed, is a challenging place for the non-conformist. It was doomed from the start and I knew it. In a way, it’s amazing that he lasted as long as he did.

It’s fair to say he was part of the reason for starting my cricket blog. Once he had commanded the imagination, it was hard to resist writing about him, because in working out what he was doing, I was often working out what I felt I knew about cricket, or what it meant to me.

When a player like Pietersen or a writer like Jonathan Rendall comes along, it’s easy to develop a relationship with their work that leads you to think that you know more about them than you do. All you really know is that their talent speaks to you in some way.

Twelve Grand seems like an effortless book, and yet Rendall worked so hard on it he was briefly hospitalised. As Kevin Mitchell wrote about him, his love affair with writing ‘ebbed away’ after that.  Pietersen trained and practiced harder than anyone: the imagination demanded it. Nothing good can be effortless at that level.

I’ve found it quite hard to care about the arguments over who’s done what and what went wrong with KP. Four men sat in a room and brought things to an end, and I think in years to come it will be a burden on them, maybe not publicly but when they have to be alone and remember it. If Pietersen hadn’t been reintegrated, then we would not have had Mumbai, perhaps his greatest innings and one of the best of the modern era. So what will we not have now?

Overwhelming talent wants us to think it’s wasted because, along with being apparently effortless, it seems somehow endless, inexhaustible. It works on the imagination. Pietersen’s career will never be seen as complete, and he will have to live with hearing about it. His talent has not been wasted though. It’s better to write three good books and leave ’em wanting more. Pietersen’s legacy is not one of numbers, but what his batting has meant to those who have watched it.

6 thoughts on “Wasted Talent? An Elegy for Kevin Pietersen”