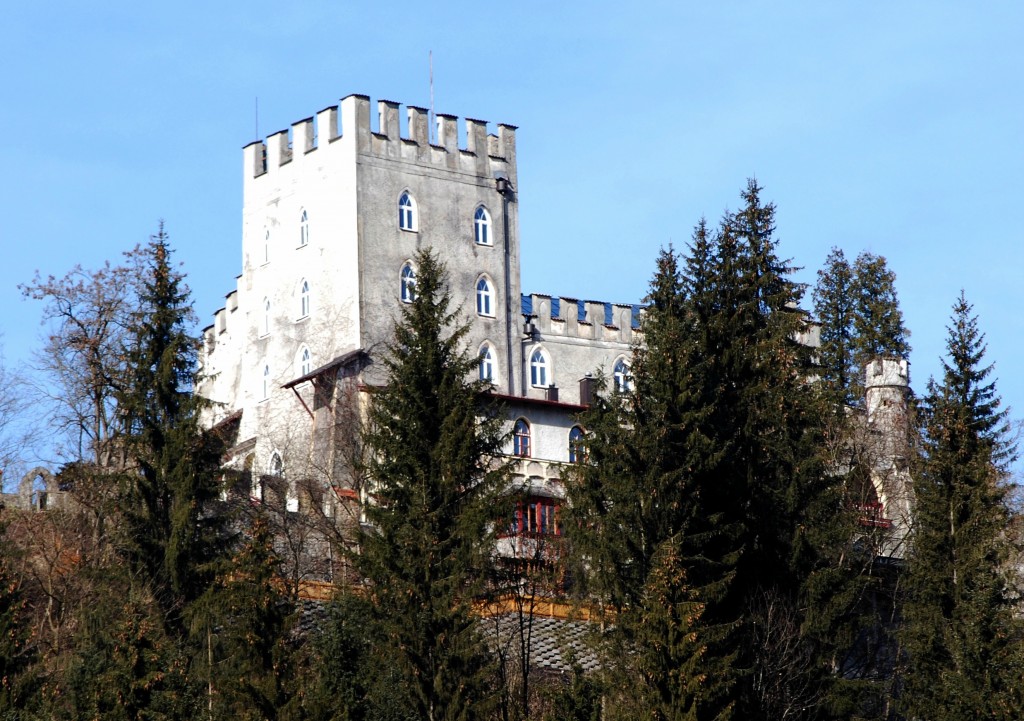 There’s something very ‘Tarantino-esque’ about today’s unusual Wikipedia article, which sounds like the script to a film that hasn’t been made yet…

The Battle for Castle Itter took place in the final days of World War II, five days after the death of Adolf Hitler. Popular accounts of the battle have dubbed it the “strangest” battle of WWII, as it was the only battle where Americans and Germans fought side by side as allies. Troops of the 23rd Tank Battalion of the US 12th Armored Division, anti-Nazi German Wehrmacht soldiers, and imprisoned French VIPs defended the castle against the 17th Waffen-SS Panzer Grenadier Division. The French prisoners included former prime ministers, generals, and a tennis star.

The commander of the prison, Sebastian Wimmer, fled on May 4 after hearing of the suicide of Eduard Weiter, the last commander of Dachau. The resident SS-Totenkopfverbände guards departed the castle soon after. As soon as they had left, the prisoners took control of the castle and armed themselves with any weaponry that remained.

Zvonimir Čučković, a Yugoslav resistance member imprisoned in Itter, left the facility in search of Allied assistance two days prior to Wimmer’s departure. Čučković encountered the American 103rd Infantry Division near Innsbruck and informed them of the castle’s prisoners. Also present was and Austrian Major, Josef Gangl, commanding a unit of anti-Nazi Wehrmacht soldiers, who intended to help free the prisoners alongside the Americans.

A rescue of the Itter VIPs was planned. Lieutenant Lee volunteered to lead the rescue mission, and was accompanied by Gangl’s soldiers. Lee’s forces now consisted of fourteen American soldiers, two Sherman tanks, a Volkswagen Kübelwagen and a truck carrying ten German soldiers. En route, the small column defeated a party of SS troops that had been attempting to set up a roadblock, then left one of their Shermans behind to guard a bridge.

The French prisoners greeted the rescuing force when it arrived at the castle, but were disappointed at its small size. Lee placed the men under his command in defensive positions around the castle, and placed his Sherman tank, named “Besotten Jenny”, at the main entrance.

The hardline Waffen-SS began their attack on the castle soon afterwards, on the morning of May 5. The Sherman tank provided machine-gun fire support until it was destroyed by German fire. Lee had ordered the French prisoners to hide, but they remained outside, and fought alongside the American and Wehrmacht soldiers. A relief force, the American 142nd Infantry Regiment, arrived and the SS were eventually defeated.

3 thoughts on “The Battle for Castle Itter”