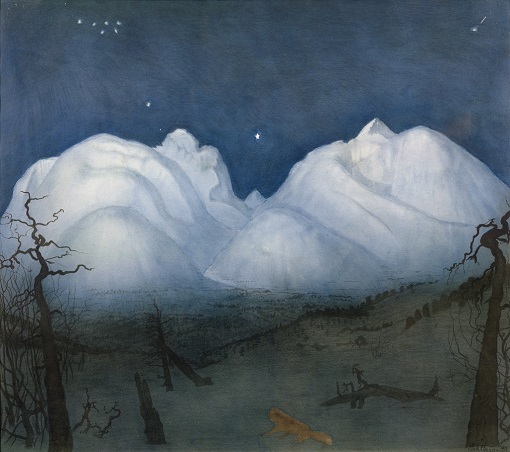 Happy New Year from all at The Dabbler! For our first post of 2014, Stephen offers poems for the new year and the old…

As the New Year arrives we should spare a thought for the Old Year.  Yes, T. S. Eliot has suggested that “Time present and time past/Are both perhaps present in time future/And time future contained in time past.” (“Burnt Norton” in Four Quartets.)  However, I fear that such a mystical state of affairs is not accessible to most of us.  Instead, I think that John Clare (1793-1864) has it right:  we should bid the Old Year a fond fare thee well.

The Old Year’s gone away
To nothingness and night:
We cannot find him all the day
Nor hear him in the night:
He left no footstep, mark or place
In either shade or sun:
The last year he’d a neighbour’s face,
In this he’s known by none.

All nothing everywhere:
Mists we on mornings see
Have more of substance when they’re here
And more of form than he.
He was a friend by every fire,
In every cot and hall —
A guest to every heart’s desire,
And now he’s nought at all.

Old papers thrown away,
Old garments cast aside,
The talk of yesterday,
Are things identified;
But time once torn away
No voices can recall:
The eve of New Year’s Day
Left the Old Year lost to all.

So that’s that.  Now, on to the New Year, with or without attendant resolutions.  But, as Norman Nicholson suggests in the following poem, we ought to keep things in perspective.  After all, it’s only a year.

For the New Year

The stars wheel past the windows
Like flocks of winter sparrows;
The bell clangs out the hours,
And frost sparkles like stars,
And the wind blows up the dawn
With spring behind it and rain
And the spikes of daffodils
And June on fire in the hills.
The apples crowd the bough
Beneath the frosty Plough,
And autumn snow is blown
White as the harvest moon
On currant and raspberry cane.
And the wild ganders fly
Nightly across the sky.
The seasons flit like linnets,
And years whirl past like planets,
And the earth’s orbit mars
The changeless map of stars.
The splintered light which now
Gently probes my eye
Is of a star that burned
When the Scots fired the land,
When the Norsemen robbed the dales
And hacked their names on the fells,
Or when the iceberg lakes
Elbowed among the rocks
And carried the Devil’s stone
To the hill above the town,
Where through my dormer bay
Drizzles the Milky Way.