Must be fun living in the bit of Holland that’s within the bit of Belgium that’s within Holland, especially if you were in a police car chase. Despite that, here’s another Wikipedia discovery that’s not going to make it onto my holiday list…

Baarle-Hertog is a municipality belonging to the Belgian province of Antwerp, but consists mainly of exclaves located in the Dutch province of North Brabant. On January 1, 2006 Baarle-Hertog had a population of 2,306. The total area of the municipality is 7.48 square kilometres (2.89 square miles). 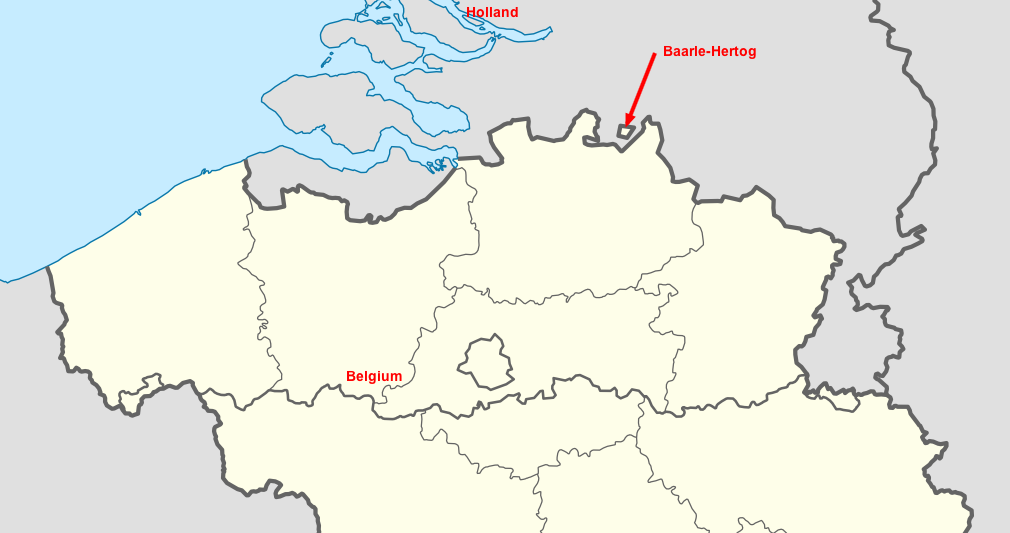 Baarle-Hertog is noted for its complicated borders with Baarle-Nassau in the Netherlands. In total it consists of 24 separate parcels of land. Apart from the main division of Zondereigen, located north of the Belgian town of Merksplas, there are twenty Belgian exclaves in the Netherlands and three other sections on the Dutch-Belgian border. There are also seven Dutch exclaves within the Belgian exclaves. Six of them are located in the largest one and a seventh in the second-largest one. An eighth Dutch exclave lies nearby Ginhoven.

The border is so complicated that there are some houses that are divided between the two countries. There was a time when according to Dutch laws restaurants had to close earlier. For some restaurants on the border it meant that the clients simply had to change their tables to the Belgian side. The border’s complexity results from a number of equally complex medieval treaties, agreements, land-swaps and sales between the Lords of Breda and the Dukes of Brabant. Generally speaking, predominantly agricultural or built environments became constituents of Brabant and other parts devolved to Breda. These distributions were ratified and clarified as a part of the borderline settlements arrived at during the Treaty of Maastricht in 1843. 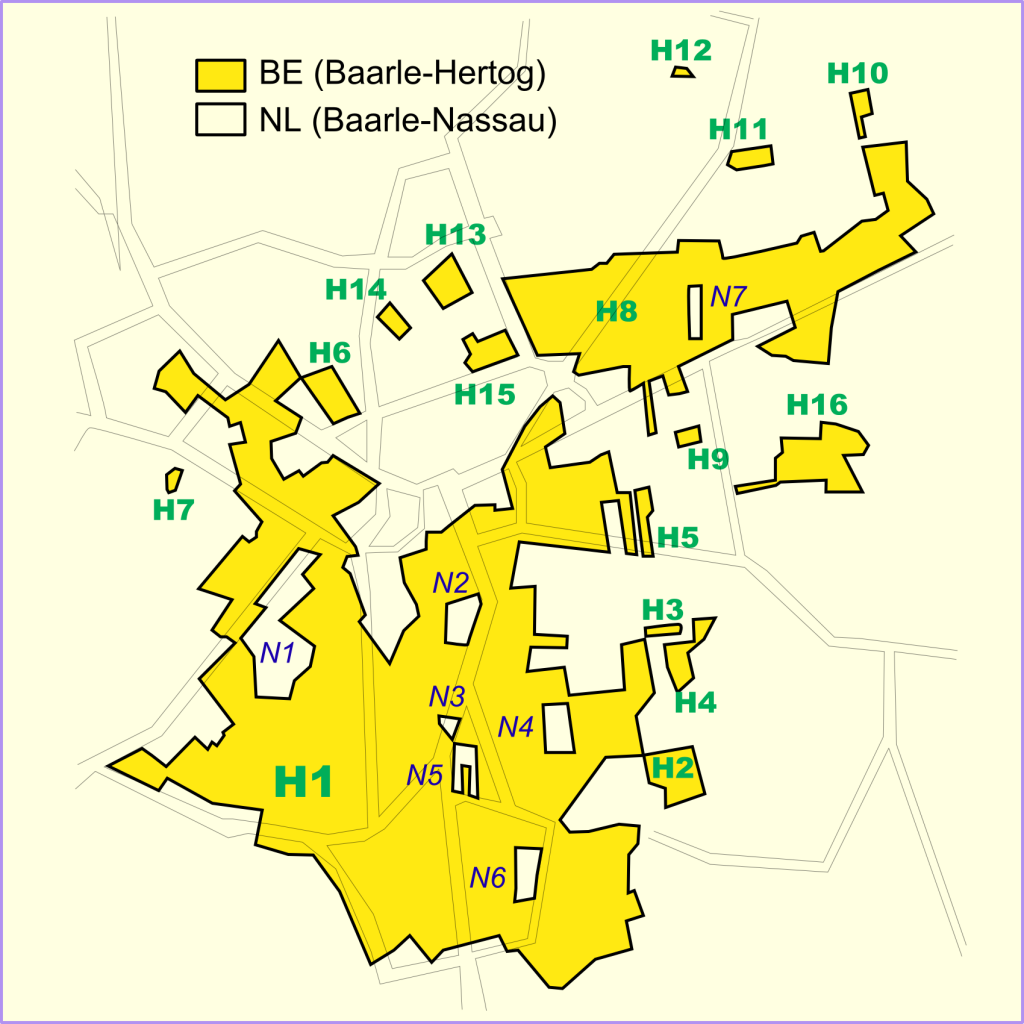 map of the area, showing borders within borders

Many fireworks shops are found in Baarle-Hertog, owing to the fact that Belgian laws controlling the sale of fireworks are not as strict as those in the Netherlands. Close to the end of the year many Dutch tourists come to Baarle-Hertog to buy fireworks to celebrate the new year.

The BBC reported from Baarle as part of their coverage of the 2009 European elections. Using rudimentary camera trickery, the reporter was filmed as if he was with his twin in a café, each on the one side of the border. The “twin” on a chair on the Belgian side explained what he was entitled to in Belgium. He mentioned compulsory voting, but also maintained that he was allowed to build a house 300 metres (328 yards) away from a pig farm, which is illegal in the Netherlands.

One thought on “Baarle-Hertog”