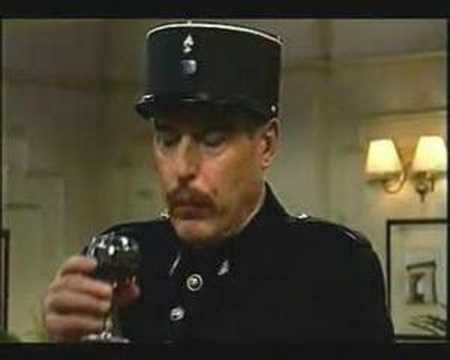 When I was taught French at school, we learnt it orally for the first year. I remember how shocked I was when I saw written French for the first time. It looked nothing like it sounded. The first words the teacher wrote up on the board were:

Apostrophes, dashes, lots of short words that flow together, it was like the scrawling of a crazy person.  And the French are meant to be rational! It put me off French completely. Spanish, or more specifically Castilian, on the other hand once you learn that a ‘c’ is a ‘th’ and a ‘j’ sounds like someone clearing their throat, you’re laughing.

Since giving up on the French language as a schoolboy, I rather perversely became a bit of a Francophile. I delighted in French food, French music, even French people. Now I try to go to France at least once a year with my family. Luckily my wife speaks good French. Then of course there’s wine. This lack of connection in my head between how French is written and spoken was proving an obstacle in my wine education. I just could not seem to remember the names of the producers. Bordeaux isn’t such a problem as so many of the names are British or Irish, Talbot, Palmer, Lynch etc., and the names are in big letters, but I’m really struggling with Burgundy. Those names in a tiny font at the bottom of the label, they just won’t stay in my head and you can’t have any pretensions to being a proper wine bore if you can’t talk Burgundy.

Happily I have stumbled upon a solution. Look at the label, see the word and rather than attempt to pronounce it as the French would instead say it in the most strong English manner possible. Take Georges Mugneret, for example. I had a Chambolle-Musigny from him last year. That smell was unforgettable but normally I’d forget the name after half an hour, so I pronounced his name after a Cockney fashion, ‘Mugg ner re’, complete with glottal stop. Now it’s engraved on my brain. Toillot-Beaut becomes ‘Toilet Bute’ with a big pause between each word (this works particularly well if you say it like Peter Kay.)

Thanks to this clever linguistic trick, I can now begin to get to grips with Burgundy. What’s more, there’s a hidden bonus to my scheme: to an Englishman there’s nothing funnier than pronouncing French badly.