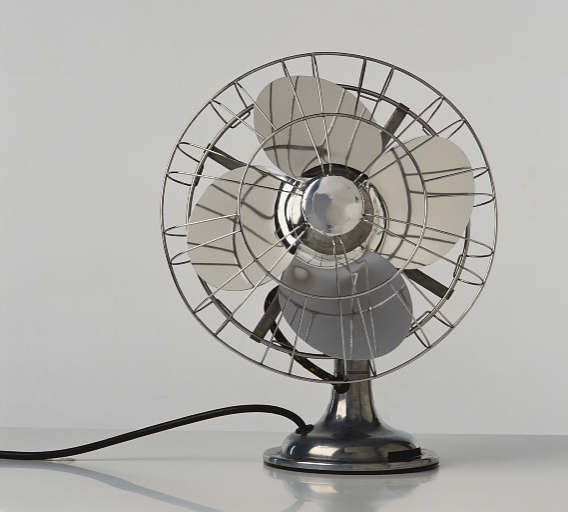 Sadly not a story about football supporters meeting their maker, but instead a bizarre superstition from South Korea in this week’s trawl through the weirdest articles on Wikipedia…

Fan death is a a widely believed urban legend in South Korea. Despite there being no scientifically verified cases, the phenomenon posits that sleeping in a closed room containing a running electric fan can cause death. Electric fans sold in Korea are equipped with a “timer knob” switch that turns them off after a set number of minutes. This is perceived as a life-saving function, particularly essential for bedtime use.

The genesis of the misconception is unclear, but fears about electric fans date almost to their introduction in Korea, with stories dating to the 1920s and 1930s warning of the risks of nausea, asphyxiation, and facial paralysis from this “new technology”.

There is a conspiracy theory that the South Korean government created or perpetuated the myth as propaganda to curb the energy consumption of Korean households during the 1970s energy crisis, which coincided with the rule of President Park Chung-hee. That the reports of fan death first appeared in the 1970s supports this theory.

There are several purported explanations of how fan death happens:

Hypothermia is abnormally low body temperature caused by inadequate thermoregulation. As the metabolism slows down at night, one becomes more sensitive to temperature, and thus supposedly more prone to hypothermia. People who believe this theory think a fan operating in a closed room all night can lower temperature to the point of causing hypothermia.

Empirical measurements (as well as simple thermodynamics) show that fans do not cause room temperature to drop; if anything, it should rise slightly because of friction and the fan motor’s heat output, but even this is negligible. Fans actually lower body temperature by increasing the convection around a person’s body so that heat flows into the air more easily, and by vaporization as perspiration evaporates from the body. No scientific study indicates that this effect could cause hypothermia, unless the temperature were already very low. The perception of warmth and cold is physiologically different from actual empirical measurement of heat, as shown by phenomena like the wind-chill factor. The movement of the air from fans has similar effect to that of wind blowing on the skin.

It is alleged that fans may cause asphyxiation by oxygen displacement and carbon dioxide intoxication. Carbon dioxide is a colorless, odorless gas, and because it weighs 1.5 times more than normal air, it tends to concentrate toward the floor, depending on temperature and air currents. In South Korea, some people sleep on traditional low-lying floor mats.

According to The Straight Dope website, asphyxiation is an unlikely cause of fan death because “few rooms are totally sealed, and the fan would tend to keep CO2 and other gases well mixed”.

The US EPA does not warn of fan death, but discourages people from using fans in closed rooms without ventilation during excessive heat, specifically when the heat index is above 99 °F (37 °C). Although the increased air movement will increase sweat evaporation, the fact that the blown air is warmer than body temperature increases the heat stress placed on the body and can speed the onset of heat exhaustion and other detrimental conditions. The EPA does, however, approve of using a fan if a window is open and it’s cooler outside, such as during overnight conditions, or when the heat index in a closed room is below 90 °F (32 °C).

Fans are necessary in zero-G environments, where exhaled gases of different densities do not rise or fall away from the person breathing but instead mix more slowly via diffusion. Sleeping on the International Space Station without a fan or ducted airflow would eventually cause asphyxiation.

In summer, mainstream Korean news sources regularly report alleged cases of fan death. A typical example is this excerpt from the July 4, 2011, edition of The Korea Herald, an English-language newspaper:

A man reportedly died on Monday morning after sleeping with an electric fan running. The 59 years-old victim, only known by his surname Min, was found dead with the fan fixed directly at him.

This article also noted there was “no evidence” the fan caused the death, however.

The Korea Consumer Protection Board (KCPB), a South Korean government-funded public agency, issued a consumer safety alert in 2006 warning that “asphyxiation from electric fans and air conditioners” was among South Korea’s five most common summer accidents or injuries, according to data they collected. The KCPB published the following:

If bodies are exposed to electric fans or air conditioners for too long, it causes [the] bodies to lose water and [causes] hypothermia. If directly in contact with [air current from] a fan, this could lead to death from [an] increase of carbon dioxide saturation concentration [sic] and decrease of oxygen concentration. The risks are higher for the elderly and patients with respiratory problems. From 2003 [to] 2005, a total of 20 cases were reported through the CISS involving asphyxiations caused by leaving electric fans and air conditioners on while sleeping. To prevent asphyxiation, timers should be set, wind direction should be rotated, and doors should be left open.

Ken Jennings, writing for Slate, says the belief is fading among younger Koreans: “A decade of Internet skepticism seems to have accomplished what the preceding 75 years could not: convinced a nation that Korean fan death is probably hot air.”