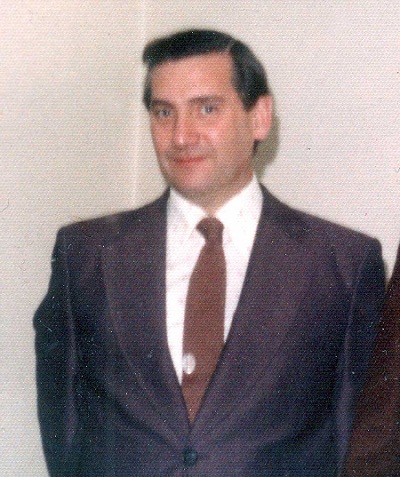 A few years ago bookseller Steerforth came across a remarkable diary, which he began to publish on his blog and which we now serialise on The Dabbler. If you’re new to Derek, you can catch up with the first two instalments here. Later we get an extraordinary narrative and some dramatic events, but today, Steerforth builds a picture of Derek and his interests with snapshot excerpts from some five decades’ worth of journals…

By day, Derek works in a local government office.

A most articulate blackman came into my office this afternoon to complain about Mr Limpet, who treated him in a most brutal and insulting manner for merely passing through the wrong door. The man was most upset. I put him on the internal line to Mr Woodcock, who is seeking enough evidence to damn Limpet once and for all.

Unfortunately a Labour Council is in power at the moment and they will defend their own kind, however villainous they be, to the death. That is their sadness.

A new temporary lady started with us today. She drove me home in her little mini and bombarded me with questions about the Church the whole way.

But more importantly, he is a Mormon Bishop.

I made a terrible joke in one of the marriages I performed today. The surname of one bride was ‘Winter’. At the end of the ceremony I shook her by the hand and said ‘Fear not, Winter is past.’ There was silence; and then a great roar of laughter from the guests.

Much of Derek’s diary is a chronicle of the internecine squabbles within his local Mormon church, with frequent references to admonishments and expulsions. I had no idea that the Mormon church were so pedantic. Given the efforts that they put into converting people, I’d naively assumed that abstinence from alcohol and a liking for the Osmonds would be enough to guarantee lifetime membership. I was wrong.

Once the coach party was over, I asked Vic Lipppett to accompany me to the station as I was carrying about £200 worth of equipment and didn’t fancy being mugged in the underground passage. As we were walking across, he opened his coat and showed how well-prepared he was; he had a revolver tucked into his trousers. Whether he had a licence for it I do not know.

I was also intrigued by this anecdote from Derek’s church:

This evening has not been an easy one. At seven o’clock I met with Jennifer Griffin at the chapel, and introduced her to the science of psycho-cybernetics. Slowly but surely she is beginning to change for the better.

Derek and Brenda also hold some unconventional views about the age of the Earth – one of the books I inherited from Derek’s library asserts that dinosaurs and humans coexisted a few thousand years ago. When his wife Brenda decides to do an environmental studies course, this leads to some lively exchanges with her lecturer:

Brenda attended her class last night. Much of it is based on the theory of evolution, and that really gets up her nose; but she does not let it pass unchallenged. Her lecturers will come to dread her arrival before the course is over. One of them was expounding the theory of tectonic plates, and asserted that the British Isles were not only moving but also sinking. Brenda asked whether it was not the time to drop anchor!

In addition to his devout Mormon faith and passion for books, Derek’s diaries reveal a man of eclectic tastes, from this: 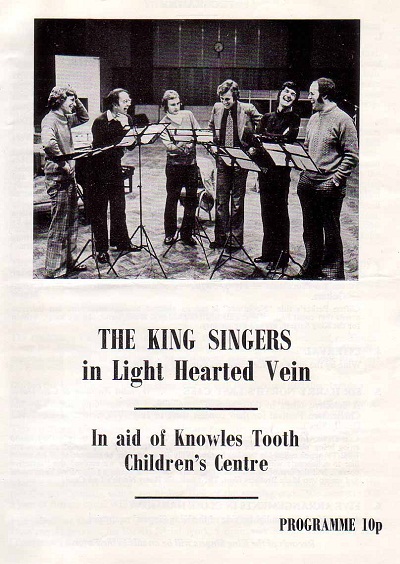 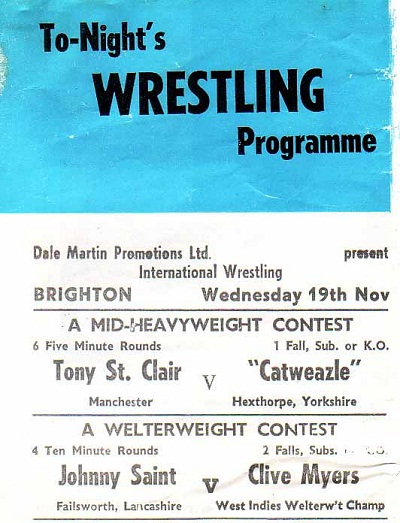 I can imagine Derek enjoying an evening of jolly fol-de-rols with the King’s Singers, but his passion for wrestling took me completely by surprise.

Derek desperately wanted to be a writer and as he approached retirement, joined a creative writing class:

Well, my imprecation at the Creative Writing Group was a great success this morning. As one gets used to the other members of the class, one tends to notice a polarisation of views on various aspects of literature that show the period of others of greater age as opposed to the younger members. And there is a strong streak of feminism in Kathy Jones, probably due to her unhappy marriage. The subject of bad language came up and there was a tendency to say the use merely reflected the reality of life. Pam Bolloch [sic] said that she would rather not hear such realities; and that was an end of the subject.

But then there is this:

Well, I read out my piece of work on the history of the View through a Window in class today, and Mrs Jones suggested that I either offer it to the local newspaper or send it to Pilkington’s house magazine. But read out to Brenda at dinnertime, it did not seem to have the same quality; I thought it a trite piece of work, Try as I may, I seem unable to get into my writing that density, that texture that is the quality of true writing. My piece seemed only like a clever piece of sixth form tomfoolery.

I felt rather like Charles Ritchie who wrote in his journal: “…always this piece of staring white paper in front of me with the few and feeble words strung across it. Nothing could be more stubborn than my devotion, nothing more stupid than my persistence. After all, I have written nothing – I will write nothing. Twenty years have not been enough to convince me of my lack of talent.”

And yet I have prayed about this matter, asking my Father for time and opportunity to write if my talent is real. I believe he has answered that prayer. I cannot believe that he has blessed my efforts to retire in order to cast me on a barren shore. There are riches here if only I will persevere. But it will involve me in taking life far more seriously than hitherto.

It is hard not feel sympathy for Derek. He emerges from his writing as a compassionate and thoughtful, with an unswerving loyalty to his Mormon faith, family and friends. But he is also plagued by passions and dark thoughts (“I am a laughing man with tears behind the smile.”) and with dreams of behaving in an “improper” manner towards his female colleagues…

I was much troubled by evil dreams last night. I tossed and turned upon my bed in a way I have not done for many years. I dreamt that I was at the office and kept calling the female staff by titles and names that were blatantly sexist and in transgression of the County Council’s instructions in this matter.

Next time: The Passion of Derek