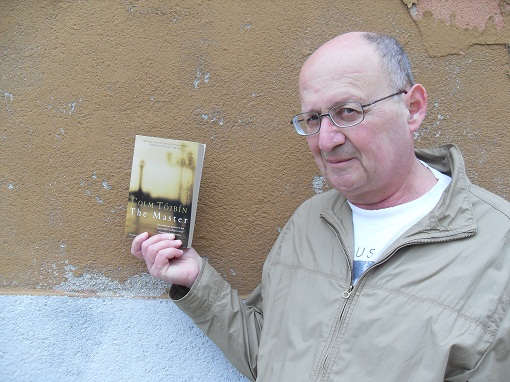 All of us at The Dabbler were very sad to hear today of the death of Norman Geras (25 August 1943 – 18 October 2013) – political theorist, voracious reader and prolific blogger.

Norm was a friend of and help to The Dabbler in its early days. By way of a tribute, here’s a post he did for us in March 2011 for ‘6 Clicks’ – a feature in which we invited guests to select the six cultural links that might sustain them if, by some mischance, they were forced to spend eternity in a succession of airport departure lounges with only an iPad or similar device for company.

It’s mighty inconvenient that it’s just six links. Why not seven? I need seven. This is how I need seven. There are four categories of culture I’m going to have to have with me as I go about the departure lounges of the world. (That’s assuming I manage to endure at all, and don’t just expire from not being at home, which is quite possible.) These are: literature; movies; music; and sport. But, for some reason, where with the other three I’m willing to have one click stand in for all that I love in that category, I want four different genres of music. Thus: three plus one-times-four makes seven. The Dabbler forces me to omit one of classical music, jazz, country and rock. Woe. What am I to do?

1) Well, anyway, I’ll start with Jane Austen – one click for a complete set of her novels.

Of this choice I’m utterly confident. There is nothing else in all the fiction I’m familiar with that I would be so happy to read and re-read in those wretched airports. The economy, the clarity, the subtlety of observation, the humour, the complexity of character and its inner exploration – I wouldn’t tire of it. Indeed, I’d have the chance I never have as things are (since I’m always drawn towards what I haven’t yet read) to give Jane the time she deserves from me. She’d be a true companion.

2) The first of my musical choices: Beethoven. I don’t know how much of him The Dabbler will allow me, but however much it is, that’s what I’ll take. You’ve at least got to permit a complete Beethoven piano sonatas, for which this clip of Emil Gilels playing the Waldstein may serve as a representative click.

3) For movies I’m taking Hitchcock. I want a box set of DVDs that includes Psycho, Vertigo, The Birds, North By Northwest, Shadow of a Doubt and then any other of Hitch’s movies you want to throw in. No other director in the history of the cinema has combined such technical brilliance and psychological depth with the ability to tell a cracking good story. This clip for me sums up the excitement of being at the beginning of a Hitchcock movie – Saul Bass and Bernard Herrmann doing their combined stuff.

I wouldn’t care to estimate how many times I’ve watched Psycho in my life, but every time these credits begin to roll I know I’m about to re-see a masterpiece. Read Robin Wood.

4) My second musical choice is to represent all the jazz I love. Impossible in one album, of course, but today I’ll go for Somethin’ Else. This, the opening track, will show you what you’ve been missing if you have been missing it.

I went to Australia and watched the whole of that series – every Test, every day, practically every ball. Not only was it great cricket from my point of view, it was the holiday of a lifetime: wonderful country, brilliant hospitality, the kindness of friends there and of people I met for the first time. It’s imprinted on my memory. Here’s one innings that is, especially: Adam Gilchrist in Perth. Wahaay.

6) And so it comes to the final musical cut. Oh no. Do I get to take the Beach Boys? Or do I go for Country music? What a predicament! Well, mustn’t grumble. The incomparable Emmylou Harris.

Here she sings ‘Luxury Liner’ and the Hot Band doesn’t exactly take a back seat: