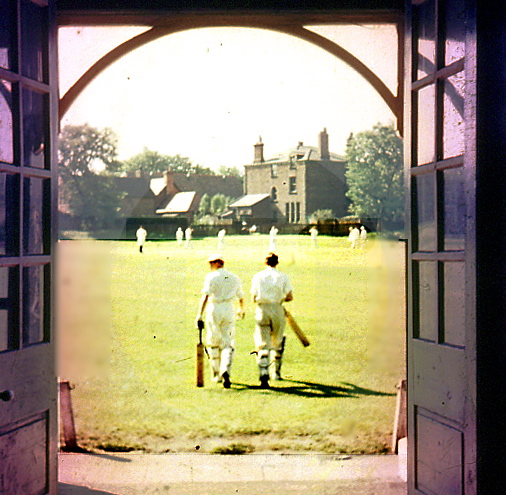 Cricket is a cruel game, and then you get too old to play it. So why do old cricketers keep going, despite it all? Jon Hotten explains…

The end of the season is almost here, with its rain and with its retirements, with its shadows that fall longways across the ground and the inevitable melancholy that it brings. It is a cliche of sorts to acknowledge the feeling, yet it’s always there and always the same, a kind of longing that cannot be fulfilled. It’s always worse before the last game too. Afterwards it seems to run away quite quickly.

As the seasons tick by, it’s heightened by the realisation that they too are finite. One of the geniuses of the game is that it is complex enough to offer a different face to each age of the player.

Once you pass the point at which professionals retire, it takes on a new hue. Before that moment, however delusionally, you can convince yourself you’re playing the same game that you always have. You’re not yet entirely divorced from the young kids who come in to thrash their 60-ball hundreds or mark out their 20-yard runs. Soon though, there’s something different in the way that they look at you, and you realise that they are occupying a psychological terrain that you have surrendered.

It’s not the death of ambition, more the adaptation of ambition to circumstance. You still play because you want to do well. What’s changed is your definition of ‘well’. The elements of the game that you take pleasure from have shifted.

Matthew Hoggard is pulling off the bowling boots for the final time in a week or so. When he was dropped by England in the brutal way that sometimes happens, Hoggy, understandably, had a difficult time accepting it. The cruelest thing, though, was that it was fair. The real bad guy was sport, where one day you are at your peak, and the next the slow descent has begun.

Yet there are some sunlit uplands here, too, on this plateau of the old fart. If you carry on putting yourself into the game, it sometimes gives you something back. Cricket can seem like a capricious sport, especially for batsmen, but in reality it’s just implacable, neither for you or against.

My friend and team-mate Tony has, like most of us, had his moments. He played a lot of his early cricket in the unforgiving North, and, back in ’86, once made 99 in a league game somewhere in the shadow of the Satanic Mills. He thought that maybe the chance of a hundred had passed him by forever on that day.

In one of our last games of the season, on a golden afternoon at a wonderful ground, he got himself in and past fifty. The runs kept coming, and he had 80-odd by the time I went in to join him. He hit a couple more boundaries away and came down the wicket.

‘It’s just a number mate,’ I replied, but we both knew it wasn’t.

We batted on. He went to 95 and then got a long hop, which he pulled for four.

For once in my life, I was genuinely prepared to make any run he called, even if it ran me out, but I didn’t have to. The next ball was a full toss that he hit hard to boundary. In a little speech he made in the bar afterwards, he admitted that he’d thought of that 99 almost every night before he went to sleep. Well he doesn’t have to think of it any more.

That is what the game sometimes gives you. It’s why we miss it as it slips away for another year.

3 thoughts on “The end of the season”