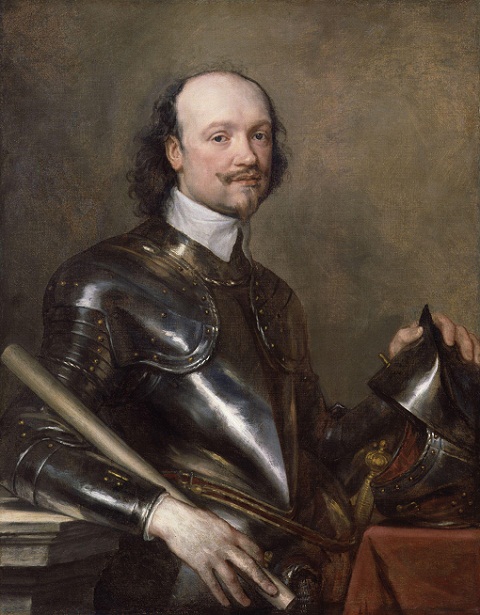 I’ve just written two articles, one on vintage port and one on cider. I found it impossible to write either without mentioning Sir Kenelm Digby. The amazing Digby was the inventor of a special super strength glass bottle around 1633. Before Digby (or BD as I call it) bottles were much too fragile for storage purposes. One could store wine in barrels  but once opened, they would have to be drunk quickly before they oxidised.  BD the great wines were ones that thrived on oxidation such madeira, sherry and marsala. AD (oh hang on that’s probably blasphemous) wines could be kept free from oxygen and it was found that the best improved with age. Digby’s invention led to the creation of vintage port, champagne, Bordeaux as a wine for keeping, in fact the whole market in fine wine as an international commodity would not have been possible without Digby.

Sir Kenelm was a key figure in the early years of the Royal Society and its forerunner, Gresham College. What I love about him is that he straddles the line between the people we see today as the serious scientists, Wren, Hooke, Boyle etc., and dabblers such as Pepys. He was considered one of great minds of his time and counted Newton, Galileo and Descartes as amongst his admirers and yet there is something clownish and lovable about him.

His portrait by Van Dyck hangs in the National Portrait Gallery in London (see above). He looks a louche sort of fellow; the kind of pleasure-seeking individual who could have provoked a puritan revolt with a raised eyebrow.

Sir Kenelm’s life reads like a picaresque novel. His father was implicated in the gunpowder plot of 1605 and had been hanged, drawn and quartered. Sir Kenelm himself had a varied career as a privateer, soldier and academic. In his unreliable memoirs he claimed to have been propositioned by Marie de Medici widow of Henry IV of France. She was 47, he was just 18. He was even accused, in 1633, of murdering his wife Lady Venetia  (he was cleared of all charges and by all accounts was devastated by her death).  Van Dyck was on hand to paint her death portrait.

An alchemist, he was best known in his own time for inventing a substance called the ‘Powder of Sympathy’ that was said to have magical healing properties, but if he is remembered at all todayit is as the author of the first cookery book in English, the snappily-titled The Closet of the Eminently Learned Sir Kenelme Digbie Knight Opened

After years as a half-forgotten eccentric, a footnote in history, it feels that now his time has come. An English sparkling wine has just been launched called Digby Fine English, an acknowledgment of his crucial role in invention of the champagne process. A few weeks ago I was sent a book proposal for a biography of him; the first devoted to the great man since the 19th century. Finally there is a novel, Viper Wine, out next year by Hermione Eyre about Digby’s wife, Lady Venetia.

It has been suggested to me that there ought to be a Sir Kenelm Digby Society dedicated to keeping his memory and his spirit of amiable enquiry alive. The society could meet once a year to eat recipes inspired by his book, drink wines that he made possible and maybe campaign to put him on a bank note. Don’t you think he’d look lovely on a tenner?