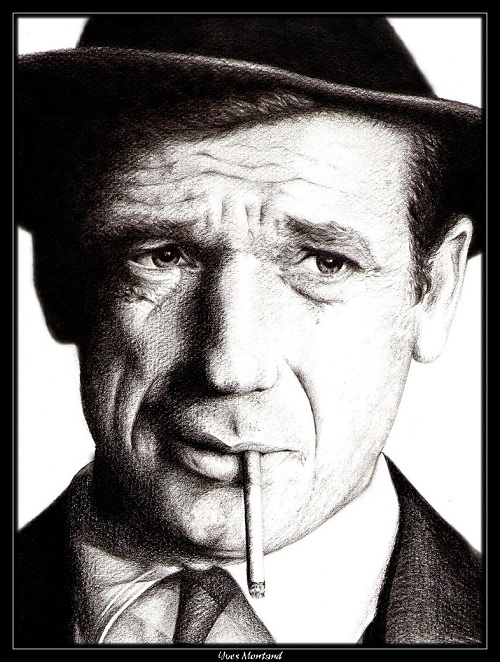 Words;  whatever happened to them in popular music?  And why was I shocked a few moments ago, hearing the ‘song’ that is currently topping the charts?  Talk Dirty by Jason Derulo has sold 160,000 copies in the last seven days.  The second verse goes something like this:

A little later Jason is joined by his partner in crime 2 Chainz (formerly Tity Boi) and the objectivization of women becomes a little more specific – too specific for these ears and this journal.  And this is no isolated example; these people are reproducing faster than a field of rabbits, and the wealth of the most successful – P Diddy, Jay-Z, Dr Dre – is measured not in millions, but billions, and the market for solid gold window boxes and diamond-encrusted trowels grows daily.

To get back to a time when the words of a song actually meant something worthwhile, where the text actually predominates, we have to set the clock back more than 50 years, and slip across the channel to France – actually to Paris.

Mistinguett, Frehel, Damia…..these women who once bestrode the Parisian demi-monde are now virtually unknown outside their native land, and little mentioned inside it, but in the early part of the last century they gave collective birth to a ‘chanson realiste’ that painted in words the harsh life that they had all experienced, in a voice of often tender expression.  Here is Damia in 1936, not quite erasing memories of the Billy Holiday version of Gloomy Sunday, with Sombre Dimanche.  Listen out for the marvellous, sonorous bass in the chorus.

Damia was almost 90 when she died in 1978.  The Belgian Jacques Brel, an 80-a-day smoker, hadn’t even reached the half-century when the reaper called in that same year.  Considered by many to be the greatest popular singing actor in the French language, the wheezing, anxiety-soaked voice has, in the years since his death, become almost a lingering cliche for French male sprechgesang.  But this flawed genius was a poet of no small note, and a magnetic performer, able to spin gold in the turn of a phrase ‘My death waits like a bible truth / At the funeral of my youth.  His ambitiously poetic texts owed nothing to America, and this unique quality, linked to an intensity of performance that usually left him bathed in his own sweat, created the legend that lives on to this day.  Here he is singing perhaps his best known song, the devastating Ne Me Quitte Pas.  The man lived inside his songs.

The Monegasque poet and anarchist Leo Ferre wrote the lyrics to most of the wonderful songs he composed, but will probably be best remembered for the song-settings of the French poets Villon, Baudelaire, Rimbaud and Verlaine, and although he came from a highly respectable bourgeois family in Monaco, he had an instinctive feeling for these outcast writers.  Here he is singing L’invitation au voyage to words by Charles Baudelaire.

The striped cafe awning, beret, baguette, mustache, the waft of Gauloises (and Gaul)…..add a poodle or two, and a handful of intellectuals and ooh la la, what a country.  To this list we must add the incomparable Louis Charles Auguste Claude Trenet.  Writing more songs than Schubert, and recording only his own compositions, this son of a Narbonne Notary became the biggest star in France, with hardly a moment passing when one of his songs might be broadcast on the radio, during the war and thereafter.  His drooping felt hat, set at a jaunty angle, gave him a slightly comical appearance, and led to his early audiences calling him ‘The Singing Madman’  –  but mad he certainly was not possessing, as he did, a clear grasp of his worth as well as his limitations.  A man who never married, the aroma of sexual impropriety followed him relentlessly in middle-age, but did nothing to dent his popularity.  And if he had written just one song instead of the almost one thousand he did write, and if that song were La Mer (written in ten minutes on a piece of toilet paper during a train journey), Trenet’s immortality would be assured.  But he also managed to squeeze-out this marvel of madness, Boum.

The late Jean Ferrat before his death in 2010, clearly had the same reservations about the future of his chanteur engage as I do when he said ‘I wonder what will happen to a civilization that can put a man on the moon, but has forgotten how to make soup’.  He felt that in a virtual world we would yearn for reality even more, and that the music and poetry he engaged with would again be in vogue.  That the dramatic delivery would again find an audience, and that the powerful evocation of melancholy, where the listeners can experience ‘longing and consolation’, often simultaneously, would slide into place when the masses eventually tire of X-Factor and Rap.  I’m not holding my breath.

Here to end are the modern extension of this genre in the shape of the very special band Tetes Raides, with a Tom Waits-like insouciance, aided on Emma by the languorous presence of the great Jeanne Moreau.

3 thoughts on “Chanson – That’ll be five yesses then”