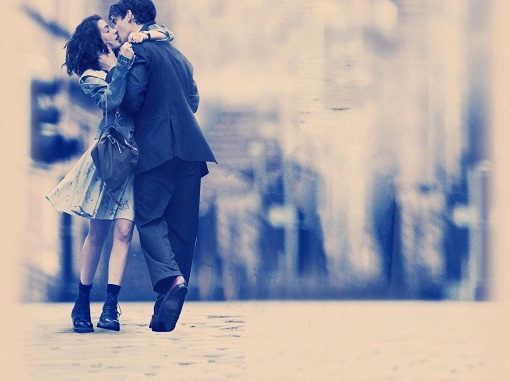 The action of One Day (available for 1p on Amazon) takes place over twenty years and follows the lives of two characters – Emma and Dexter. These two spend the night together at the very end of university but remain relatively chaste during the experience, thus setting up that acronymic situation that LA scriptwriters are apparently taught is vital to a TV show’s success – MUFT?, SMURF? – in which two people made for each other somehow keep not quite falling into each other’s arms.

It is evidence of what a good writer Nicholls is that he manages to persuade the reader – or this one anyway – that on that first night Emma and Dexter do control themselves. Even greater evidence of his skill is the fact that the novel does not, as so many do these days, (including some of Nicholls’s own earlier works), start off engaging and hilarious and then disappoint, but remains throughout its full 435 pages extremely funny, observant and utterly engrossing.

Moreover, although the book is to a large extent a remorseless satire of the eighties and nineties – (and, despite the absence of any pretension on his part to ‘great writer’ status, the portrait of his own society that Nicholls gives is every inch as masterful as Jonathan Franzen, for example, would like his various offerings to be) – and although one of the main characters is at times almost nightmarish in his self-absorption and self-destructiveness, astonishingly Nicholls never loses our sympathy for his two protagonists. This is largely because his characterisation is so good and his insight so acute, (his rendering of the dangers that the gifts of good looks and charm can pose to an individual struck me as particularly original and apposite in our superficial age).

In conclusion, I cannot recommend One Day highly enough. I do not remember the last time I was so captivated by a novel. My only criticism might be that my desire to keep reading was almost too intense; I found myself wishing I could get away from my friends and family in order to return to Dexter and Emma. The fact that, as well as being moving and full of romantic suspense, the book is also exceptionally funny only adds to its attractions. I have nothing more to say apart from: read this book.