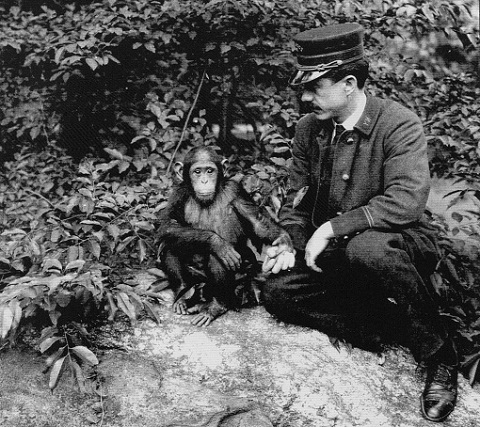 This week, a dramatic recreation of a notorious Incident…

Scene One. The Monkey House at Central Park Zoo, New York, on the 16th November 1906. A FOREIGN GENT and a RESPECTABLE LADY are standing by the cage of KNOCKO THE MONKEY.

RESPECTABLE LADY (Turning to look at him) : Why sir, you are like unto a sun god! Your light obliterates your surroundings! But do you always keep your hands in your overcoat pockets when addressing a respectable lady?

Hands in his pockets, the FOREIGN GENT moves towards the RESPECTABLE LADY and “annoys” her.

KNOCKO THE MONKEY looks on, while monkeying about in his cage.

HEINRICH CONREID : Don’t you worry about a thing. I have posted bail. Do you think for one minute I would allow Enrico Caruso, the finest Italian tenor of them all, to languish in prison?

NEW YORK COP : This foreign gent was “annoying” several women and girls in full view of Knocko The Monkey in the Monkey House. He has slits in the pockets of his overcoat. Enrico Caruso, that is, not Knocko.

PROSECUTING COUNSEL : It is because of the crowd of moral perverts and dogs and curs out there in the courtroom who come here to listen… Our mothers and our sisters are not safe in the streets; they cannot go about without being subjected to insult by this scum from the lazaretto of Naples.

JUDGE : (To the FOREIGN GENT, who is indeed famous tenor Enrico Caruso) : Guilty as charged. I fine you ten dollars.

ALFRED M DOWNES (Thinking aloud) : This monkey house incident and the subsequent legal palaver has stirred public interest in Knocko The Monkey. He may have been one of the monkeys kept as mascots by the Fire Department until their disruptive antics meant they had to be removed to the zoo. I think I will take advantage of the brouhaha and write a book called Firefighters And Their Pets. It should be ready for publication by next year.

Further reading at The Believer. 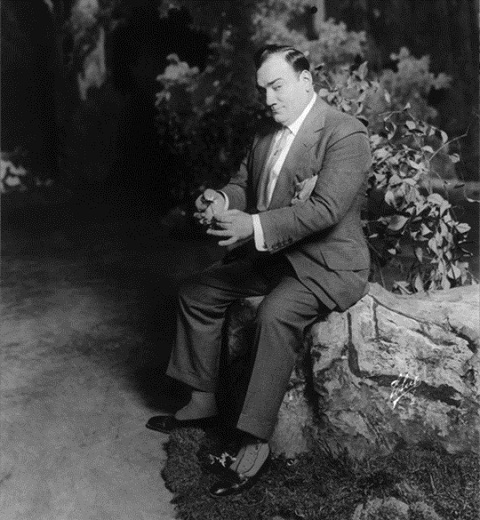