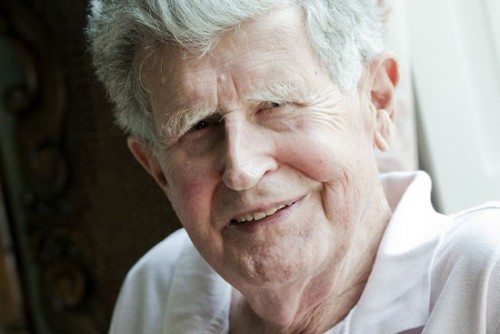 Today we mark the death last weekend of a great Antipodean, Professor Kenneth Minogue – a provocative thinker whose critique of contemporary society should be better known.

Funny how it’s the old Tories who have provided the most persuasive and nuanced critique of our recent and ongoing economic disasters. It’s because, being essentially moralists, they were best able to spot and describe the moral failings that lay behind them.

Sadly, we lost one of the finest thinkers in this vein on the weekend: Kenneth Minogue. Tory might be one description but I think a more precise one is liberal conservative: he supported liberal values but suspected they are only really viable when rooted in specific traditions rather than on a set of universal abstractions.

The quotation below comes from a piece that seems to me one of the best critiques of contemporary society that I’ve come across. It explains how our misbehaving bankers or politicians or administrators aren’t simply bad people (though they may be this too): their misdemeanours were often responses to a prevailing system of incentives, whose assumptions remain largely unquestioned.

For some reason it hasn’t had a lot of air-time. I think this is probably because people are still too fixated on system-thinking and model building: castles in the air that float on a misplaced faith in the explanatory power of ideologies. Theories of moral sentiments are strangely unfashionable nowadays. Perhaps Professor Minogue’s passing will provide an opportunity for reappraisal? From Slaves of the Bonus Culture:

The decline of professionalism is…one way of tracking the change in our moral sentiments over the last two or three generations. What is today recognised as a “bonus culture” is part of the enfeebling of inherited integrities and their replacement by the external inducements that governments and other powers use in the project of improving society. The problem is that the moral life includes not only doing the right thing (whatever we may take that to be) but also our duties to the character we believe ourselves to have. This is an inner responsibility for avoiding whatever we would despise ourselves for doing. It is a test that many people have failed in remarkably public ways today and there is a lot to learn from it. As with all forms of moral change, there is no easy way back to the sensibilities so many people have lost. We have become so accustomed to being administered and managed by official power that many in our society have no other principle of motion than oscillation between impulse on the one hand and external control on the other, without much of an inner core of self-direction in between. The classical Greeks called this condition “servility.”