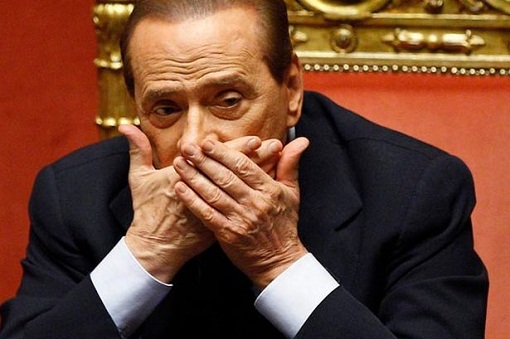 Italy has given the world delicious food, beautiful people and boring football. But what has it gifted to slang? Jonathon Green investigates…

I have been in Italy enjoying the kindness of friends. I, or such parts as were exposed, am now a pleasing light brown, patched pallid[1] only where shaded by the obscurity of dark glasses and what Australians term budgie-smugglers, though in truth mine are of a decent length and capaciousness – and am I the last to be informed that what the Aussies also term speedos are absolument interdits in France’s public pools? Not that I am in any pool now, merely pausing in Paris – grey skies, intermittent rain – for the final leap back into Arctic London.

I have written on slang’s terms for Italy and its inhabitants. Let us now ponder what Italian has gifted slang. As far as borrowed etymologies go it performs well, if not exceptionally. (And of course this is not to consider all those standard English words, tweaked and transmuted into slang, that in turn used foreign origins of which many are Italian too). Top of that list is Spanish (341 terms), though this attests to the increasing presence of Spanish terms in US use; French (260) and Italian’s fons et origo Latin (241), come next, with German (196) pushing at their heels. Then Italian: 166 terms. There are also the Italian underpinnings of the camp gay slang, Polari.

Italy’s own slang is venerable. Like most early modern European countries it produced a ‘beggar book’ that outlined the trickeries and language of contemporary criminals. This was II vagabondo, ovvero sferza de’ bianti e vagabondi (‘The Vagabond, or the scourge of bandits and vagabonds’) by the Roman Dominican friar Giacinto de’ Nobili alias Rafaele Frianoro; it appeared in 1621 and enjoyed at least 17 editions, both in Italian and French, by 1700. Testifying to the Italian stereotype (happy-go-lucky, that is, rather than syphilitic and/or sodomitical) its pages are less censorious than those of its Protestant peers, Germany’s Liber Vagatorum (1518) or England’s Caveat against Common Cursetours (1565) and Il Vagabondo is as much a series of anecdotes as it is a tract against beggary. Its author claims that it has been written ‘for entertainment rather than health’. However it is possible that this was in fact no more than a vernacular translation of an earlier Latin original: a manuscript by one Teseo Pini from Urbino entitled the Speculum cerretanorum (‘The Mirror of Beggary’). Although this was not published until 1973, by the historian Pietro Camporesi, it would appear to have been written between 1484-86, thus making it one of the earliest examples of the genre. Its structure is certainly exactly that of later German and English books. Compared with Il Vagabondo it is tougher on crime, its author justifying his work, stating that he had published it (as supposedly would many successors) in order ‘that honest good people may learn how to defend themselves from the falsehood of the dishonest.’ Or as the late News of the World piously maintained after some lubricious excursion into the lower depths, ‘I made my excuses and left.’

With that in mind it is predictable that slang’s earliest Italian accretions, all late 16th century, refer to sex: fig, from fica, cazzo and gadso, the penis, which was expanded in Florio’s Queen Anna’s New World of Words of 1611 as Cazzipotente, which modernity would term ‘hung like a horse’, and bona roba, literally a fine dress, which meant a whore. Florio is also responsible for sard, to have sex, which is one of the foursome ‘sard, jape, swive and fuck’ whereby he translates fottere.

Not all that is 16th century and Italian is sexual. Quarrom, from carogna, means the skin, bravo, from bravo, brave, means a thug, case, from casa, means a house though  it can also be a brothel or a thieves’ kitchen and links to the later khazi or carsey, a lavatory. Commission (also mish), from camesa, is a shirt and tray, from tre, is used for three as far back as Chaucer’s ‘Pardoner’s Tale’. Less obvious is the phrase worth a Jew’s eye, which meant valuable and possibly came from gioie, a jewel.

As well as tray, Italian also provides other numbers: una, dooe, chinker, say, setter, ocha, nobba and dacha. All steal the originals unchanged and all were used by costermongers. Polari’s long dedger comes from undici, eleven. In terms of money the multiply-spelt deener, a shilling, is based on dinero, itself from Latin denarius; biockey, coppers, uses baiocchi, meaning ‘browns’ which itself means small change; gent, silver, comes from argento, and the late 19th century scudi, an unspecified sum, came from scudo,  a coin worth about 4 shillings. Saltee, a penny, from soldi, coins worth one twentieth of a lire, gave a full counting system: oney saltee, one penny; dooe saltee, twopence; tray saltee, threepence; quarterer saltee, fourpence, and so on.

Then there are the quasi-calques (the Englished semi-punning pronunciation of another language): banker chapel ho, i.e. Whitechapel and bianca capellas, a brand of ‘Whitechapel’ cigars; boner nochy, i.e. buona notte, good night, donna and feeles, i.e. donna e figlie, a woman and children, mucosa de rosa, once gay slang for one who spits (what is spat remains unspecified) and tomasso di rotto, which is a ‘translation’ of tommyrot. Food offers the tenderoni, an attractive young woman (presumably playing on the US convenience food Rice-a-Roni) as well as yet another penis = sausage synonym, bodini, from bodino, blood sausage, which appendage also claims bagaga, from baggagio, bagge.

Finally some oddities. Ferricadouzer, a literal or figurative ‘knock-out blow’, finds its origins in fare cadere, to knock down plus dosso, the back, although some claim Latin ferri, iron, the intensifier -ca- and douse, a heavy blow. Tantrum, a burst of petulant ill-temper, has been attributed to the tarantella, a whirling dance which may reduce the dancers to near- or apparent hysteria. And from 1785,  an unexpected meaning for the word rascal, thus defined by the great Captain Grose: ‘a rascal originally meaning a lean shabby deer, at the time of changing his horns, penis, whence, in the vulgar acceptation, rascal is conceived to signify a man without genitals: the regular vulgar answer to this reproach, if uttered by a woman, is the offer of an ocular demonstration of the virility of the party so defamed. Some derive it from rascaglione, an Italian word signifying a man without testicles, or an eunuch.’

[1] there is also a certain red pointillisme about the inner arms, the cause of which remains unknown. Possibly, but not definitely, down to my inability to resist caressing all and any encountered dogs.