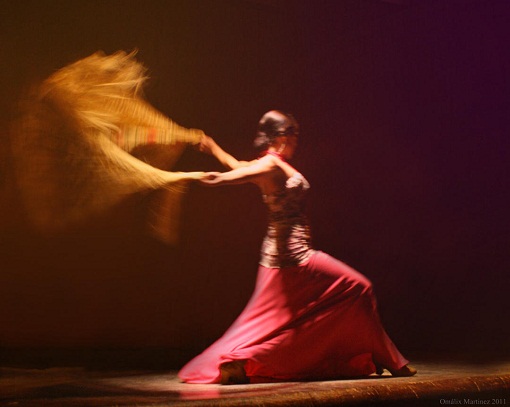 Mahlerman guides you through the development of serious music in Spain…

After a turbulent history of invasion and occupation by Romans, Visigoths and Moors (British pensioners don’t count – yet) it is perhaps not surprising that by the time the nineteenth century rolled around, Spain was one of the most backward and reactionary countries in Europe. Intellectual life was limited, and ‘culture’ as we understand the term today, barely existed: Francisco Goya is the only name that springs into the frame. In fact, the famous phrase by Richard Ford, the travel writer, seems to embrace the problem perfectly: ‘a bundle of local units, tied together by a rope of sand’.

Music, was there none – save the vibrant folk songs of the villages. Juan Arriaga was, I suppose, the earliest modern ‘serious’ composer but, dying in Paris at the age of nineteen (in 1826), his output is slight.

The country needed a gatherer, somebody who could purloin the rich heritage of malaguenas, soledas and zapateados, the earthy sexuality of the common man and woman, and fashion it into something wonderful – and lasting. The Frenchman Emmanuel Chabrier set the bar with his still popular Espana and then, within the space of a few years, three composers appeared and made their mark upon a nation that, as recently as 1814 in Paris, had been called un cour secondaire.

Enrique Granados and Isaac Albeniz (below) are often, with good reason, bracketed together. They were both born in the 1860’s, both were highly gifted concert pianists, and both attempted, with varying success, to create a nationalistic musical language. The music of Granados possesses strongly marked rhythmic figures that are, along with the modal scales, Moorish in origin – and therefore typical of Andalusia. And if, by some misfortune, the whole of his oeuvre were to be lost, except his magical piano masterpiece Goyescas, his immortality would still be secure. We visited a movement from the original version in January of this year in The Birds Of My Youth, with the late lamented Alicia de Larrocha offering her definitive exposition of The Lover and The Nightingale. Today, the Intermezzo from the short opera of the same name, with the seventeen year old Jacqueline du Pre ripping fearlessly (when did she ever do otherwise?) into the difficult solo part, accompanied by her mother Iris.

If Goyescas was based upon and inspired by the etchings and paintings of Francisco Goya, Iberia, composed at around the same time (1906 – 1909) by Isaac Albeniz is almost entirely drawn from Andalucian folk melody. The aroma – I can think of no better word – of the south of Spain, that I know so well, simply oozes from this extraordinary Suite, and I hope that I am not being unfair to the composer when I say that nothing else in his output suggests the staggering scope of these knuckle-breaking pieces that, at the time of their release, were considered almost unplayable. This talented Catalan had an interesting life, as a virtuoso (he was a pupil of Liszt for a while), and as a composer of, mostly, salon pieces, facile to the point of vulgarity, leaving the listener with the distinct impression that his ‘style’ does not suggest a self-critical mind, this being true of Iberia, undoubtedly his masterpiece, but possessing too many notes, and too much decorative detail. Too many notes and ‘unplayable’ music is contemptuously dismissed by the Chinese virtuoso Lang Lang, a performer that, to put it mildly, divides opinion. Personally I have moved towards him, not away. The rolling body movement, the popping eyes and knowing smiles I found rather alienating when I first saw and heard him.  And then I just listened to him, and ‘discovered’ not just an amazing technique, but a thought-through approach to almost every piece in his already vast repertoire (he is still only 30). To lovers of this music, brought up over a lifetime with Alicia de Larrocha, this upstart will simply have too much ‘technicolor’, but I am seduced by his touch, and the fact that he seems to live ‘inside’ the piece he is playing, seems to have no fear of appearing to enjoy the sounds he can make, and invites the listener to join him in his reverie – and I do here, in El Puerto, the second movement from Book One.

Small but perfectly formed. The entire output of the Andalucian Manuel de Falla, could be described thus, and though he lived to be almost seventy, all his music could be played through in a day. And what music it is, jewel-like in its workmanship, but with a distinctive overlay of impressionism. His fame rests mainly upon four masterworks, all composed around or during the Great War. The two-act opera La Vida Breve (The Brief Life) was first produced in Nice in 1913; El Amor Brujo (Love The Magician), a gipsy ballet, followed in 1915, and was the first work to reveal the full power and originality of Falla’s talent; a year later in 1916 came the magical nocturne for piano and orchestra, Noches en los jardines de Espana (Nights in the Gardens of Spain), and in 1917 a further ballet El Sombrero de tres picos (The Three-Cornered Hat), which was first produced at London’s Alhambra by Diaghilev, choreographed by Massine, with costumes and set design by Pablo Picasso. I wouldn’t have minded a seat in the theatre on that evening! Today we have four marvellous numbers from El Amor Brujo, reeking of love, passion and forbidden sex, and sung here by the Spanish actress Nati Mistral in a totally idiomatic performance from 1979, directed by the late Mexican conductor Eduardo Mata, who died in 1995 when his self-piloted Piper aircraft came down in Mexico en route to Texas. No 3, of 13, is Cancion del amor dolido (‘Song of suffering love’); No 10. is Cancion del fuego fatuo (‘Song of the will-o’-the-wisp’), and is followed by 12 and 13, Danza del juego del amor (‘Dance of the game of love’) and the final Las campanas del amanecer (‘The bells of sunrise’).

5 thoughts on “Iberia – Lust in the Dust”