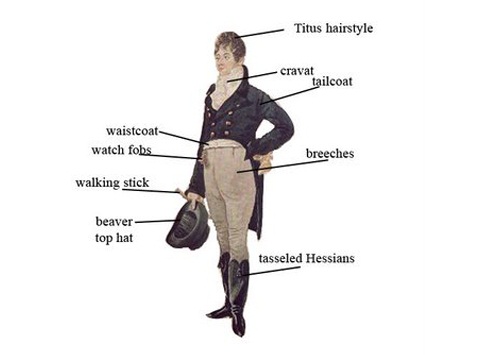 As Max Beerbohm puts it in his essay on Dandyism, ‘So to clothe the body that its fineness be revealed and its meanness veiled has been the aesthetic aim of all costume’ – and it was George Bryan ‘Beau’ Brummell (born this month in 1778) who most perfectly achieved that aim, at least for the male body.

Turning his back on the extravagances and foppery of early 19th-century attire, Brummell got to work on the essentials. ‘In certain congruities of dark cloth, in the rigid perfection of his linen, in the symmetry of his glove with his hand,’ writes Beerbohm, ‘lay the secret of Mr. Brummell’s miracles. He was ever most economical, most scrupulous of means. Treatment was everything with him.’ And what he came up with was essentially the prototype and ideal form of what later generations were to standardise as the never-failing gentleman’s suit (worn with a tie, alas, rather than the cravat favoured by Brummell).

It might be argued that Brummell took things a little too far, with his five-hour toilet – one of the spectacles of fashionable London – and boots brightened with champagne, but he was, as Beerbohm proclaims, an artist obsessively dedicated to his art.

Even so, he wasn’t above risking a degree of sartorial disarray by playing a game of cricket. He even had one first-class match to his name – for Hampshire against an England side in 1807, when he scored 23 and 3, giving him a career average of 13.

Sadly, it all went wrong for Brummell when he ran out of money and friends in high places, and he ended his days in poverty and syphilitic insanity in Caen. He was buried in the protestant cemetery there, which now lies under the university campus.   For more on Brummell and Dandyism, here is a link to Beerbohm’s sparkling essay.