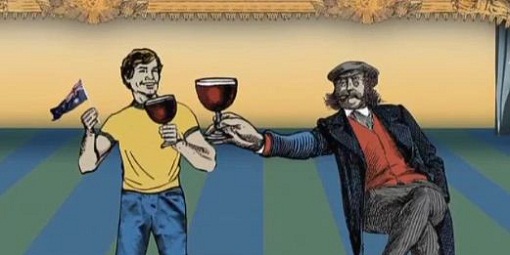 Last year the BBC documentary Chateau Chunder charted the rise of the Australian wine in Britain, and what really shone out of it was the Australian genius for marketing and plain speaking. Now you probably think that marketing and plain-speaking are mutually exclusive, but the way that Australian wine was sold in the 1980s really did make sense to British drinkers. Wines were sold through brands and grapes varieties. It was unpretentious and classless. It was refreshing seeing red-faced men with names like Len talking about wine as if they were fixing an old ute (utility vehicle ie. pick-up truck).

Penfolds epitomise this no-nonsense attitude towards wine. Their wines are given numbers and they exhibit a cheerful disregard for the modern shibboleths of regionality and localism. Many of them are blended into a house style from fruit bought from all over South Australia. The most revered wine in Australia, Grange, is made this way. You can’t get less pretentious than Penfolds. However, something seems to have gone awry in their marketing department. Here’s the tasting note for their Bin 150 Shiraz:

I think we can all agree that this is terrible even for wine writing: a mish-mash of mixed metaphors, tautology, marketing jargon and malapropism. I expect they mean that the chinotto etc. are pedaling rather than out selling clothes pegs door-to-door but that scarcely makes more sense. It’s like a parody of Malcolm Gluck (former Guardian wine writer.)

The Bin 150 is one of their newer wines, a single vineyard one as opposed to a multi-region blend, but not even the venerable Bin 28 can escape the corporate gibberish:

There was always something not entirely convincing in the old Australian line that making good wine was just a matter of applying common sense. Nowadays, of course, the Australians have embraced terroir, and are, in my experience, making far better wines than they’ve ever made. Sadly some of them have also embraced the flowery prose that goes along with this and they’re simply not very good at it. Rather than being honest-to-god haughty French pretentiousness, they’re doing it in a matey Australian way and the results are just horrible.

Both wines in the 2010 vintage are excellent, with the Bin 28 particularly wonderful having a traditionally Australian generosity combined with lovely balance and freshness.

2 thoughts on “Whatever happened to Aussie plain-speaking?”