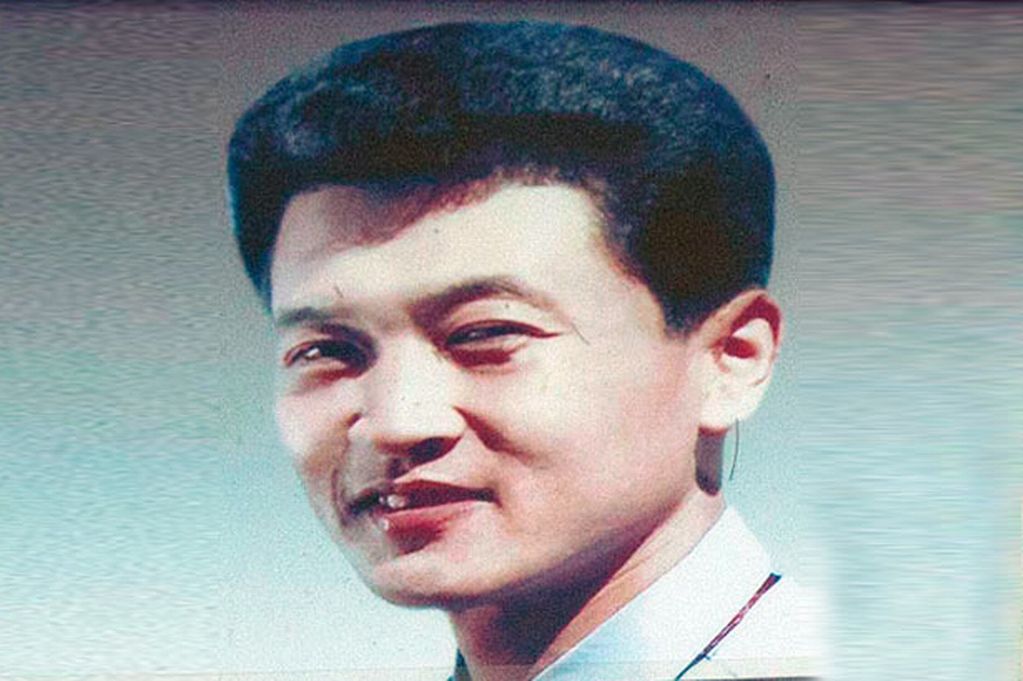 As the world trembles before the latest North Korean threat to nuke anyone dissing them, Daniel Kalder wonders whether he who controls the style of hair, controls the world.

The other week, ifeng.com, a website run by Hong Kong’s Phoenix TV network, reported that there are 28 officially acceptable haircuts in North Korea – 10 styles for men and 18 for women, a story that was picked up by fascinated media across the world.

Unsurprisingly, the styles are pretty conservative – dye jobs are out; nothing spiky is permitted (nothing too long either, even on women) and definitely NO MOHAWKS.

Looking at the styles, however, I think the figure 28 may be an exaggeration. For instance, female cuts 13 and 17 look almost identical, while the first four male cuts look like the same style photographed from different angles.

Naturally this has inspired much mockery around the world, but I’m always a bit suspicious about stories like this: How do we know this isn’t just a photograph from a North Korean barber shop? For instance, in 2004 the Turkmen despot Turkmenbashi was widely ridiculed for banning beards, but when I visited the country in 2006 my guide – an ethnic Russian who despised the dictator – was adamant that no such ban existed.

Even so, Turkmenbashi definitely didn’t dig male facial hair. But that was less eccentric than it sounds: Like his fellow dictator, Islam Karimov of Uzbekistan, he feared the beard as a symbol of political Islam. Even without a legal ban, his people got the message – other than my own beard and that of my friend, I didn’t see a single hairy face in the entire month I spent in the country.

But it’s not just North Korean and Central Asian despots who are concerned about male grooming. Enver Hoxha, the Albanian communist dictator, also banned beards, while Lee Kuan Yew, the authoritarian founder of modern Singapore, strongly advised his nation’s young males against growing out their hair. He hated hippies you see, denouncing them as “…permissive, escapist, drug-taking, self-indulgent, promiscuous people.” Even the anodyne Barry Gibb was too much for Lee Kuan Yew and the Bee Gees were banned from playing in Singapore; foreign males could be denied entry at the border if their hair was too long.

Then there are those interpretations of Islam which teach us that God is very concerned about hair. In conservative countries such as Saudi Arabia or Iran women are expected to hide theirs under a scarf, and face harsh penalties if they disobey. In some countries men also have to abide by strict rules: In Afghanistan under the Taliban, a dude could land in a lot of trouble if he didn’t have a lush facial forest.

But some men can’t grow beards, and so what happened to them? Was there an illicit trade in chin wigs? Inquiring minds want to know. Meanwhile, this week I have been reading “A Poet and Bin Laden,” a fascinating book on the rise of radical Islam in Central Asia. Its author, Hamid Ismailov, reports that in the 1990s he met several members of the Taliban who were hiding Leonardo DiCaprio style dos under their turbans – “Titanic” had been hugely popular in the country, apparently. And so we may also wonder if some Afghan ladies weren’t rocking Kate Winslet’s fiery red tresses under their chadors.

And yet hair control is not even exclusive to nutty communists, brutal dictators, Singaporean technocrats or conservative Muslims. In Old Russia, many believed that a man could not enter heaven without face fuzz. “God’s image is in the beard, and his likeness in the moustache,” the saying went. Indeed, beards were so universal that the Russian word for chin, podborodok, means “under the beard,” and it applies to women also. When Peter the Great set about modernizing his country, he immediately reached for the clippers and started shearing the nobles, while taxing peasant beards in Saint Petersburg. Like Turkmenbashi and Karimov, he thought that a long, shaggy beard signaled the wrong attitudes.

Actually, let’s not kid ourselves. The hair police have always been active all over the world. Ray Kroc, the man behind McDonald’s, banned his male employees from wearing beards. And have we already forgotten the outrage that erupted when pampered middle class boys started growing their hair out in the 60s? Mick Jagger’s hair wasn’t very long at all, but it was considered scandalous back in the day. Things are more relaxed now, but wander into a fashionable vegan eatery in San Francisco dressed like a Mormon missionary with a buzz cut and you’ll still raise eyebrows.

And then of course many professions impose coiffeur codes. All modern militaries, except possibly the useless Dutch hippy force, control hair. The purpose is to maintain order and discipline and to foster a group identity. And that’s the key – old hippies signify their clan affiliation with their ratty gray ponytails as much as a soldier does his with his shaved scalp.

And this is why neither Kim Jong-un’s weird shaved-sides/center-parting style nor his dad’s crazy bouffant can be found on the North Korean list of officially approved hair. Their unique tastes in male grooming place them above everyone else in the country: No clan, no group, nobody is permitted to rock the Dear Leader’s look. Theirs are the supreme haircuts of the universe.

14 thoughts on “Supreme Haircuts of the Universe”