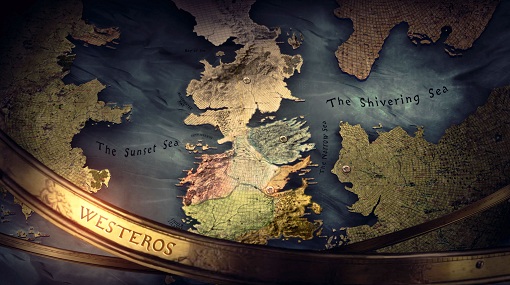 First we had Google Earth, now Islamic Earth. What other Earths might we look forward to, wonders Frank…

We are doing our best to launch the Islamic Google Earth in the next four months… We are developing this service with the Islamic views we have in Iran and we will put a kind of information on our website that would take people of the world towards reality. Our values in Iran are the values of God and this would be the difference between Basir [‘spectator’ in Farsi] and the Google Earth, which belongs to the ominous triangle of the US, England and the Zionists.

Thus Iran’s minister of communications technology, Mohammad Hassan Nami, announcing an exciting new website, as reported in the Guardian last week. It is unclear in what physical sense the Islamic Earth will differ from the non-Islamic Earth mapped by Google, and I suppose we filthy kaffirs will have to wait a few months to find out.

But I wonder if perhaps, with their imperfect understanding of Western ways, the mad mullahs may have mistaken the map shown in the opening credits of Game Of Thrones for a satellite image from Google Earth. Westeros, where the various claimants to the Iron Throne fight and swear and have sex, looks not unlike a somewhat misshapen mirror image of the British Isles, and where France ought to be is the Red Wastes, wherein dwell savage horse-riders known as the Dothraki. The Iranians would obviously be providing a helpful corrective – and taking us towards reality – if their Basir site shows us a proper map instead. Alternatively, of course, they might think the Westeros map is the real one, and wonder why it doesn’t appear accurately on Google Earth.

If the Iranians are right, and there is a competing version of reality based on Islamic principles, the rest of us should follow their lead. Why stop at the parallel worlds of the Islamists and that of the “ominous triangle”? Surely there is a place, too, for what we could call “Dabbler Earth”. I have no idea what this would look like, but I think the editors need to sharpen their wits and get to work on it. I will volunteer to do Greenland. I don’t know what exactly I will do to take it towards reality, but you can bet I will put unstinting effort into the task.