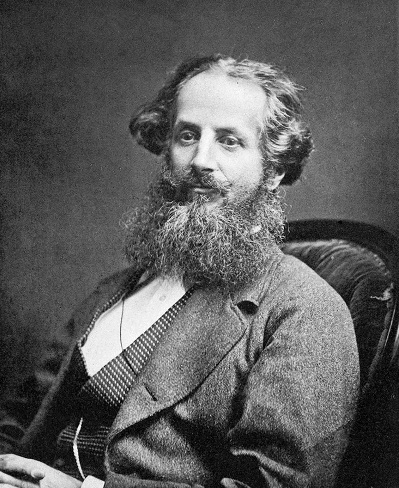 Ebullient, unembarrassable and the model for Rat in The Wind in the Willows – Mr Slang introduces the remarkable lexicographer Frederick Furnivall…

Fink, Frith, what next? asked John Halliwell. Two F-words, we must have another. So here he is: Frederick Furnivall (1825-1910), bearded, pink-tied, vegetarian, oarsman, controversialist, muscular Christian socialist, midwife of learned societies, and one of the founding fathers of the OED. If, in terms lexicographical, James Murray was standard English, then Furnivall was slang. No one could have been more different from Murray, the self-effacing, auto-didact Scottish dominie, than Furnivall, an ebullient, outgoing, often embarrassing but seemingly unembarrassable figure. The lexicographer has varied roles: there are madmen, there are professors, and there was Frederick Furnivall. Space does not permit full disclosure. I offer three aspects of this eminent Victorian’s life lexicographical.

The Wives
Compared with at least the public image of the Victorian scholar, let alone that of the lexicographer of any age, Furnivall’s is of a distinctly flesh-and-blood human being. His private life was conducted with as much energy as his public undertakings. In 1862 he appalled his middle-class peers by marrying Eleanor Dalziel, better known as Lizzy and the sister of a student teacher at the Working Men’s College. Dismissed by Furnivall’s contemporaries as a ‘pretty lady’s maid’, she combined wifely duties with those of a dictionary-maker’s amanuensis. In fact Lizzy was no maid  and the real scandal was the discrepancy between hers and Furnivall’s age. It had also been noticed that Lizzy and Furnivall had been, as one biographer discreetly puts it, ‘inseparable’ long before they were married. None of which worried Furnivall. A determined proponent of women’s rights, he accepted no constraints on Lizzy’s freedom of action. Nor, of course, his own. In 1882 he left Lizzy and began an affair with a new young woman. This time his inamorata really had been a lady’s maid and was now his own secretary and an accomplished Shakespearian:  Teena Rochfort-Smith. Furnivall was fifty-seven, she was just twenty-one. Poor James Murray was so shocked at this news that when he received a letter revealing the entanglement he stuck stamp paper over the signature of the correspondent who had delivered the news. Furnivall, predictably, laughed off such pieties and in 1883 moved Teena into his house. The continuing presence there of his first wife did not, apparently, worry him. She, less sanguine, soon departed.  The new affair was to be tragically short-lived. A real-life Miss Havisham, Teena was burnt to death when a lighted match flared up, ignited her dress and she was unable to douse the flames. Less sympathetic observers noted that the match was of the type known as ‘Domestics’.

The Water
Furnivall loved rowing. He went sculling every Sunday and founded his own rowing club, its members exclusively young and female. As a friend of Kenneth Grahame, who became secretary of the New Shakspere [sic] Society (F. Furnivall, prop.), Furnivall took him sculling and was the first person to encourage the bank-clerk to consider creative writing. Among the results was The Wind in the Willows, in which Furnivall is seen in the character of the Water Rat, a figure, like himself, with a passion for boats and the river. Grahame also imbued his character with a little of Furnivall’s linguistic appetites. As Mole, Badger, Rat and Toad prepare to drive the stoats and weasels from Toad Hall and an emotional Toad declares that ‘We learned ’em!’, Rat is quick to correct him: ‘We taught ’em’, he explains, is the proper phrase. 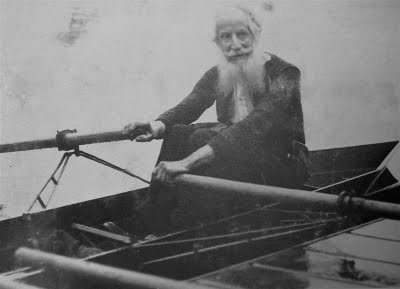 The War
No-one liked a feud more than Furnivall. As another biographer pointed out, ‘He never understood or attempted to understand the quality of tact. It was a species of dishonesty. What he held to be true, was to be upheld in the face of all opposition, with unfaltering directness and clarity; what he held to be false was denounced with Athanasian intensity and resolution.’ Thus his clash with Algernon Charles Swinburne. Swinburne, whose other brush with lexicography came in his relations with the slang collector John Camden Hotten, for whom the poet wrote various works of flagellant pornography, took exception to Furnivall’s role as doyen of the New Shakspere Society. In 1876 he clashed with him over a piece dealing with various technicalities in the metre of Henry VIII, a play attributed in part to Shakespeare, but not included in the First Folio. The pair swapped letters and the matter seemed to die, but so loathsome did the poet find the society that he composed two parodies of ‘The Newest Shakespeare Society’ and published them in April 1876. In 1877 Furnivall hit back, questioning Swinburne’s knowledge of Chaucer. Swinburne promptly characterised the New Shakesperians as ‘dunces’ and ‘churls’ and singled out their leader as ‘the most bellicose bantam-cock that ever defied creation’. By 1879 the combatants were in full cry. Swinburne mocked those ‘dunces [who] accept and circulate as gold the current brass of German pedants’ and attacked the ‘indecorous nakedness of their undraped absurdity’. Furnivall, sorely tried, abandoned all restraint. Writing in the Spectator he told Swinburne ‘to teach his grandmother to suck eggs’ and added that his ear was ‘a poetaster’s: hairy, thick and dull’. He sent Swinburne’s friends a succession of libellous postcards and went back to the roots of his enemy’s name to call him ‘Pigsbrook’. Where Furnivall looked to Anglo-Saxon, Swinburne preferred Latin. Furnivall became ‘Brothel-dyke’ (from the Latin fornix and vallum). He wrote scatalogical anti-Furnivall verses in which he attacked ‘Fartiwell and Co.’ and the ‘Shitspeare Society’. A denunciation of Furnivall as ‘tipsy’ misfired: Furnivall had been a teetotaller for forty years; Swinburne’s excessive drinking was well-known.

The row had faded by the mid-1880s: the protagonists, presumably, were exhausted, and Edmund Gosse wondered how seriously Furnivall had ever really taken it. Undoubtedly he had acted, Gosse said, ‘like a man demented’; what one had to wonder was how genuine his act had ever been. Furnivall, the born controversialist, revelled in trouble for its own sake. It is quite likely that some of his squibs and rejoinders were simply a means of prolonging the fun.

[adapted from Chasing the Sun: Dictionary-makers and the Dictionaries They Made, pub. 1996 and due in ebook later this year]

5 thoughts on “Frederick Furnivall: Some Moments in the Life Lexicographical”