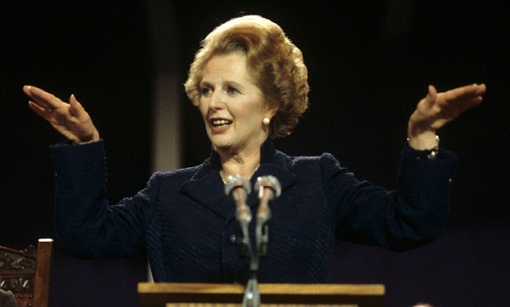 We all know about her politics, but which common British bird did Margaret Thatchet most resemble when in motion? Frank Key conducts a scientific experiment to decide this important question…

In all the swathes of verbiage following the death of Margaret Thatcher earlier this week, one key question remained unanswered: when in motion, which bird did she most closely resemble?

It was a puzzle never satisfactorily resolved in the ex-prime minister’s lifetime, and we might have hoped that it would finally be settled with her death. Yet on that very evening, two opposing views were aired during Jon Snow’s Channel 4 documentary Maggie And Me. Matthew Parris claimed that “she walked like a partridge”, while Snow himself asserted “she scuttled about like a hen”.

It seems to me that none of us can come to terms with Thatcher’s legacy until this intractable issue is, like her, finally put to rest. I thus cobbled together an experiment, in the hours following her demise. Gathering together a few old film clips showing a walking Thatcher, I screened them for an audience of partridges and hens. I kept the birds apart, of course, in two separate cubicles. After humanely stunning each bird, I cut a small incision in its head and affixed a powerful sensor to its brain, this sensor attached by wires to my console in a third cubicle. All I had to do now was to wait for the birds to wake up.

Over the next few hours, one by one, they did so, and when I had checked they were all fully conscious, and indeed alert, I let the film roll. It was with some excitement that I watched the console judder and bleep as it spat out the readings picked up by the sensors. Alas!, I had not taken into account just how infinitesimally tiny are the brains of birds. Powerful the sensors may have been, but they were not powerful enough to pick up more than vestigial traces of any meaningful birdbrain activity. The readings were worse than useless. Back to the drawing board! – but not before restunning the birds, removing the sensors, suturing up their heads and sending them, in crates, and still comatose, back to the farmers from whom I had hired them.

I was left with my five-minute film compilation of Thatcher walking hither and thither at various times during her premiership. It occurred to me to rescreen it, this time for an audience of tiptop ornithologists. Unfortunately, none would agree to be stunned and have their heads sliced open and have powerful sensors affixed to their pulsating brains. I tried bribery, with soup, but to no avail.

In the days since, I have been poring over the readings, trying to wring some sense from them, more in hope than expectation. Which is right, the hen of Snow or the partridge of Parris? It seems we may never know. Divisive in life, Margaret Hilda Thatcher remains so in death.

ADDENDUM : I have been in contact with a wild-eyed mystic who believes we are all reincarnated as birds. He has promised, upon receipt of a bowl of soup, to investigate thoroughly the Thatcher case, and to discover her, if he can, among newly-hatched hen and partridge chicks born at the beginning of the week. I have every faith in this sensible man, and await his tidings.

6 thoughts on “A Note On The Death Of Margaret Thatcher”