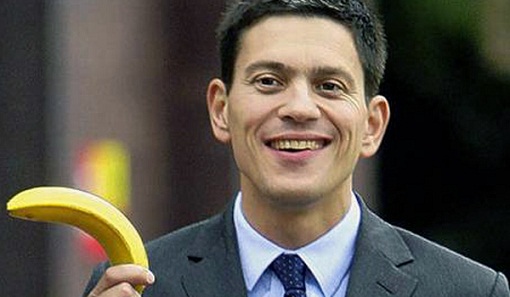 Frank recalls, vividly, his feelings upon hearing about the shock resignation of David Miliband…

All of us, I suspect, can remember vividly the moment we heard that David Miliband had resigned his parliamentary seat. In this age of the Information Superhighway, the news circled the globe with unprecedented speed. While bustling Western cities came to a standstill, as sophisticated urbanites tried to come to terms with the shock, eerily similar scenes were played out among previously uncontacted tribespeople in the deepest recesses of the Amazon jungle. Seldom in history has a single event reverberated among so many people.

Miliband himself had an inkling of the reaction he would provoke. He rightly pointed out that the rivalry between him and his brother – whose name I cannot quite recall – is so profoundly fascinating that it distracts the media, and indeed everybody else, from the real and important issues of the day. And, one might add, from the unimportant issues too. For myself, I know that there have been innumerable occasions when I have neglected pressing personal matters because I was so fixated upon the Miliband brothers. Only the other day, for example, I completely forgot to tie my shoelaces before leaving the house, fretting as I was about the tangled relationship of the brothers, with the result that I tripped over and banged my head and had to be carted off to an emergency drop-in clinic for a brain scan.

And I am not alone. In the strangely muted hours and days since the news came in, stories pour in from around the world as people try to express their feelings about the shock resignation. A typical example comes from Abdul B—–, speaking from his hovel in a shanty town in a third world hellhole.

“I remember exactly where I was when I heard the shattering news about David Miliband’s resignation,” he said, the tears not yet dry on his cheeks, “But somehow I feel happy as well as grief-stricken. Now, with only a single Miliband involved in British political life, I will no longer be fatally distracted by the rivalry between David and his brother, and I might be able to spend more time caring for my family and my goats and my patch of pitiful scrubland.”

Concerns have been raised that the gaping hole left in the British polity – or at least in a small corner of it, somewhere oop north – could destabilise the entire Eurozone, and beyond.

“I wondered why all those Cypriots were desperately trying to take their money out of the banks,” said one wild-eyed loon, “And now I know. Obviously Miliband tipped them the wink. They knew what was coming.”

That will not be the only conspiracy theory to emerge in the coming weeks and months. Indeed, there is every possibility that fifty years hence, the fraternal Miliband rivalry will still cast a spell over millions, an entire publishing industry having been spawned to cater for the eternal fascination with David and his brother, whose name is on the tip of my tongue.

6 thoughts on “The Miliband Resignation”