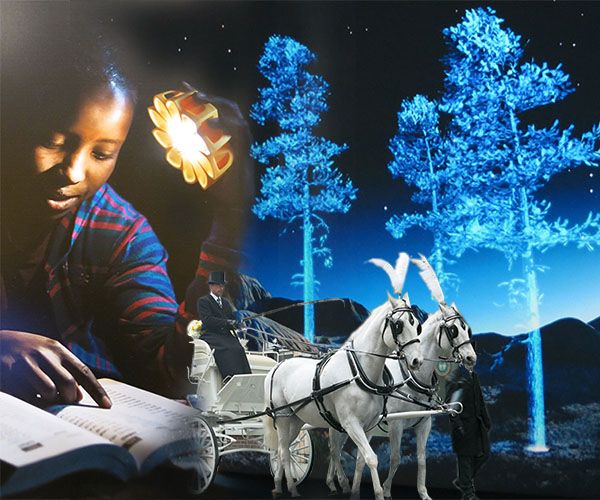 To la Poisonnerie de l’Avenue, where courtesy of a generous friend, we dined on a feast of melt-in-the-mouth asparagus – followed by a succession of beautifully presented seafood dishes, reminiscent of Elizabeth David five decades ago. My oeufs a la neige (which predictive type keeps trying to turn ‘beige’) au caramel were bursting with flavour (‘flavor’) and retro fabulosity. Though David derided “tacky caramel” as “a recent development, and one which quite wrecks the innocence of a dish that should be frail and pale as a narcissus, just white meringue and creamy yellow crème anglaise.”

Dinner conversation turned to Cyprus, and one of the guests suggested that we are currently in a situation akin to “being in the final stages of a game of Monopoly, where one player has all the remaining pieces.” She surmised that the winner could well be of Middle Eastern origin…

“One cannot think well, love well, sleep well, if one has not dined well” – Virginia Wolf (sic) was scrawled on the blackboard outside a decidedly empty-looking café on Battersea Park Road. A warm glow emanated from within, but no one had bothered to stop on this wet and windswept stretch of road. I wonder how so many of these places still survive on London’s increasingly deserted shopping streets. I suspect many small businesses all over the country may well be on their last legs.

The world of fashion journalism was very much a closed shop until recent years. Most of the old guard trained as professional journalists and rose up through the ranks to command the unassailable snugness of their positions. Indulged with cherished invitations and fashion freebies, they enjoyed a certain smugness too.  Then, when fashion-blogger-young-guns started muscling in on the action, many began to feel threatened. But now they are making a comeback: fashion editors are re-emerging as online content managers. Unfortunately, their reinvention coincides with a rather disturbing trend, whereby both newspapers and magazines are being turned into online shops – along with high street stores.

Top fashion journalists are no longer expected to be independent of their advertising departments (if they ever were?) In any case, advertisements are now ‘campaigns’ in the form of online videos. I was surprised when Grazia’s Paula Reed defected to become Fashion Director at Harvey Nichols. But I wasn’t at all surprised when Hilary Alexander retired from The Telegraph in 2011 (though she still contributes on a freelance basis). The Telegraph’s fashion section now resembles a glorified glossy, where you can purchase all that you see. Curiously, Alexander has recently resurfaced in the newly created role of per una fashion consultant at Marks & Spencer, where she will also have a weekly column on the brand’s website. Meantime, I read somewhere that Sunday Times Style magazine has just launched a shop – is that for subscribers only? And mega-publisher Conde Nast has bought a stake in online fashion emporium, Far Fetch.  Whatever next? The Tesco Times, Sainsbury’s Sun, Morrisons Mirror and Ikea Independent?

On the lookout for unusual finds, I visited the Mid-Century Modern fair held at Dulwich College just over a week ago. I wasn’t so much wowed by the fare on offer as the venue for the event.  Sale items were exhibited beside ex-pupil Sir Ernest Shackleton’s boat, the James Caird – overlooked by pieces of history, and portraits of previous masters – along with modernist fixtures far grander than any available for purchase. I did buy something… a Vallauris-style ceramic coffee set – the likes of which I am a hoarder collector. But there were also some fabulous ex-Miami hotel fittings, including a pair of wonderful Lucite table lamps, which I probably should have jumped upon. Of course, I was saving my pennies for Selvedge Spring Fair at Chelsea Old Town Hall, where I bought a dress and a bag – more stuff I don’t need, but all in a good cause.

I also visited the Designs of the Year show at the Design Museum. Of all the finalists, I rather favour the Little Sun (see above left), designed by Olafur Eliasson – a low-cost solar powered LED lamp that emits up to 5 hours of light when fully charged. Around 1.3 billion people worldwide do not have access to mains electricity. This sun-shaped lamp is specifically designed for people living in rural communities to enable them to work, study or cook at night. Due to our recent weather (and fortunes), we Brits may well be in need of a sun lamp soon.

My travels along the Battersea Park Road were brightened up by a passing funeral procession. At first I assumed this had something to do with Kenny Ball, whose funeral I think took place on the same day, though probably in a different part of town. So was this extravagant send-off in memory of another jazz performer? An ethereal carriage, drawn by white horses (decked out in feather plumage – see above right), was preceded by black musicians playing the saxophone, trumpet and trombone. As the cortege processed down the street, I had to blink… but it was for real.

I’m not so sure about the curious art gallery-cum-serviced office in a godforsaken part of Victoria I visited, to behold Kerry Richardson’s “acclaimed video work, The Erudition.” I stood in a four-walled room – an image projected onto one of them, of “a lunar-esque landscape … consisting of holographic trees blowing in simulated wind… a barren, computer-generated landscape” (above top right). I didn’t need to see this, being already in close proximity to the barren building site that is the top end of Vauxhall Bridge Road: I could just walk out into the freezing cold north-easterly wind and swirling sleet to feel the portent of environmental desolation. I thought I’d pop into Westminster Cathedral to warm up on the way home, but a madman was running around shouting obscenities, so I made a speedy exit.

Is there life on Mars? I have no idea, but I can confirm that David Bowie Is at the V&A – and well worth queuing for.

3 thoughts on “Designs for a Modern Life?”