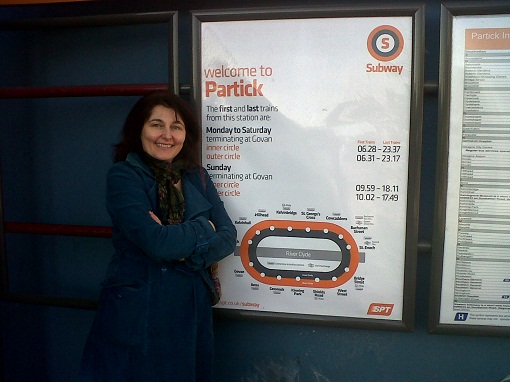 Exclusively for The Dabbler, writer Karen Campbell takes us on a trip on Glasgow’s unique underground railway…

Getting around Glasgow – Scotland’s biggest city – can be a delight on sunny days, as you stroll by the city’s seventy-odd parks, glittering shops and sandstone boulevards; it can be an assault course on a rainy Saturday evening, vying with clubbers, pubbers and all-round nutters to scramble on the nightbus; or it can be a self-contained, circular, slightly spiritual experience – if you board the Clockwork Orange.

Hailed as the world’s third underground railway (after London and Budapest), the much-loved Glasgow subway opened in 1896, on two adjacent circular lines – which accounts for the clockwork bit. But it didn’t earn the ‘orange’ moniker until the seventies, when all the trains assumed the bright citrus livery of the local transport authority. Aged ten, I have a vivid memory of my dad taking me for a ‘hurl’ on the subway before it closed for this big refurbishment. (Please note – a hurl is Glaswegian for a ride; my father did not plan to chuck me from a moving vehicle. ) I remember the weird notion of a staircase taking me underneath the pavement, like something from the  Enid Blyton adventures I had just discovered. I remember my city above my head,  leather seats and wooden floors. But , as I stood by the mouth of the tunnel – don’t put your toes over the edge ! – the thing I remember most is the smell: damp-earth and strange; a funnelled wind blowing up from distant places. Places I wanted to go.

Cheerful and chubby, the trains of the Clockwork Orange are an essential artery for Glaswegians, running on a six mile loop that extends north and south of that other vital vein– The River Clyde. That six-mile loop has taken me to the bijoux boutiques and record stores of trendy Byres Road; once (and believe me, once was enough) to the football at Ibrox with my Rangers-daft grandpa; to hidden gems like the Mackintosh school-turned-museum in Scotland Street; to university in the days before computers where I literally  ‘cut and pasted’ an essay with scissors and Pritt-stick, sitting on the shoogly Clockwork Orange and praying I’d make it by the twelve noon deadline. The Clockwork Orange has nursed my heartbreak on a long, spinning, meditative afternoon, where I curled up and did the full circuit until my tears became sniffles, then sighs, then resolve. Better off with out him said the thrumming of the rails. And they were right. 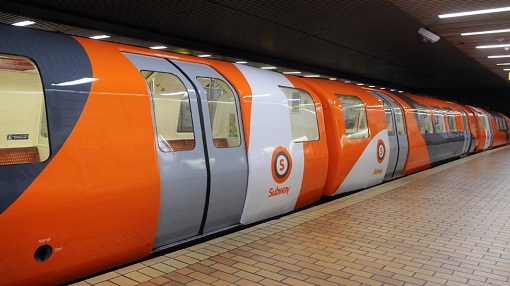 That’s the thing about the Clockwork Orange: climb on, and switch right off. Buy your ticket and you can sit there all afternoon. Unlike the clever, gridded interweavings of other transport systems, there’s only one way you can go on Glasgow’s subway – round. There are no ‘zones’ or termini: stay on long enough and you’ll come right back to the start. Which makes  it perfect for people-watching, or day-dreaming. Or not getting lost. When I wrote my recent novel ‘This is Where I Am’, about a Somali refugee trying to carve out a life in Glasgow, I thought a lot about how we navigate our cities. For the local, it’s all short-cuts and bus-hopping. For the stranger; you want signposts and safety. You do not want to be lost: which made the Clockwork Orange a perfect way for my hero Abdi to get about. Keen to get the detail right, and no longer living in Glasgow, I made a pilgrimage back to the subway;  I  went with my daughter,  only to find it’s undergoing yet another refurbishment. We step inside.  Bright white tiles, state-of-the-art ticket machines, and escalators sweeping you down. Standing there again, on the platform.  Admiring the view, all different, gleaming, slick; but hoping that they haven’t changed the trains.  We wait in the white-tiled tube,  the city above our heads. There is a slow shift to the density of air inside, the noise building, the distant rumble becoming a roar; here it comes – don’t put your toes over the edge – snub-nose emerging from the tunnel, snuffling: ORANGE! Yes, still orange, and the smell…the smell, thankfully,  is exactly the same. As is the only way you can go. 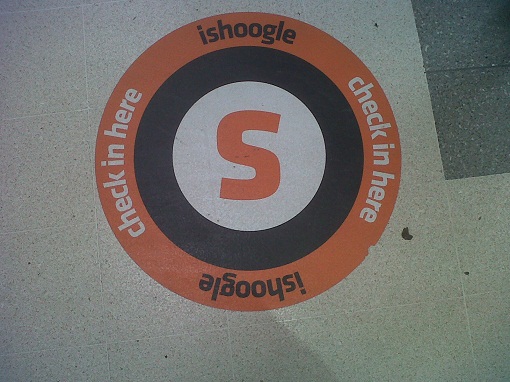 Karen Campbell’s new book This is Where I Am is published by Bloomsbury Circus — £12.99