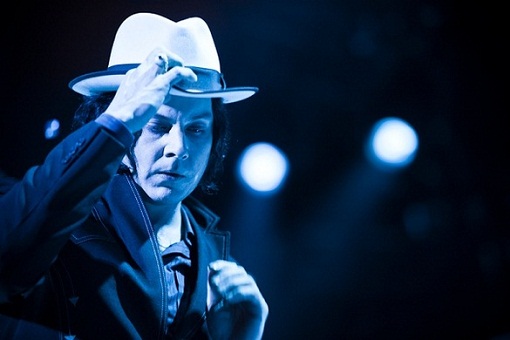 With the Grammy Awards imminent, Mahlerman casts his eye over the nominees and identifies the gems amid the dross…

Next Sunday at the Staples Center in Los Angeles the Rapper LL Cool J will host the 55th Grammy Awards, the annual bean feast set-up in 1959 by the National Academy of Recording Arts & Sciences to ‘celebrate’ (for celebrate read ‘promote’) what they term, in rather high-flown language, the ‘musical accomplishments by performers’ in a given year.  The Academy is ‘dedicated to improving the quality of life and cultural condition for music and its makers’.  Phew!  This Manichaean world-view has been promoted relentlessly over the last few years and, even though the categories were cut last year from a preposterous 109 to the still-inflated 78, the sense you get if you choose to watch the ceremony is of an industry in crisis, more interested in expanding their client base and selling advertising, than celebrating the ‘accomplishments’ of musicians.  But in among the dross of Dance/Electronica, New Age, and Contemporary Christian (‘Jesus, Friend of Sinners’), there are, almost submerged in a static of crassness, some marvels to be found.

Where to start with Fiona Apple.  I first heard this spooky New Yorker when, still a teenager, she released her first album Tidal in 1996, and from it was plucked a great, doomy rocker ‘Criminal’ which, supported by a soft-porn video, became a US hit and won this troubled waif a Grammy for Best Female Rock Vocal Performance.  So far, so routine.  Tidal went on to sell more that 3 million ‘units’, and she was on the way; to where was anybody’s guess.  Skip a decade, during which you learn of her childhood rape, some freaky sex with David Blaine (my daughter occasionally leaves her magazine Heat lying around), and a stunning album in 2005 ‘Extraordinary Machine’.  Could this woman be the real deal?  Then, what arrives last summer but ‘The Idler Wheel Is Wiser Than The Driver Of The Screw And Whipping Cords Will Serve You More Than Ropes Will Ever Do’, a pared-back collection of visceral songs that IM not-so HO is that rare thing in popular music, a masterpiece – and nominated this year in the category ‘Best Alternative Music Album’.   From that collection Regret, a mesmerizing percussion clatter, spare piano chords…..and that voice.  Listen up, the new Joni is here.

Jack White already has a shelf groaning with Grammy’s and other awards for his work with the now defunct White Stripes.  This year his first solo album Blunderbuss, released last year, is nominated four times.  White was born into a sprawling Catholic family of ten in Detroit, Michigan 38 years ago, veering toward and then away from the priesthood, and eventually finding his mojo in a stripped-back marriage of Americana Blues and Garage-Rock.  Blunderbuss was created in the shadow of his recent divorce from Karen Elson, but so amicable was the split that she features all over this marvellous collection, singing backing vocals.  Here, the delightful title track.

My oh my, they just keep coming.  Vinyl is on the up, the flat monophonic sound of my old Dansette is back it vogue, and here is an ex-postmistress fronting a pulsating four piece and sounding like the lost love-child of Otis Redding and Aretha Franklin.  Where did Alabama Shakes come from and what, in the name of Janis Joplin was Brittany Howard doing sorting letters?  The boys create a beautiful, tight sound behind her, and she simply explodes into whatever she is singing – and, as here in I Ain’t The Same, she plays a mean Gretsch guitar.  They are nominated for a couple of Grammys, but I doubt they will need the boost.  I think I’m in love.

Not the least fascinating gift that the Beatles brought to popular music, at least with the first six albums, was their seemingly complete understanding of the limitations, and the potential, of pop music – and they had the great good fortune to have, in their perky front-men, two songwriters of genius who could pack the message into three minutes.  When I first heard the New York trio Fun about a year ago, on the release of their second album Some Nights, I got the same frisson, the same shudder, that I remember from all those years ago at the Coventry Hippodrome, when the Fab Four were on the rise.  This was ‘pop music’ pure and simple, and the better for it. This was, dare I say it, fun.  The anthemic Carry On, delivered with no small nod to Freddie Mercury by their charismatic singer Nate Ruess, sums-up this marvellous band perfectly – yes, his voice is auto-tuned but hey, that is the technology of today; who cares.  I’ve been trying to think of a word that sums-up the sound of this band, and it just came to me – optimistic – and the music world could do with more of it.  They are nominated for six awards next Sunday.

3 thoughts on “Grab a Grammy”