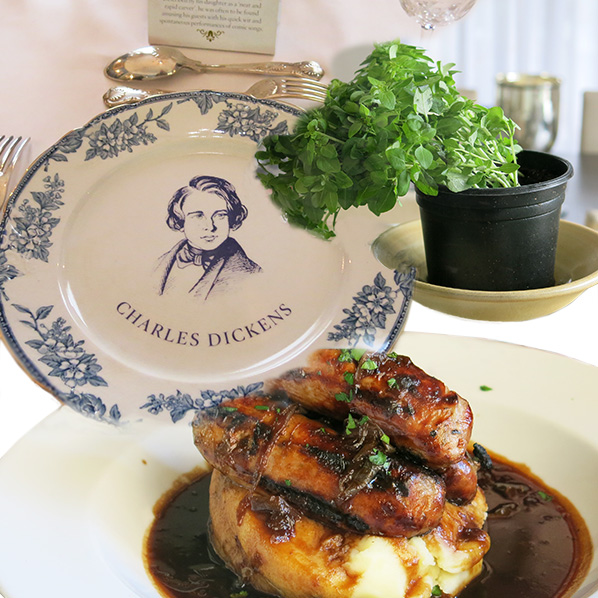 ‘Rebecca – 3 miles away’ keeps popping up on my computer screen, looking for a date – I’m just trying to work out why. I understand that men have occasionally been known to feel attracted to women. I’m not sure I’d fancy Lord Rennard playing footsie with me, though I may well be flattered by the attention. Pervs and misogynists aside, what’s wrong with a bit of good old heterosexual tactility?

Some years ago, at a lunch at the House of Lords, I was persistently kicked under the table by my host. The first nudge of brogue-toed shoe against stockinged shin was somewhat soup-spluttering – but I was soon battling to restrain giggles, whilst conducting a serious conversation with a totally straight-faced Japanese businessman. It reminded me of being back at school.

As did the huge lunch I had the other day at a pub called The Crabtree (in the same street as the River Café, where for a huge amount of money I could have enjoyed a more minimalist and certainly much tastier meal). I was with a girlfriend who lives around three miles away (no, not Rebecca).  My friend really should write a blog, as she’s quite an authority on food issues – or at least issues she has with food. She informed me that Waitrose use halal lamb in their readymade meals, without ever mentioning so on the packaging. She also volunteers at a food bank run by a charity. People on benefits are given vouchers they can use there. One chap came in his car to collect two weeks’ worth of food. Another woman with Afro hair extensions and elaborately manicured nails was annoyed that they’d run out of disposable nappies for her three year old.

Meantime, according to The Mirror, more than 7000 adults in Britain are being paid sickness benefits because they are too fat to work. The taxpayers’ bill for their welfare payments came to £28 billion last year. Last week a leading doctor suggested that obese children should be offered stomach surgery.  Having been a chubby child myself (with all the associated bullying) I feel well qualified to comment on this subject. My own obesity was largely due to pure greed – though my parents’ attempt to love me to death may also have been a contributory factor.

And my response to endless taunts of ‘fatso’ was to become a fitness fanatic. My weekly exercise regime now includes two bouts of pure torture – one, branded as bootcamp pilates, uses something called a ‘reformer’ machine to stretch the body into submission; the other, a dynamic yoga class, is strictly for die-hard (as well they might) yoga enthusiasts. Last week, I received an intriguing email from the House of Yoga, inviting me to a ‘flying into arm balancing workshop.’ Having recently had a cortisone injection in one shoulder, I wasn’t tempted, though it looks rather fun – a bit like playing Twister… by yourself. I just hope state funding is still available to replace multiple joints in my body when that time indubitably comes.

A healthy dose of of constructive criticism may help more of us get off our fat arses. Parents should be educated on what constitutes wholesome food and sensible portion sizes –  and it would also help if school exercise sessions were regular, and fun. How about Zumba-style dance classes and aqua aerobics? Or making exercise a daily ritual, like they do in China? Plus, compulsory home economics lessons for all. And no more glorification of chicken nuggets, please…

I managed half of the day-in-a-life of a chicken shop show the other day before switching off. As much as I wanted to cosy up to the media world’s average man on the street, I just couldn’t. I grew up eating fried chicken and chips, but soon learned better. In view of the surfeit of Jamie Oliver, Hugh Fearnley-Whittingstall et al on television, I’m surprised anyone is inclined to eat fast food. Is it ridiculous to suggest that horsemeat should be used to feed the poor? It’s surely more nutritious and less fattening than fried chicken?

That being said, the Victorian poor lived on basic fats and carbs – bread, dripping, potatoes, beer and tea – but were rarely fat. And wealthy Victorians consumed gargantuan amounts of food by today’s standards, yet many lived to a ripe old age – probably with very little exercise at all.  As for hygiene standards, hedgehogs were sometimes kept in Victorian kitchens to eat insects. A dirty house was seen to produce dishonest people. I discovered this on a visit to the Charles Dickens Museum – a great place to go if you’re in central London with an hour to spare… or a bit longer, if you want to indulge in tea and cake in the adjoining café.

I enjoyed being temporarily transported back to 1837, but seeing the Dickens’ kitchen, scullery and wash house helped me appreciate the modern day luxuries we so often take for granted… In a bid to avoid the invariable grocery substitutions, I finally managed to go food shopping this week, instead of ordering online. But I opted for the convenience of home delivery – so bags of spinach arrived looking as though they’d been ironed – and Greek basil (above), as if it had been used to test aircraft engines.