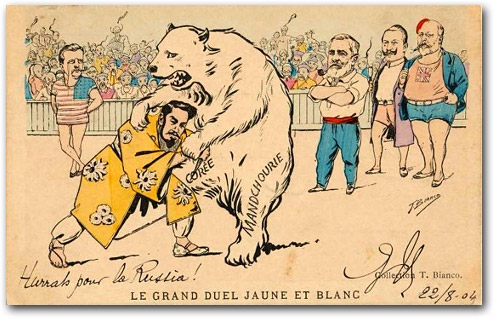 Jonathon starts a new series featuring all the colours of slang by looking at cowardy-cowardy custards, jealous husbands and the yellow peril…

A new year, or still thereabouts, so why not a new thread: colour. Rainbow nation slang is not – violets being simply onions or cabbage and indigo briefly plays on blue to mean a copper –  but certain colours, predictably primary, have their role. For no reason other perhaps than the weather is foul and one yearns for sunlight, let us start with yellow.

Compared with, say, blue, with its positive true blue, or red, which for villains traditionally meant gold, yellow scores low on plaudits. The yellows once meant gonorrhoea (think pus), and later jealousy (thus the yellow gloak, the jealous husband and Malvolio’s significantly yellow cross-gartering) but the echt-image is of course cowardice, of which the colour often appears as a streak (first found in 1896 and often found in tales of dering-do, e.g. Buchan’s reference in Mr Standfast to a bad un: ‘What I mean is that he’s not clean white all through. There are yellow streaks somewhere in him.’*

Cowardy-cowardy custard indeed. And there are a variety of compounds: yellow backed, –assed, –bowelled, –gutted and –livered. There is also yellow-bellied, which, as I found on arrival in the county in 1953, was in addition the name of choice for inhabitants of Lincolnshire: the reference is to the frogs that throng the lower-lying areas. A yellow leg (varying the usual blackleg) is a strike breaker, although taken more literally it has meant a US cavalryman or a Canadian mountie, both of whose uniforms offered gold stripes down the trouser-leg.

Yellow is not wholly without value. Like red it means gold, thus the descriptive yellow dust; but that also means money or its coinage as do such compounds as yellow stuff, yellow boy, a sovereign or golden guinea,  yellow jacket, yellow bird (from the US eagle engraved on mid-19th century dollars) and yellow George (from the monarch’s head), yellow kelter (kelter being a northern dialect term for cash, sounding suspiciously like German/Yiddish gelt) and the simple yellow one, which also meant a gold watch; a yellow and white one was also adorned with silver. And a yellow back, at a time when certain denominations of US dollar bills came in yellow rather than the usual green, meant variously a $10, $500 and $20 bill. It also meant, in Australia, a gob of phlegm.

Some yellow is simply yellow, as in the yellow fancy, a costermonger’s handkerchief coloured yellow with white spots; the yellow eye, an egg, the yellow jacket which once referred to an Australian convict’s yellow uniform and latterly to the drug Nembutal which was thus packaged. Still amongst the drugs, yellow dimples and yellow sunshine were LSD and yellow Jesus Mexican heroin (from its light-brown colour and ‘powerful’ effect). Mellow yellow was dried banana-skins, supposedly hallucinogenic. Indeed, I encountered them in 1967 at something called the 14-Hour Technicolor Dream: I just said no.

These, however, are to sidestep. The term of greatest import is yellow peril, a phrase that was coined in approximately 1900, but which reflected on an unease, both in America and in Britain, that had been growing for the last fifty years. The synonymous, but relatively short-lived yellow agony, as used in Australia, appeared at around the same time.

The image of the yellow peril, of the essentially sinister ‘Chinee’, is very much a fictional construct, although the real-life Boxer Rebellion of 1900 had undoubtedly urged the process on. It grew from novels such as Dickens’ Edwin Drood, where the opium den run by Princess Puffer lies in deepest Limehouse; in the short stories of Conan Doyle, e.g. Sherlock Holmes’ tussle with ‘the Yellow Face’ (nothing remotely Chinese but where perhaps interestingly the problem is solved when a hideous yellow mask is torn aside to reveal the face of a small, supposedly mixed-race Black girl, whose White mother wishes to hide her antecedents), and most of all in the series of thrillers ‘starring’ that epitome of Chinese devilry: Dr Fu Manchu.

This exemplar of all things fiendish and oriental  was created by Sax Rohmer (1883-1959) in The Mystery of Dr Fu Manchu (1913); he would later claim that, on asking an ouija board where his fortune might lie, he received the answer C-H-I-N-A-M-A-N. Rohmer continued writing the tales until his death, and his creation continued on screen until the 1970s. A journalist and adept of the Order of the Golden Dawn (an occultist group whose members included the poet W.B. Yeats and the self-styled ‘Great Beast’ Aleister Crowley, and which propounded what might most kindly be termed ‘conservative’ views on race), Rohmer had been on assignment in Limehouse. Apparently there, amidst its teeming alleys, lurked a mysterious Oriental ‘godfather’ a Chinese super-villain named ‘Mr King’. Rohmer searched in vain. There was no King, but he returned with the inspiration for a fictional Chinaman, more villainous by far than any supposed East Ender. The image of Fu Manchu, with his slit eyes, his drugs, his henchmen, his languorous girls (both Chinese, and far worse, White) became the image of China for much of the Western public and stayed that way well into the 20th century.

If the Chinese were cruel, larcenous, drug-addicted White slavers, then even more so were they yellow. Skin tone, that useful denominator of social and moral type, came swiftly into play. America offered a range of synonyms: yellow back, yellow belly, yellow bastard, yellow cur, yellow dog, yellow guts, yellow heel and yellow pup. The underworld term mustard meant a Chinese person. Yellow man played the same role for the Chinese as ‘red man’ did for Native Americans (although yellow man in the West Indies refers to an albino as does yellow fellow in Australia, and red-skinned in the West Indies). A yellow goodsman was one who smuggled Chinese workers (yellow goods or yellow fish) into America. Yellow might have meant cowardly several decades prior to the Chinese ‘invasion’, but the old use served perfectly to underpin one more negative aspect of the new one. Terms such as little yellow men, which come World War II would serve muster to describe a new yellow peril – the Japanese (aka yellow tails to emphasise their bestial diabolism) – left no-one in doubt as to the prevailing mood.

And yellow mixes racial slur and colour-coding for a variety of terms meaning mixed race: yellow-ass, yellow-black, yellow-boy or girl (or gal or for the latter high yellow or often yaller), yellow snake and, lest one overlook the obvious: yellow nigger, which could also refer to any East Asian, however pure their race. Yellow fever, which as an illness was known as yellow jack, meant an obsession, either hetero- or homosexual, with having East Asian lovers, the female of which species was, and perhaps remains yellow velvet.

*this, it transpires, refers to the villain’s being ‘afraid of bombs in a big city’ or, as Richard Hannay describes it, ‘agoraphobia’