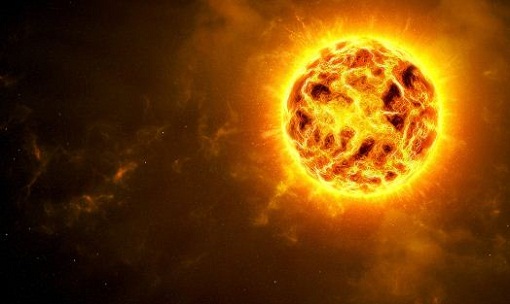 Over at Hooting Yard, Frank Key has been devoting the year thus far to diary entries by the great, the not so great, and the frankly fictional. Here, exclusively for The Dabbler, he has unearthed the diary of a nonagenarian Russian exile in Spain, written on this day in 1994:

It was the morning of my ninety-fourth birthday, and I was in bed with my catamite when Pedro announced that there was a huge fireball in the sky.

“Boris Ivanovich, come quick to the window and look!”, he cried.

“How am I to come quick when I am ancient and feeble and jellylegged?”, I asked in broken Spanish. Though I have lived here in Cando in Galicia ever since those vile Bolshevik ruffians hijacked Mother Russia, I have never quite mastered the tongue.

“Have your catamite hoist you on his young shoulders and carry you hither,” said Pedro.

“My catamite is fey and weedy and in any case he needs his beauty sleep,” I said.

“But so marvellous is this blazing fireball that you are unlikely ever to see such a thing!” cried Pedro, pointing through the greasy window at the sky.

I yawned, turned over and went back to sleep.

And I dreamed as I so often do of my Russian childhood, under the Tsar, and that day when I was eight years old and I saw the fireball created by the massive and mysterious explosion over Tunguska.

“The fireball lasted a full minute!” he cried, “I think our little Galician village of Cando has been struck by a meteor, zooming in from outer space!”

“Same old same old,” I said wearily, “Just like in Tunguska when I was tiny.”

But later, over breakfast with my catamite, I began to wonder. Could it be that cosmic forces were conspiring to obliterate me through the agency of gigantic burning rocks hurtling impossible distances through space to come slamming into the Earth just yards from where I lay? First in Tunguska in 1908, and now in Cando today? What a pity, I thought, that Anthony Burgess died a couple of months ago. He might have made me the hero of one of his novels, the story of a life bookended by inexplicable explosions.