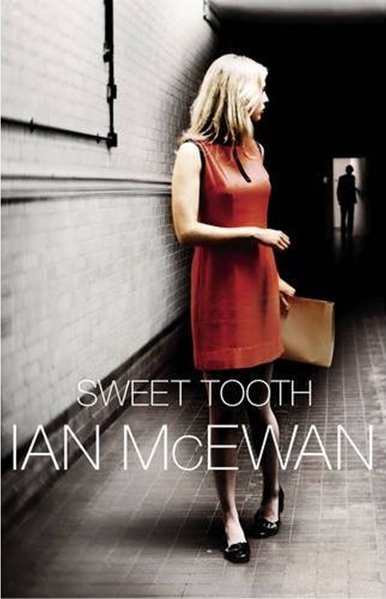 This month all members of the Dabbler Book Club are in with a chance of winning a copy of Sweet Tooth by Ian McEwan, sure to be seen being read everywhere between now and Christmas. If you haven’t already joined the book club, why not sign up now, it’s free and you might be able to impress your friends by getting hold of an early copy of one of this year’s most eagerly awaited books.

Serena Frome, the beautiful daughter of an Anglican bishop, has a brief affair with an older man during her final year at Cambridge, and finds herself being groomed for the intelligence services. The year is 1972. Britain, confronting economic disaster, is being torn apart by industrial unrest and terrorism and faces its fifth state of emergency. The Cold War has entered a moribund phase, but the fight goes on, especially in the cultural sphere.

Serena, a compulsive reader of novels, is sent on a ‘secret mission’ which brings her into the literary world of Tom Haley, a promising young writer. First she loves his stories, then she begins to love the man. Can she maintain the fiction of her undercover life? And who is inventing whom? To answer these questions, Serena must abandon the first rule of espionage – trust no one.

McEwan’s mastery dazzles us in this superbly deft and witty story of betrayal and intrigue, love, and the invented self.

A thoroughly clever novel…a sublime novel about novels, about writing them and reading them and the spying that goes on in doing both…very impressive…rich and enjoyable (Lucy Kellaway Financial Times )

After that, you don’t have to do anything. All members will be automatically entered into the ballot for one of 10 free review copies, which will take place on Tuesday 18th August. We’ll email the winners, at which point you can opt out if you really don’t want that month’s choice and would rather another member got the chance.

We’ll be reviewing Sweet Tooth in the next month or two, and you can contribute your thoughts (though you’re not obliged to.)

Thank you to our friends at Random House for kindly providing the copies.

Ts &Cs: All entrants will automatically be entered into the Dabbler Book Club. This means that you will receive occasional emails from us about the next monthly book and other offers. However, we will not pass your details on to any third party and you can unsubscribe at any time by emailing editorial@thedabbler.co.uk and requesting to be unsubscribed. Winners will be drawn at random from the Dabbler Book Club members at 12pm on Tuesday 18th September 2012. The judges’ decision is final. The Dabbler reserves the right to offer an alternative prize or to offer no prize and withdraw the competition at any time for any reason. More competitions are available at Free UK Competitions.