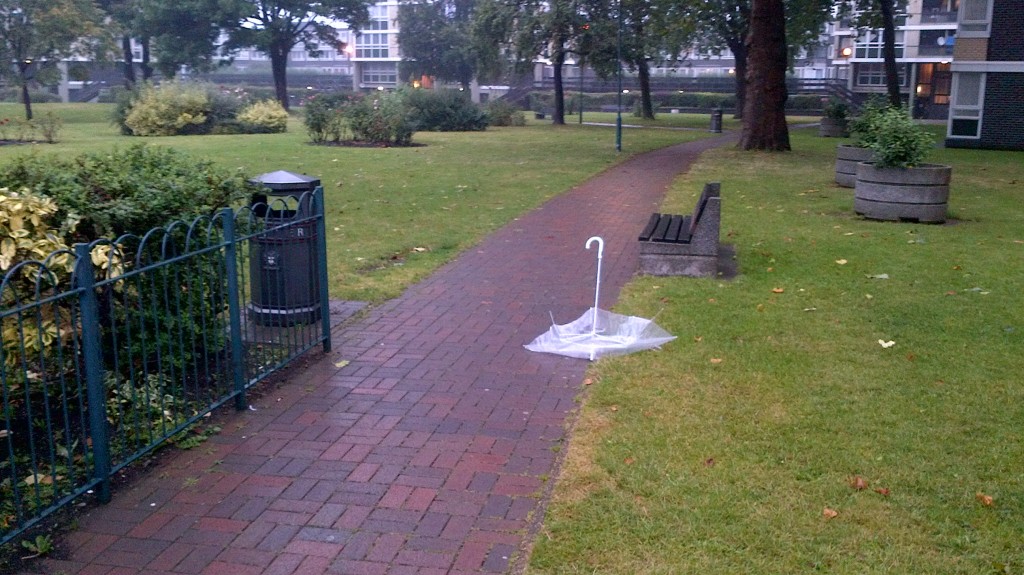 This week Frank has a chance encounter with an urban swan…

Earlier in the week I caught a sighting of an urban swan. Unusually for me, I happened to have a camera about my person, so I took a snapshot. As you can see, the urban swan differs from the standard common or garden (or river and lake?) swan in that it is far less savage. Far, far less savage. Oh, they may look graceful and elegant as they glide along waterways, but all you need do is look into their eyes, where you will encounter fathomless alien savagery of a kind to give you the collywobbles, if not to run away as fast as you can emitting bloodcurdling screams.

Fortunately for us, the urban swan is eyeless. Indeed, some experts believe it is inanimate. Beware, however, for it can still be dangerous, particularly if picked up from the ground by a passing Bulgarian secret policeman who then daubs the pointy bit of its underside with poison and uses it to poke an expatriate dissident on a bridge. Other than in those circumstances, however, the urban swan is relatively harmless.

I contacted the Master of the Queen’s Music, Sir Peter Maxwell Davies, to ask if he has ever dined on urban swan. He is known to have a taste for whooper swans, having removed one from where it had perished on an electrified fence and taken it home to cook and eat. For this he was, quite rightly, cautioned by coppers. I was only able to reach his answerphone, from which there came a hideous caterwauling sound, which I took to be either a recording of Sir Peter’s Eight Songs For A Mad King or possibly another whooper swan being slaughtered in his pantry.

3 thoughts on “The Urban Swan”