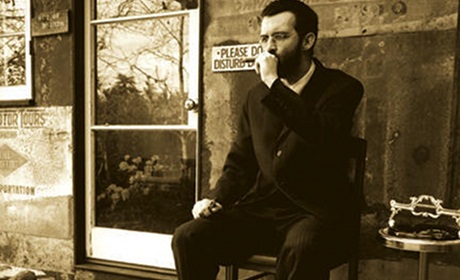 As the autumn leaves fall, here’s Martpol with an injection of musical dejection…

Sometimes Sundays require music that is upbeat and rescues you from the whole work-next-day gloom. But more often for me, they are about the kind of quiet, tender music that can soothe you as much as it breaks your heart. I think this might be the bit of me that used to be religious coming to the forefront; that need for a channel for quiet reflection. There’s as much sad music out there as there is happy, but absorbing melancholy is about more than just choosing a couple of minor chords and feeling sorry for yourself (otherwise I’d be hanging out with the emo kids at the bottom of our street). My sad and beautiful world is shot through with lyrics that are sometimes plaintive, sometimes cryptic, but never melodramatic. They might find their spiritual roots in Bob Dylan’s You’re a Big Girl Now: “Love is so simple, to quote a phrase / You’ve known it all the time, I’m learnin’ it these days”.

Purely by chance, I’ve happened upon four Americans for my injection of dejection (with the exception of a guest star). Although these days there’s a whole sub-genre of folky US singer-songwriters who strum their pain with nothing but a guitar, the backbone of my chosen four is usually a piano or string section. So there’s no better place to start than with Tori Amos, and one of those songs that is endlessly interesting because it never seems to fully reveal itself. This live performance has to be one of the most committed I’ve seen.

Next, the first of two bands that aren’t really bands but a front for a man called Mark’s extensive collection of sorrowful thoughts. Mark Oliver Everett, known as E, has been around for over 20 years, putting out nine albums with his band Eels. For my money he’s one of America’s great underrated songwriters, although admittedly with an underdeveloped self-editing facility: the parent album of this track, Blinking Lights and Other Revelations, is one of those  cases of two discs where one would do.

Our second Mark is Mark Linkous, better known as Sparklehorse. One of the great exponents of the lo-fi genre (detuned guitars, scratchy sound quality, radio static etc.), Linkous produced some of the strangest, saddest music of the 1990s and 2000s, before committing suicide in 2010. This is a song directly about death, but there’s plenty of mystery within its funereal elegance.

Finally, a song from Beck’s Sea Change, the most natural inheritor here of the spirit of Dylan’s Blood on the Tracks. It isn’t obviously a breakup song until the devastating couplet chucked in after the first verse: “These days I barely get by / I don’t even try”. After that, it’s all downhill for the poor bloke, but with a lightness of melody that should help to ease anyone’s pain. And that’s what Sunday sadness is all about.

5 thoughts on “The Sad Americans”