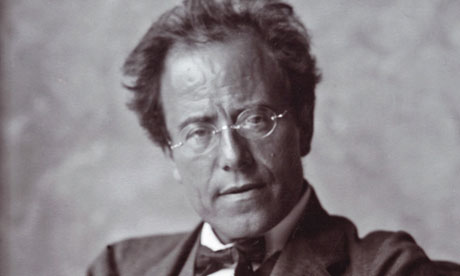 Mahlerman celebrates the Jewish contribution to the classical canon…

What is the world’s shortest book? Answer: The Book of Gentile Violinists. And it is quite true that if you made a list of the major fiddlers of the last 100 years, a very high proportion, perhaps more than 90%, would be Jews. This also holds for pianists, and by about the same ratio. Why is this, and why, if this ethnoreligious group are as ‘musical’ as they seem to be, have they not produced more great composers than the fingers of one hand can count? Are they better at recreating than creating? Even the two best known 19th Century Jewish composers – Felix Mendelssohn and Gustav Mahler – were not strongly linked with the Hebrew faith. Mendelssohn’s family converted to Lutheranism when he was a child, and Mahler, when it became clear that the anti-semitic feeling in Vienna would keep him out of the top job at the Court Opera, simply converted to Catholicism.

It was generally considered that when Eleonore von Clossmann, a member of the Catholic aristocracy of eastern Styria, married Ignaz Schreckeris, a Jewish photographer, she was entering a union well below her station in life but, as many of us (and Turgenev) know, the human heart is a dark forest. The oldest of the four children that survived was Franz Schreker, who was 10 when his father died in 1888, leaving the family in virtual poverty in Vienna. A few years later, with the help of a scholarship, he found a place at the Conservatory, and in 1897 graduated in violin and in 1900, in composition. A number of marvellous operas appeared over the next twenty years, matching in popularity those of Richard Strauss, and Schreker’s fame expanded in Europe and around the globe. It is something of a mystery that his music is now heard so rarely in the theatre and the concert hall, but for lovers of late-romantic lush, I can think of nobody more appetizing. Here, from 1900, the Intermezzo for String Orchestra, Op 8. The painting is Acqua Mossa by Gustav Klimt.

Fin-de-siecle Vienna in Schreker’s time was dominated by the fiery autocrat Gustav Mahler. This tyrannical Bohemian Jew was a sworn enemy of the easy, of the primrose path, and he was not above expressing his ruthless perfectionism in the appointments he undertook, as a conductor, in a spectacular rise from provincial Bad Hall near Linz when he was 20, to Ljubljana, Olomouc, Kassel, Prague and Leipzig. In 1888 he was head of the Royal Opera in Budapest, and three years later Hamburg, Germany’s second city, came calling. From there it was but a short step to the very top in Vienna and, as Neville Cardus put it “dictator of music of Central Europe in the Imperial Opera of Vienna at the high noon of its splendour”. He was 38, and would be dead in 12 years. And somehow along the way, he managed to compose various songs and song-cycles, and (almost) 10 symphonies that in length, size and scope, dwarfed anything that had gone before. Here is part of one of them, the 2nd in C minor, a real monster lasting about 90 minutes. The slight 4th movement (of five) is the wonderful Urlicht (‘Primeval Light’) from Das Knaben Wunderhorn. The sound on this 1957 recording is poor; the eccentric Canadian pianist Glenn Gould directs the orchestra looking as nutty as ever – but the real treat is the extraordinary contralto voice of another Canadian, Maureen Forrester, who sadly died in 2010. This majestic voice, seemingly produced without effort, made her a national treasure in her own country, and admired around the world. On her marriage to a Jewish musician this product of Scottish and Irish parents converted to Judaism.

Mahler’s influence, and music, fell heavily upon a number of composers: our own Benjamin Britten, the Russian Shostakovitch and, later in his life, the Brooklyn born Lithuanian Jew Aaron Copland. Beginning his musical studies in New York with Rubin Goldmark (a nephew of composer Karl Goldmark), Copland had the good fortune to find himself in Paris in 1921 at the knee of the great teacher Nadia Boulanger, who immediately recognised his talent. He stayed for three years, mixing with the hothouse intellectuals and artists that made Paris in the twenties the artistic centre of the universe. On his return to America he began composing in earnest and, though he was a gay man with communist leanings, he was not overly troubled by government interference. A couple of decades later, it might have been a different story. Today he stands as the so-called ‘Dean of American Music’ because of his God-given ability to express, in sound, the wide open spaces of his native land, and the pungent optimism and vigor of its inhabitants. He created, I suppose, an American style. Here, in part of the ballet suite Billy The Kid we can enjoy the pastoral sections, with their blowy, over-the-hills-and-far-away effects, and the evocative, dreamy bugles, so important in this composer’s soundpictures.

I remember quite clearly the day I first heard the wonderful Octet for Strings by Felix Mendelssohn. I was probably the same age as he was when he wrote it – sixteen. At sixteen I think I could tie my own shoelaces, and cross the road unaided – but what was this? A work of symphonic dimensions, scaled down to a chamber group of eight players, and bursting with a youthful genius that seemed to me then, and now, perfection; a miracle. And so it stands, his opus 20. A little later came opus 21, the Midsummer Night’s Dream Overture, and who has not heard this magical soundworld without mentally dropping their jaw? These few short teenage years were perhaps the apogee in the short life-span (38) of this exquisite (Thackeray: “His is the most beautiful face I ever saw”) German Jew, as the enervating blandness of his later music was to prove exasperating to those who saw reflected in it all they most disliked in mid-Victorian England. But then, we will always have the Octet, and here are the last two staggering movements. The beautiful sepia snap is of the American dance pioneer Loie Fuller taken, probably in the early 20’s, by the Londoner Samuel Joshua Beckett.

10 thoughts on “The Last Romantics?”