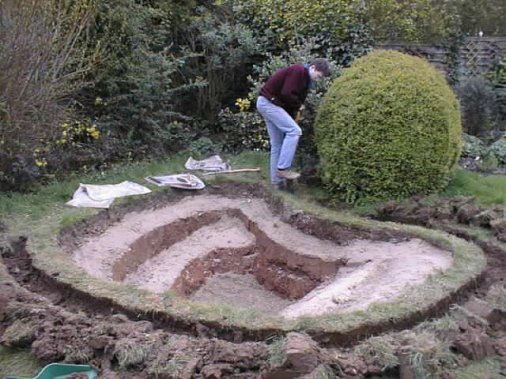 With his finger as usual on the throbbing pulse of current affairs, Frank responds to some breaking pond news…

I suspect all Dabblers are as overexcited as I am by the one million ponds project. This initiative by the charity Pond Conversation aims to double the number of freshwater British ponds until the entire land is pond-riddled. I imagine a future map of our sceptr’d isle resembling a fine piece of lacework, perhaps with more patches of blue pond than of green (or brown) land.

There are some intriguing passages in Roger Harrabin’s BBC report, not least the conjunction of a pond full of leeches “writhing like a snake pit”, the hand of project director Dr Jeremy Biggs flowing with leech-drawn blood mixing “with the milky waters of the pond”, and “an incongruous moment as the sounds of children’s voices drift through the dappling oaks”. No doubt what are referred to merely as “voices” were in fact bloodcurdling screams.

It makes me wonder if the pond in question was Stagnant Inky-Black Fathomless Spooky Pond, a stagnant and inky-black and fathomless and spooky pond I wrote about some years ago. This in turn prompts me to wonder if any thought has been given to the important matter of naming all these one million ponds. This is not a task that should be undertaken lightly, nor left to chance. Dabblers, I feel, would be ideal candidates to form some kind of National Pond-Naming Board. You lot should put your names forward.

7 thoughts on “One Million Ponds”