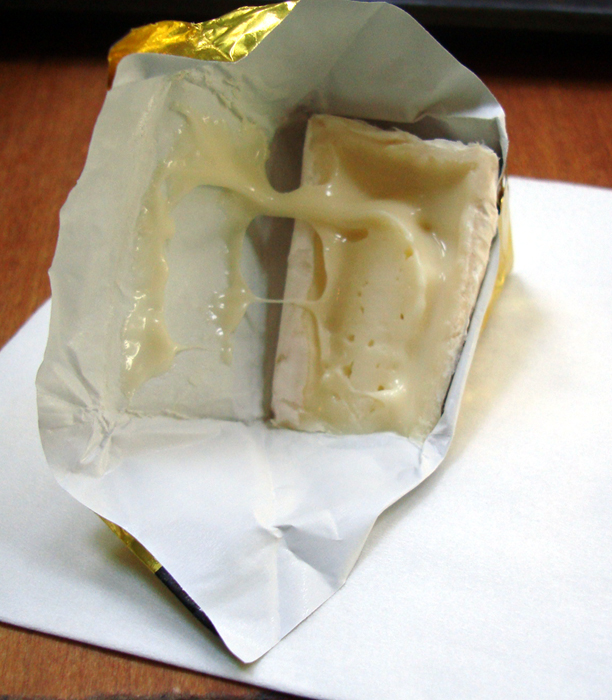 Anyone who thinks Heathrow is a mess should fly to Paris. Pandemonium rules at both Orly and Charles de Gaulle airports. There are queues as far as the eye can see for luggage, taxis, buses and information. Ask someone if they can help you with directions and you’re met by a frosty ‘non’. The dingy, dog-eared cafeteria space in departures at Charles de Gaulle’s terminal 2A, distinguished only by its poorly lit cratered-concrete modernist ceiling, also serves as a corridor for those in transit – probably because each terminal is simply one great curving corridor. As I sat and munched my way through a pre-packed carton of salad earlier this week, a family including several children and au pair filed dejectedly past – American father leading the way, declaring, “this place is a friggin’ maze.” I silently concurred.

Of course, they must still be feeling down after losing out on the Olympic bid, but the French are trying to make amends: At Charles de Gaulle they have begun replacing some of the floors with a covering that looks suspiciously like polished grey marble salvaged from a bankrupt Dubai shopping mall. There are dozens of new shops, mainly boarded up, with signs promising they will be opening soon. The cash-hungry luxury Prada, Dior and Gucci chain store triumvirate is already up and running. But their stores are empty too, with the exception of the odd Far Eastern visitor. And there are two brand spanking new seafood counters a la Caviar House serving smoked salmon and overpriced chardonnay to the occasional customer – who sits perched upon an uncomfortably tall designer stool in splendidly spotlit isolation. Only one of these eateries was open at the time of my visit.

Admittedly, there are some things the French do seem to get right – though perhaps a fluke of climate (or absence of air conditioning) is responsible for snack triangles of camembert (see above) always being so divinely runny? 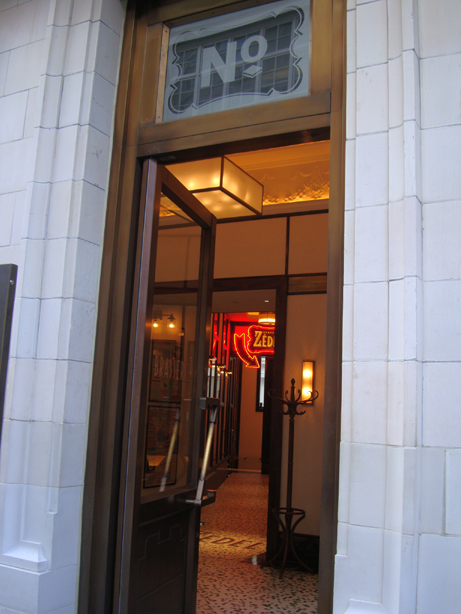 Truth be told, we Brits now do French far better than the French do. Take Brasserie Zedel in Sherwood Street. What is there not to like about this grand-scale dining and entertainment emporium that offers fine brasserie style food at reasonable prices? Okay, the newly gilded Art Deco interiors and faux-natural lighting are vaguely reminiscent of Ceasar’s Palace in Las Vegas, but there’s also a touch of 1970s Biba about the decor. And it feels refreshingly like the space has been de-spooked since the old Atlantic Bar and Grill days. 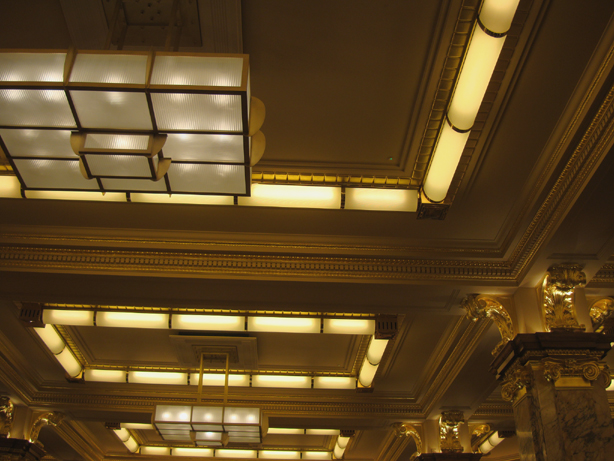 Arrive at almost any time for a meal and there’s usually a table available – covered with a crisply pressed pink jacquard cloth. If you’re alone, or first to arrive, you’re immediately offered a newspaper to read. The service is friendly and well informed, and the menu includes many dishes that seem stupidly cheap. Co-owner Jeremy King calls it, “catering for the mass-market, with mid-market aspirations.” 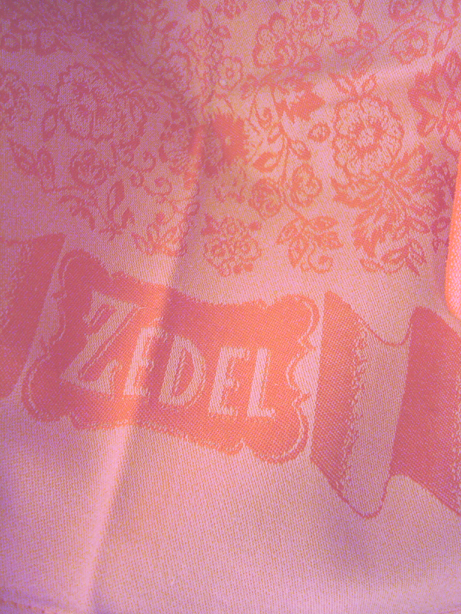 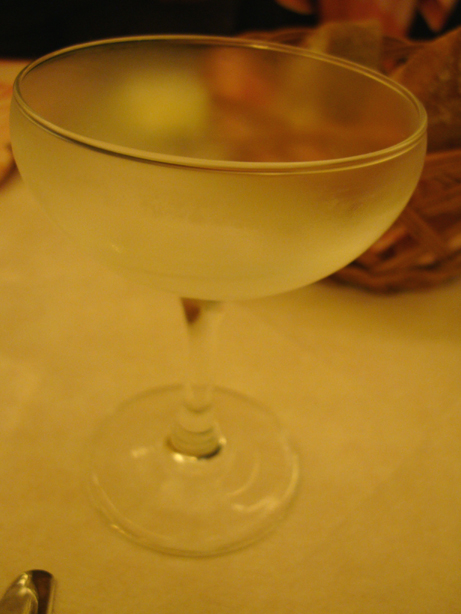 On a recent visit I enjoyed super-garlicky, gunky-green-gloop-drenched escargots – followed by delicious fresh grilled sardines with olive salad, accompanied by a side dish of somewhat more tinned-tasting ratatouille. My lunch date, from Fable & Co, had a celeriac remoulade, followed by duck confit and French beans – as well as an isle flottante (just the one Parisian airport-like form – though thankfully not set like cement). All that plus a jolly good bottle of cremant blanc de blancs, a coffee and a pot of not-so-French tea for well under £40 a head. 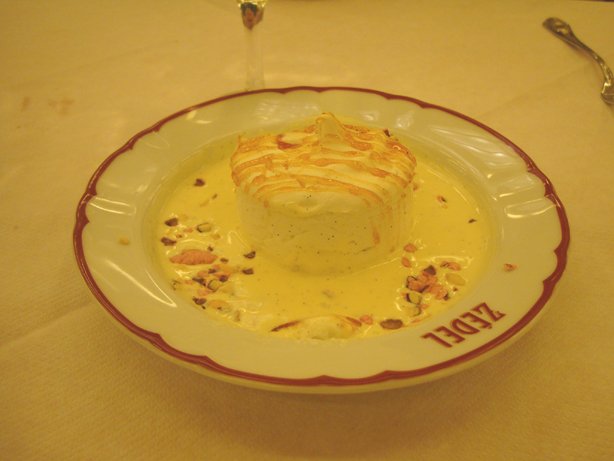 We liked it so much that we’ve decided to go back for some cabaret at the Crazy Coqs, where ex-Vegas showgirl, the fashionably named Miss Hope Springs is performing. They may feel cheated by our post-Olympic chutzpah, but I do hope Parisians are creatively inspired by London’s stylish interpretation of Frenchness. If not, they should at least feel flattered. 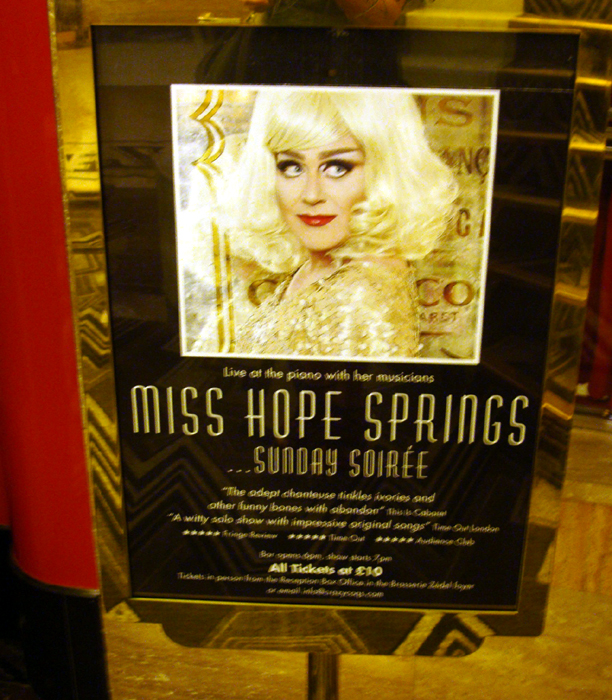