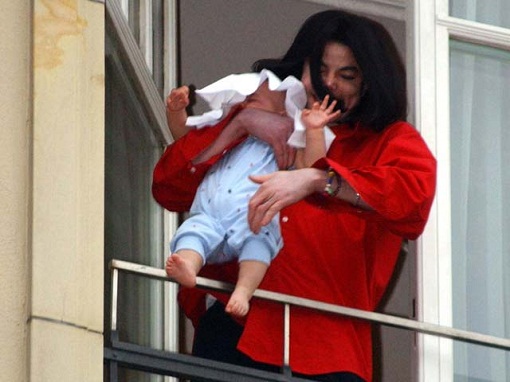 Do American and English parents do everything the opposite way round? Rita investigates…

I usually side with linguistic purists who consider “verbing” a sign of the collapse of civilization.  But in the case of the word “parenting” it is surely appropriate, for Parenting is now a competitive sport of Olympic proportions.  You win the Gold if your child gets into Harvard and drops out to run a billion dollar internet start-up.  Content yourself with the Silver if your child gets into Harvard, graduates, and becomes a hedge fund manager.  The Bronze is so shameful you hide it in the basement, where your child is probably living right now.  The official Hall of Shame is reserved for those parents whose children become drug addicts, end up in prison, or pursue a political career.  If all you have to boast about is that your child is a teacher, a nurse, a police officer, a firefighter, or some such “worthy” calling, well you had better excuse yourself from the cocktail party circuit to avoid the looks of sympathetic disdain from the Gold and Silver parents.  I don’t know if this is a peculiarly American phenomenon, but it is certainly very different from the way my parents and those of my friends behaved in my English upbringing.

I first noticed a difference between English and American parenting styles when I worked as a nanny in Berkeley in the 1970’s.  The Americans seemed to have it backwards, lax and permissive with small children but then cracking down with tyrannical force just as their offspring should be flying from the nest and making independent choices.  I was 22 and had lived away from home for four years, but my boyfriend’s parents imposed a chaperone on us when we planned to go away for a weekend.  He was still slinking around their house like a teenager to hide his smoking habit.  Meanwhile the children I took care of had no rules at all.  I was shocked on my first day when they arrived home from school, ran into the kitchen, flung open the refrigerator door and helped themselves to whatever they wanted to eat.  I was worried that I must have missed some instructions about what to give them for a snack, but no, their mother was actually puzzled by my question when she arrived home.  Of course they can eat whatever they want she assured me.  When I was a child we ate what our mother put in front of us, or we asked first.  There was no question of just grabbing.  In fact, in a famous episode that has passed into family legend, my sister went to Confession and confessed to stealing a piece of angel cake from the pantry.  She received a penance of three Hail Marys and no doubt gave the priest a bit of a laugh.  My Berkeley employer would probably have regarded this as akin to the horrors of the Inquisition.  She explained her parenting philosophy with phrases like “freedom to explore their world,” “no barriers to their curiosity,” “hearing the word no will stunt their creativity.”  As far as I was concerned this was all a recipe for the chaos that prevailed in their home.

When I had my own children I tried to behave like an English parent with mixed results.  My son recalled (with mock bitterness) how he would lie in bed when he was small and hear other children still playing outside.  The strict English bedtime was probably essential to my mental health.  Was it something in the American air that made these children such a far cry from the “seen but not heard” English model?  But by the time they were teenagers my English values clashed with other parents in a different way.  At fourteen my son learned to play the guitar and formed a band with some friends.  They would play in our basement after school.  One day another mother called and told me to send her son home right away, she had just learned what the boys were doing at my house.  “I don’t approve of the lifestyles of rock stars,” she said.  “That’s not the kind of future I want for my son.”  I was incredulous and could barely prevent myself laughing down the phone.  “They’re fourteen,” I said.  “Isn’t it a bit of a leap to imagine they’ll become rock stars?  They’re just enjoying playing music together. I think it’s a positive, creative activity.”  But my protestations were in vain.  The boy never appeared in our house again and I, already under suspicion for feeding  toad-in-the-hole to neighborhood children, was branded as some kind of European radical.  This mother’s words, “the kind of future I want for my son,” were the exact opposite of how I had been brought up.  My parents didn’t envisage a future for us, they encouraged us to follow our own dreams and find our own path.  (Just think if the youthful creativity of Mr. Key had been stifled!).  But so many American children are pressured to fulfill the parents’ dreams.  From hiring tutors for two year-olds to get them into the poshest preschool to confronting teachers who give their children a less than outstanding grade, competitive parents are relentlessly pushing the envelope on their sport.

As a librarian I’ve had a ringside seat over the years to both the lax and the pushy varieties of parental excess.  There are the children who are so special that rules do not apply to them.  I remember one elegantly turned out mother whose adorable little girls were sucking lollipops in the children’s room.  I told her that food and drink, including candy, were not allowed in the library so could the girls please put them away for later.  She arched one perfectly plucked and painted eyebrow in amazement at my temerity and stalked by without a word.  As she checked out her books the girls lolled against the counter ostentatiously sucking their lollipops and looking towards me with smirks of triumph.  One dreads to think how they behaved once they were teenagers.  Then there is the phenomenon mocked by Garrison Keillor in his description of Lake Wobegon, “where all the children are above average.”  Apparently all the children who attend library story times are so advanced for their age that two year olds must be allowed into the three year old program, three year olds into the four year old program, and so on.  Explaining that the programs are carefully planned by specialist children’s librarians to be age appropriate does no good.  “Well I know everyone says that their child is advanced for their age,” goes the refrain.  “But in the case of my child it’s really true.”  But strangely, once these “advanced” children start school it seems that they are incapable of doing their own homework.  Parents come into the library, often without the child, to “research” the homework assignments.  One avid, overanxious mother asked me for primary sources on the American Revolution.  It turned out her son was in kindergarten!  I came to understand that my own children’s homework assignments were often being graded in competition with other parents, not other students.  Who can compete with an engineer father’s battery powered working model of a lung?  This was what my daughter’s painstakingly assembled plastic bag and tubing effort was up against.

Now I’m on the sidelines of Parenting watching the next generation take up the baton.  But in my new sport of GrandParenting I’m definitely going for the Gold.

8 thoughts on “The American Way of Parenting”