In which Toby at last discovers the acme of museums…

I have finally located the Museum of Everything. It is in London, on Malet Place, and it is called the Petrie Museum of Egyptian Archaeology. 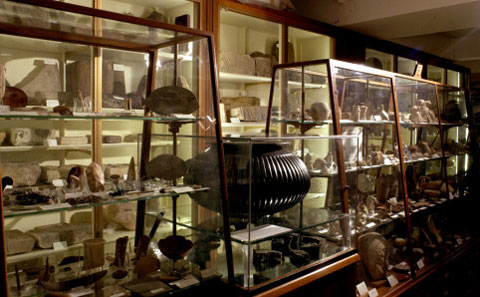 Museums, as we know, are compendiums of objects. But the further you travel – physically or conceptually – from the great national collections, the more compendious they become. Thus, to take some examples at random, the Museum of London has a place for mammoth bones; Norwich Castle Museum has an extensive display of stuffed animals, including a polar bear; and the museum of naval history in Chania, Crete, in amongst the model ships and uniforms and accounts of battles, has a room of sea shells, fanatically arranged by size.

When I was a boy, my brother and I started a museum of this sort in our attic; we never had a single visitor, of course, but our collection was a model of eclecticism: animal skulls – a cow, a sheep, several mice – old bottles, coins, box brownies, whatever we could find that there was more than one of; as though we had picked a corner of creation to arrange, in size order.

We were no doubt aping what we supposed a museum must be like, but, by a circular intuition, a museum to me now is a proper museum insofar as it approximates to this museum in the attic. A museum, in short, should be an arrangement of Everything, not a selection from it. And the Petrie Museum is, in that sense, the acme of museums.

Flinders Petrie (1853-1942) was among the founding fathers of modern archaeological practice. He pioneered stratigraphic techniques of excavation by which he documented and fixed the location of every morsel in the desert which was not actually sand; and developed standards of seriation in pottery which enabled sites to be accurately dated. ‘I believe’, he said, ‘the true line of research lies in the careful noting and comparison of the smallest detail’. Or, as he might have said, in the careful noting and comparison of Everything. 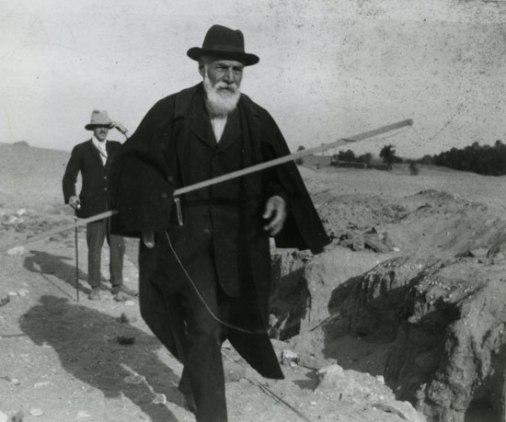 Most of the important objects which emerged from his many digs he handed over to the relevant Great Museums, but he also built up a personal hoard of some 80,000 things, and these he eventually sold to University College London, which now holds the most interesting bits and pieces in what they describe as open storage.

Where do you start to look, in a museum of Everything? They thrust a map of the collection into your hands as you go in (they being the students who I suppose staff the museum in their off hours), but you may as well thrust a map of the cosmos into the hands of a newborn. The whole exhibited collection is compressed into a couple of largish rooms, through which, and around which, and along which and on the walls of which run (and hang) glass-cabinets like the canals of the brain; you squeeze yourself in narrowly among the artefacts as best you can, peering, up, and down, and through, trying to settle to the compacted rhythm of the dense old-fashioned organisation, resistant as it is to contemporary notions of accessibility.

Not that it is wholly inaccessible. The labyrinth is way-marked with hand-typed cards, propped and strewn and skewed and dog-eared, which are for the most part neither descriptive nor discursive, but curt, accurate and informative. Locally, with regard to what is in front of your face, you know precisely where you are.

You do not, however, know where you have just been or where you are about to go. The chronological underpinning is itself a span so broad it tends to cultural infinity. Petrie was not only interested in dynastic Egypt – there are Palaeolithic, Mesolithic, Neolithic finds, the detritus of pre-dynastic civilisations, and the cultural spore of the Arabs who swept the remnant Byzantine civilisation away. And the organisation is never merely chronological. It is also by type (cabinets of stele, of amulets, of bead jewellery, of glass; a particularly rich collection of mummy portraits) and by site or by tomb. 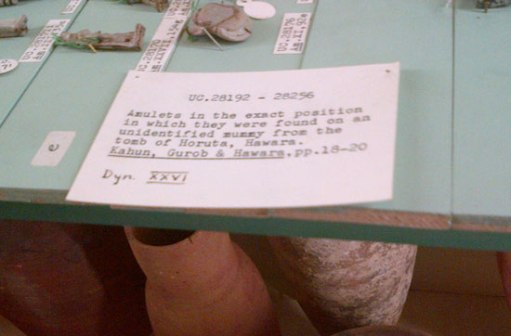 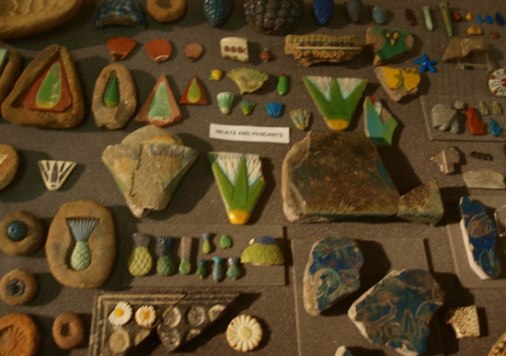 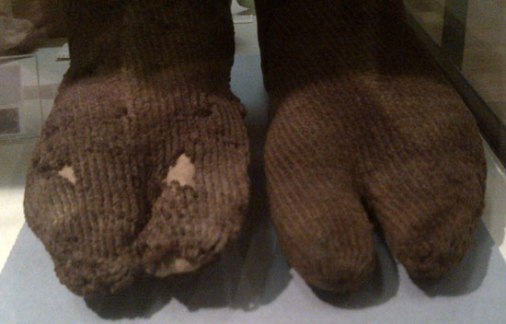 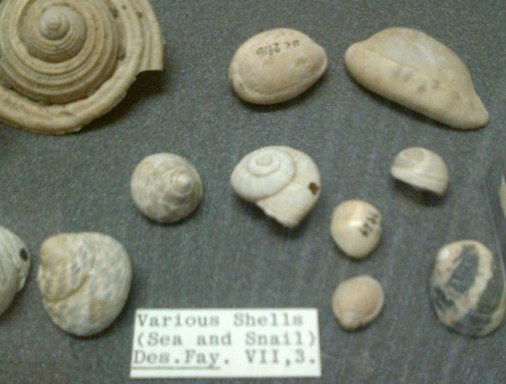 And there is, in a sense at the heart of the collection, a single brown pebble. It is labelled UC. 5949 Brown pebble. For all I know, there are brown pebbles exhibited in museums of Egyptology the world over – it seems they were used for grinding pigments for make-up or paint. But it is as good an indication as I have ever found that I was in a museum of Everything, Everything being, not the totality I might once have expected, but a complete fragment of that totality: the sort of precise, local, and necessarily uncensored sample that Borges or Perec might have dreamed of, an attic in the form of a museum.

The Petrie Museum of Egyptian Archaeology,

10 thoughts on “Flinders Petrie and the Museum of Everything”