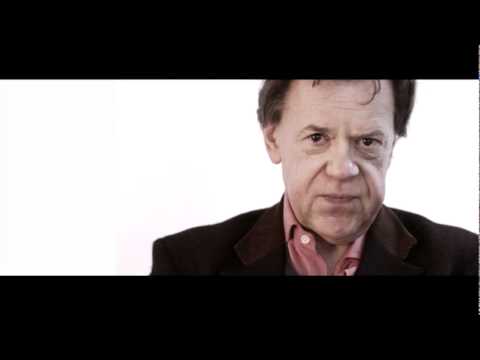 Jonathan Meades – who gave an exclusive interview to The Dabbler earlier this year – has a new book out via Unbound – here, Jonathan Green reviews it…

The gathering together of US farming families for the purpose of rolling newly cut logs, so heavy that a single family could not achieve the feat, has presumably vanished. The noun log-rolling, first defined as the ‘combination for mutual assistance in political or other action’, and attributed to the proverb ‘you roll my log and I’ll roll yours’, emerged around 1820 and remains available. It would appear that it is, under a variety of euphemistic or obfuscatory synonyms, among the foundations of modern democracy. There is another meaning and the OED keeps it short if not sweet: ‘mutual puffing in literary publications.’ Puffing, in case there are those who have missed it, is ‘the giving of extravagant or unwarranted praise or commendation.’  As for literary publications, they are in ever shorter supply, and we must take refuge where we may.

When young one admires those who, better versed, better knowledgeable, above all better articulate, put into words what you can only, and because one is young, inchoately think. Thus my sole hero remains Lenny Bruce who had, so it seems to me, the ability to place in context the entire universe. The dicta that I heard from Bruce at age fifteen remain the principles by which I assess the world, even if, to my frustration, I may not always manage to use them in the way I conduct my life within it. Bruce also has the qualification that permits his heroic status: he is dead.

At last encounter Jonathan Meades was far from dead. This encounter was in the flesh because we are old friends, and, since what follows concerns his latest book, Museum Without Walls, published by the crowd-sourced Unbound, I had better use the term log-rolling before anyone else takes the opportunity. He has reviewed me, fulsomely (though not invariably so); this is not a quid pro quo – I have little doubt that he needs my encomium far less than do I his – but one must declare one’s interest and that is mine.

It is not unalloyed admiration. The world who watch TV see Mr Meades in suits, and maybe wonder, before passing to the enjoyment of his scripts, if he pays his tailor. I have seen Mr Meades in a stained purple track suit. It was not a pretty sight and had I grandchildren I could undoubtedly use the photos to frighten them into good behaviour. Fortunately it was a short-lived one. But let it never be said that my adulation is unmediated by the cold light of truth.

It has been said that in his TV series, Mr Meades is the BBC’s great excuse: the get-out clause that permits the corporation’s foisting upon an all-too-eager public the endless varieties of an otherwise unremitting flood of dross. An intellectual who can be exhibited to critics as the antithesis of ‘reality TV’. (And am I alone in finding it amusing that the UK’s founder of such circuses was a direct descendant of the man who built London’s sewers?)  This  may be true at B.H., but not elsewhere. For what Mr Meades offers both on TV and in print, is a far more ‘real’ picture of the world than the caperings of what he terms ‘the cretinocracy’. Like Bruce, and other, older satirists, he has the ability to state with eviscerative  clarity what most of us merely struggle to think. He has been compared to Rabelais, but other than in his love of words I am not sure. A parallel evocation of Swift seems spot-on.

Museum Without Walls is a collection of ‘lectures, essays  polemics, squibs and telly scripts’ and since, as he notes, ‘the product of an obsessive preoccupation with places […] with their ingredients, with how and why they were made’, there is much of the same architectural discussion that runs through the TV series. But the pieces are equally concerned with other aspects of places: ‘their power over us, their capacities to illumine the societies that inhabit them and, above all, with the ideas that they foment’. Places, says Meades, represent ‘the greatest of free shows’ and that given, ‘everything is fantastical if you stare at it for long enough… there is no such thing as a boring place.’

If I happen to outlive him I shall allow him hero-worship; for now I shall merely applaud. Not least because, as we say down here chez slang, he don’t take no shit. He writes first and foremost for himself, because that is the single individual whose ‘peccadilloes and limitations’ he knows best; referencing, as ever, the French intellectual tradition, he notes the author Regis Jauffret who is ‘disgusted by writers who think of their readers’. As I say: he says what lesser mortals merely think.

If his is a ‘real’ world then its reality is reinforced by the rendering his opinions as statements of the obvious. There is undoubtedly a choir to whom he preaches; whether he also gains converts, I cannot say. He does not, other than rhetorically, argue. He has no time for sensibilities, especially those represented by the delusions and superstitions of true belief whether secular or spiritual. He does not turn the other cheek, merely gives a well-deserved slap to the mealy-mouthed ignoramus who proffers it. He admits to hate; he admits to teaching it to himself. I imagine that he appreciates revenge.

Is there anything positive within what the smug and self-righteous of the Guardian’s CiF would shy from as an edifice of elitist disdain? Of course. As readers we benefit from Mr Meades’ intelligence and widely-ranging knowledge. He gives excellence – of all sorts – its due. Perhaps most important of all: he has wit. Yes, humour, but beyond that, the original definition: ‘The faculty of thinking and reasoning in general; mental capacity, understanding, intellect, reason.’ And while CiF may not understand, it is not mandatory to agree; one can still appreciate. With the material on display it is hard, perhaps impossible, not to think, to add in one’s own opinions, voiced or otherwise. Ideologies splinter, turn topsy-turvy, vanish. What matters is ‘creativity, resourcefulness, the impetus to make.’ The problem, implies Jonathan Meades, proving it in his every evocation of the true ‘reality’, is the creator.

11 thoughts on “Book Review: Museum Without Walls by Jonathan Meades”